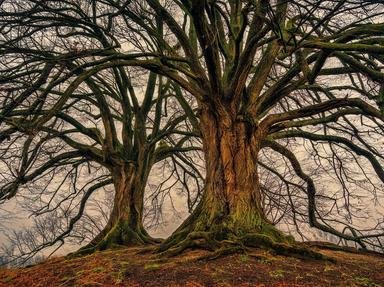 Tick, tick, tick. The bomb's about to go off- the timer's counting down. Identify these ten films about bombs or timed devices and make sure to cut the right wire! Good luck!

Quiz Answer Key and Fun Facts
1. In this 1999 film, Tim Allen and Sigourney Weaver were able to reach the detonation device in time to stop it, but when they pressed the button it kept counting down. It didn't matter - the timer stopped a 0:01 anyways, just like in their TV show. What movie was it?

Also starring Alan Rickman and Tony Shaloub, "Galaxy Quest" followed the story of a group of actors who once filmed a sci-fi show (many years earlier). When their captain, played by Tim Allen, was contacted by aliens who needed help to defeat an evil force, they had no choice but to help out (they DID get sucked into a wormhole at one point). At one point, the evil Sarris planted a bomb on their ship and both Tim Allen and Sigourney Weaver had to navigate its interior in order to stop it. This was all for nothing anyways - just as in their show, the bomb would've stopped at 0:01. The makers of their ship followed the show to the finest details.
"Galaxy Quest" was directed by Dean Parisot (who also did "Fun With Dick and Jane" in 2005) and earned over $90,000,000 in the box office. Quite simply, it was well-received by audiences, critics, and "Star Trek" actors (who were clearly mocked) alike.

...10.
2. Trapped in a containment dome, the citizens of one town needed to simply await their doom by timed bomb in this long-awaited 2007 movie. The bomb exploded, but not before being tossed outside the dome by the main character and his son, while riding aboard a motorcycle. What animated feature was it?

"The Simpsons Movie" was extremely well-received upon its release. With the show approaching its twentieth year by the time the film was released, its expectations varied for viewers, but earning over $500,000,000 in the box office, it was a hit. In the film, a nearby lake was polluted by toxic wastes. When Homer's actions caused the town to be quarantined in a large dome, the family was forced to flee (and they escaped through a sinkhole). Eventually, the plan was to bomb the inside of the dome, wiping everything out. Homer and Bart boarded a motorcycle in one last attempt to save Springfield - and they did.

...9.
3. Winner of a 'Best Picture' Oscar, this 2009 film was about a bomb disposal unit during the Iraq War. What was the name of this critically-renowned film, directed by Kathryn Bigelow?

In 2009. "The Hurt Locker" was the second-highest ranked film by critics (beaten only by Disney/Pixar's "Up"). Starring Jeremy Renner, Ralph Fiennes, and others, the movie was nominated for nine awards in the Academy Awards ceremony held in 2010. It beat James Cameron's "Avatar" in 'Best Picture' and 'Best Director' (making Bigelow, Cameron's ex-wife, the first female director to win the award). "The Hurt Locker" was shown at the Toronto International Film Festival (though it premiered in Venice) and it followed a group of EODs as they diffused live bombs in Iraq during wartime.

...8.
4. In this film, the timer wasn't so much counting down a bomb as it was sealing off an infection. With mere hours to spare, Umbrellas workers needed to head into 'The Hive', an underground facility, to reboot a mainframe. Zombies were involved. What was this 2002 movie?

Starring Milla Jovovich and directed by her husband, Paul W. S. Anderson, "Resident Evil" loosely followed the plot of the original game in the series of the same name. Set in an underground facility known as The Hive, the major pharmaceutical company, Umbrella Corporation, accidentally created a toxin that could regenerate dead human tissue. Evidently no one read the memo (Re: zombies). A group was sent in to reboot the place but that simply let the zombies loose. What followed was a mad dash to the surface and a number of sequels starring Jovovich as Alice, a character left unseen in the games and novel tie-ins. "Resident Evil" also starred Michelle Rodriguez and earned over $100,000,000 in its first film. The game series was first created by Capcom in 1996. Clearly, Jovovich got out before the timer hit zero; she appeared in the next movies.

...7.
5. Project Vulcan was well underway in the end of this 1997 Mike Myers film. As a drill was being sent to the center of the Earth to cause all of Earth's volcanoes to erupt, it was imperative that the protagonist of the movie hit the abort button at the last moment. What movie was it?

With Dr. Evil planning to hold the world ransom, Austin Powers was unfrozen after nearly forty years in order to stop him. Struck with the shock of awakening outside the groovy 1960s, Powers needed to acclimate himself to the modern world and prevent Evil's 'Project Vulcan' from being completed. In the end of the film, Powers was able to successfully press the abort button. The "Austin Powers" series revisited this final countdown motif in "The Spy Who Shagged Me" and "Goldmember".
"Austin Powers: International Man of Mystery" was released in 1997 and earned almost $70,000,000 in the box office. Later films earned tons more and all sent Austin into space, through time, and underwater to stop Dr. Evil in James Bond-esque scenarios.

...6.
6. Quite simply, there was a bomb on the bus. Go under fifty miles an hour, and an explosion would be triggered. Starring Keanu Reeves and Sandra Bullock, what movie was it?

"Speed" was an early action film role for emotionless robot Keanu Reeves (who did act in many movies before...including "Point Break"), Sandra Bullock, and the late Dennis Hopper. In "Speed", Keanu Reeves boarded a bus with a bomb affixed to the bottom and fought to keep it going in the Los Angeles streets. A slew of events later, Bullock also ended up with a bomb strapped to her chest. Planes exploded, buses exploded, houses exploded, trains derailed...it was an expensive day for L.A. "Speed" took home $350,000,000 (to pay for damages?) and it constituted a bad sequel set on a boat: "Speed 2: Cruise Control". Reeves didn't come back, Bullock did.

...5.
7. Jeff Bridges, playing a university professor, suspected that his neighbours (Tim Robbins and Joan Cusack) were terrorists in this 1999 movie. In the end he found himself face-to-face with a bomb, confirming his suspicions. What movie was it?

Jeff Bridges, who would later win an Oscar for 'Best Actor' in 2010 (for "Crazy Heart"), starred in this Mark Pellington film, released in 1999. The film, with many inherent ties to the Oklahoma City bombings, involved a terrorist plot which Bridges would try to uncover over the course of the film. His neighbours, Robbins and Cusack, weren't so easy to read but the signs were there. In the end, they tricked him, put a bomb in his car, and let him drive into his own demise for meddling in their affairs.

...4.
8. Bruce Willis chose to stay behind to detonate a bomb on a giant asteroid to split it in two. What was the name of this 1998 movie, also starring Ben Affleck?

Another film by explosive director Michael Bay (boom!), "Armageddon" was one of the most popular movies in 1998, earning over $560,000,000 in the box office. Bruce Willis played an oil rig driller who needed to head to the asteroid to split it in two and detonate a bomb. This, in turn, would cause the asteroid to split in half and fly past Earth, preventing the destruction of the planet. Affleck played a co-worker who was pining for Liv Tyler's love. Too bad she was Willis' daughter! The film featured an all-star cast and was Bay's most explosive and expensive work to date!

...3.
9. Will Smith and Tommy Lee Jones had to fight to reclaim Orion's Belt in this 1997 movie. If they didn't retrieve it before a timer hit zero, the planet would be destroyed (boom!) by aliens. What movie was this?

Starring Will Smith as Agent J and Tommy Lee Jones as Agent K, "Men in Black" took a look into an American organization devoted to ensuring that the aliens of the universe were both undetected on Earth and comfortable amongst us. When Orion's Belt was at the center of a major inter-planetary war, they needed to stop an evil bug creature from taking off from the planet with the device. This movie was followed by a sequel in 2002 though the original earned almost $600,000,000. The director, Barry Sonnenfeld, later directed Smith in "Wild Wild West"

...2.
10. In this movie, a choice was made. Either a high-ranking politician or his girlfriend could be saved. In either case, bombs would explode. Who would Batman be able to save? What was the name of this 2008 movie?

Heath Ledger, as the Joker, planted Rachel Dawes (Maggie Gyllenhaal) and Harvey Dent (Aaron Eckhart) in two different warehouses, each tied to a chair with a bomb. Whoever could be retrieved would be saved before the timer counted down to zero, but Batman (Christian Bale) needed to make a choice. The Joker tricked Batman though, and Rachel was killed. Harvey Dent later became Two-Face.
"The Dark Knight" became one of the highest-grossing films ever made, after its release, earning over one billion dollars in the box office and receiving unanimous critical acclaim. Ledger would go on to win a posthumous 'Best Supporting Actor' Oscar. Director Christopher Nolan also directed "The Prestige", "Memento", and "Inception". 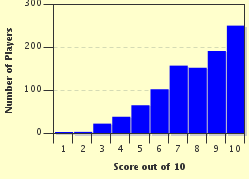 Related Quizzes
This quiz is part of series Commission #10:

It only made sense, for the Author Lounge's tenth Commission, to ask authors to write ten-question quizzes all revolving around the number ten. Here are the more-than-ten quizzes we had written for this milestone Commission in June 2010.

More Something in Common Quizzes