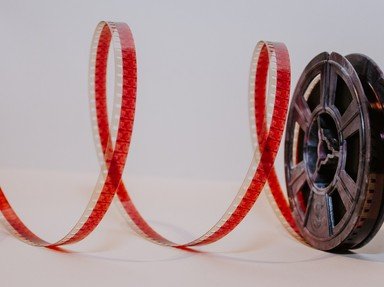 Share on Facebook
Share on Twitter
Share by E-Mail
Author
ubermom
Time
5 mins
Type
Multiple Choice
Quiz #
321,355
Updated
Dec 03 21
# Qns
10
Difficulty
Average
Avg Score
7 / 10
Plays
159
This quiz has 2 formats: you can play it as a or as shown below.
Scroll down to the bottom for the answer key.

Quiz Answer Key and Fun Facts
1. The note reads, "Dearest, Since you have canceled our engagement, I have decided not to marry you. I am leaving to sail around the world so that I will forget you. Yours, but not anymore, Buster." Into the envelope it goes. How does Buster seal his letter?


Answer: With his tears

Floating in his little boat, Buster raises the envelope and is about to lick the flap when he thinks better of it. He wipes his eyes with his pinkie and moistens the flap with his lonely tears. He passes the envelope to a friend with instructions to deliver it, then pushes off.

Buster's boat, the Cupid, is a tiny dinghy, with a canvas cabin and a small gasoline motor.
2. Buster sets off in his little dinghy, the Cupid. Several days later Buster is sporting a greasepaint beard. He scans the empty horizon. He pulls the picture of his beloved out of his shirt -- where he's carrying it next to his broken heart -- then settles in for a hardtack snack. Then he settles down for a nap. He wakes to see that he is approaching a whaling ship, the Love Nest. An inter-title informs us that the captain, Big Joe Roberts, punishes minor offenses with death. How does Buster end up aboard the Love Nest?


Answer: He just cruises up to it and is pulled aboard.

If there's any particular reason for Buster to board the Love Nest, it's been long since lost. We just see him climb the stairway onto the ship. The captain takes him below deck and hears his tale.

Big Joe Roberts, a former vaudevillian like Keaton, was a neighbor in Buster's childhood summer home of Muskegon, Michegan. Robert's huge bulk was a striking contrast to Keaton's tiny frame. Keaton used Roberts in 19 of his independent films, from "One Week" -- the first one Keaton released, in 1920 -- to "Our Hospitality" -- Roberts' last, in 1923. Big Joe died of a stroke shortly after filming on "Our Hospitality" was completed.
3. Buster soon gets to see what sort of discipline Captain Joe maintains. A crew member spills coffee on the captain's hand, and gets tossed overboard. Captain Joe isn't entirely heartless, though -- he throws a wreath into the sea to mark the hapless man's watery grave. How does Buster respond to all this?

If there's any expression on Buster's face at all, it might be best described as a mild, bland curiosity.

One other fixture of The Love Nest is established here, besides Captain Joe's unforgiving nature and stockpile of wreaths. The man at the wheel remains almost as impassive as Buster throughout the bulk of the film, sticking to his duty and showing no response to anything until near the end.
4. After the crewman is tossed overboard, Buster follows Captain Joe back below deck, where the captain crosses the dead man's name off the crew list. Buster signs on as the steward. The next day his greasepaint beard is gone, and he's set the task of swabbing the deck. How does Buster screw this up?


Answer: He dumps the water through an open hatch onto the captain.

Buster doesn't do a very good job at swabbing the deck. He holds the mop right behind the head, cleaning about half a dozen tiny spots before he decides he's done and tosses the dirty water aside.

But another crewman, who Buster accidentally smacks with the mop, shoves him aside and takes the mop and bucket from him. As a result, it's this crewman who get the blame for Captain Joe's dousing, and gets tossed overboard. Buster hands the captain a wreath to toss after the man, then follows him back down below deck. Buster glances backward toward the cast off crewman and rolls his eyes as he sinks from sight.
5. Buster has dodged a bullet already when the other crewman got tossed overboard for his mopping debacle. Next, he dodges a bullet when he gets caught handling one of Captain Joe's possessions. What?

Buster is dusting when he spots the gun hanging on the wall. He takes it down, admires it, and takes aim at the captain's door, only to have the captain walk out and end up staring down the barrel. After an awkward moment, Buster marches up on deck, down the stairs into the water -- never breaking stride -- until he's completely submerged, porkpie hat and all. Bubbles rush to the surface. Buster comes walking back up the stairs -- gun in one hand, an enormous fish in the other.
6. In an effort to avoid his predecessor's fatal error, Buster uses a funnel to pour Captain Joe's coffee. But he still manages to spill it. How?


Answer: He accidentally grabs the tablecloth and drags it off, and the cup and pot with it.

Buster backs away, mildly alarmed but mostly resigned to his fate. He takes off his hat and hangs his head in shame, goes up on deck and chooses a wreath for himself. He puts the wreath around his neck, climbs on the railing -- and gets hauled back by the seat of his pants.

He's puzzled. Isn't he supposed to go overboard? Captain Joe shakes his head no. Perhaps he's moved by Buster's show of contrition.
7. The lookout spots a whale. A crewman hands Buster a rope and instructs him to tie the end to the rail. Buster can't figure out how to do this so he just holds on tight to the rope and braces himself. He gets yanked overboard by the harpooned whale, but comes swimming back, towing the whale. He hands the rope end to Captain Joe -- who gets yanked overboard himself. Buster dons the captain's hat, announces he's the new captain, and promises the crew what?

"All hands on deck!" cries Captain Joe when the whale is spotted. Buster, obedient but quite the landlubber, gets on his knees and plants his hands firmly on the deck. He watches in bewilderment as the other crewmen rush to the harpoon gun. Some copies of "The Love Nest" include a gag in which the captain adds the order, "All hands to port!" Buster rushes down to the liquor cabinet and comes up with a bottle of port.

When the captain goes overboard, Buster tosses a wreath after him. As Buster is addressing the crew, the captain climbs back aboard, casts the wreath angrily aside, and advances on the accidental mutineer.
8. The wrathful captain climbs back aboard, and chases everybody off the ship, except for Buster, who seeks refuge below deck. The other crewmen make off in the longboat, but by the time Buster falls overboard, they're long gone. He manages to get back aboard the ship. How does he escape from Captain Joe?


Answer: Buster sinks the ship and floats away in the lifeboat.

When Captain Joe returns to the ship, Buster scrambles below deck. Everybody else dives overboard to escape his wrath -- including the steersman, who had been so impassive that he'd needed an extra shout for the captain to get him moving.

We cut briefly to the crewmen climbing aboard the longboat, so we know they're safe. But now Buster is alone with a wrathful Captain Joe.

Cornered below deck by the captain, Buster tries to defend himself with the gun, but it's not loaded. He takes the picture of his sweetheart from his shirt and kisses it goodbye, crosses his name off the crew list -- and takes off running. He ends up stunning himself and just walking off the ship into the sea, but he grabs hold of the rope that had been towing the longboat, and is able to board again, after nightfall.
9. After escaping from Captain Joe, Buster again ends up in great peril. What is the source of the peril?

Buster sinks the Love Nest out from underneath the life boat -- playing solitaire to pass the time while he waits to be buoyed off the deck. He rows away, and ties his little boat to what turns out to be a practice target for naval maneuvers. The big guns hit their target. Buster gets blown sky high -- and as he falls, he wakes up. It was all a dream!
10. Awakened from his dream of a whaling ship, and still aboard the Cupid, Buster takes stock of his situation. He's out of food. He's out of water. He's out of fuel. As he ponders the scene off the starboard bow, what does he see?


Answer: A woman swimming past

Buster looks at the woman, calmly swimming by, then looks back over the top of the Cupid's canvas cabin. It turns out he'd never untied from the pier. He journey took him nowhere outside his dream. The end.
Source: Author ubermom

This quiz was reviewed by FunTrivia editor jmorrow before going online.
Any errors found in FunTrivia content are routinely corrected through our feedback system.
Related Quizzes
1. Little Ashes Average
2. Looking For Alibrandi Average
3. The Little Vampire Average
4. "A Life on Our Planet" Average
5. Love Don't Cost a Thing Average
6. The Lion in Winter Average
7. "Love Happens" (2009) Doesn't It? Average
8. Do You Have Your "License To Drive"? Tough
9. Lion Average
10. Lost and Delirious Average
11. Lianna Tough
12. Looking For An Echo Average