This is a follow up to my Dave Lyrics Quiz. I'm not as happy with this one but please give it a try anyway. The first half has lyrics and the rest is just random stuff.

Quiz Answer Key and Fun Facts
1. Work ourselves, fingers to the bone. Suck the marrow drain our souls.


Answer: Pay for What You Get


Answer: What Would You Say

3. What's that you say? You feel the right to remain in this place?

4. My heaven is a nice house in the sky. Got central heating and I'm alright.


Answer: So Much to Say

6. Where was DMB's album 'Everyday' recorded?

They first recorded in Charlottesville, but after firing Steve Lilywhite they re-recorded the album in LA.
7. On what date was 'Everyday' be released?


Answer: I Did It

It was released Jan 4th, 2001. All of the other songs were recorded on the version of the new album with Steve Lilywhite.
9. Dave Matthews got married in the summer of 2000.

10. Which member of DMB appeared in a Twix commercial? 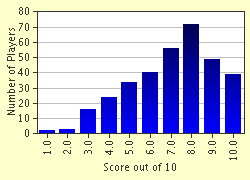 
Other Destinations
Explore Other Quizzes by dmbphreak41