Answer: The Song That Jane Likes

First appeared on the "Crash" CD. "Crash" debuted at number two on the Billboard charts in 1996.
3. "Remunerate For An Item Given in Exchange"


Answer: "Pay For What You Get"

First appeared on the "Under the Table and Dreaming" CD. John Popper of Blues Traveler plays harmonica on "What Would You Say".
5. "Vacant Area Located in the Middle"


Answer: The Space Between

First appeared on the "Busted Stuff" CD or as part of "The Lillywhite Sessions". It is rumored that "Grace is Gone" is about a couple breaking up, and the man is drinking to relieve his sorrows.
7. "Dark Face Covering of Great Length"

This cover tune is included on the "Listener Supported" CD. "Long Black Veil" has been covered by such artists as Johnny Cash and Jerry Garcia.
8. "Do Not Imbibe A Clear, Naturally Occurring Liquid"

First appeared on the "Crash" CD. "Say Goodbye" is a beautiful, simple song about a one night stand. In the morning, the lovers go back to being friends.
10. "Mixer of Spirituous Liquids"

First appeared on the "Busted Stuff" CD and as part of "The Lillywhite Sessions". It is rumored that this song is about Dave talking to God, who is the bartender. This would explain the Biblical references, such as "The wine you gave Jesus to set Him free, after three days in the ground".
Source: Author dmbfanatic 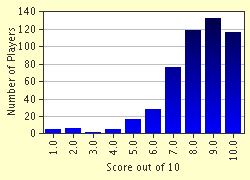 
Other Destinations
Explore Other Quizzes by dmbfanatic