All about Dave Matthews Trivia Quiz

This is a quiz on some biographical information that any fan of Dave should know.

Quiz Answer Key and Fun Facts
1. On what date was Dave Matthews Born?

Dave was born on January 9, 1967 in South Africa.
2. In what South African city was Dave Matthews born?

Johannesburg is the largest city in South Africa.
3. What is Dave's middle name?

Dave received his middle name from his father, who died when Dave was only 10 years old.
4. In what European country did Dave and his family briefly live when Dave was a child?

They lived in Cambridge, England for one year in 1974
5. In what American city did Dave and his family settle?

Charlottesville is where the Dave Matthews Band got its start during the early 90's.
6. Was Dave's older brother was murdered in South Africa in 1994?

Dave's older sister Anne was murdered by her husband. Dave and his other sister Jane took care of Anne's children afterward.
7. Dave worked as a bartender at the jazz club Miller's, where he met some of the members of Dave Matthews Band.

Dave Matthews Band also played at the club Trax nearly every Tuesday night and a small restaurant called Eastern Standard when the band first formed.
8. What are the names of Dave's twin daughters?

Grace Anne and Stella Busina were born in August 2001 to Dave and his wife Ashley.
9. What is the name of Dave's first solo album?

"Some Devil" was recorded in Dave's home studio in Seattle in 2003.
10. Does Dave play the guitar left-handed? 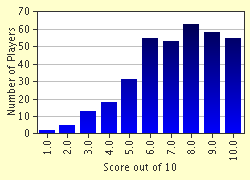 
Other Destinations
Explore Other Quizzes by crushdmb