"The language and concepts contained herein are guaranteed not to cause eternal torment in the place where the guy with the horns and pointed stick conducts his business" was Frank's answer to the PMRC's infamous "tipper-sticker."

Quiz Answer Key and Fun Facts
1. Frank was influenced by numerous avant-garde and contemporary composers. Which one of the following did he often refer to besides Edgard Varèse?

Allegedly Ike Turner was upset with Frank for paying the Ikettes too much for the session.
4. What was percussionist Ruth Underwood's maiden name?

Ruth also contributed to the 1977 album by Billy Cobham called "Inner Conflicts." She played marimbas and xylophone.
5. What is the numerical title of the instrumental track that Frank co-wrote and performed with Indian violin legend, Shankar?

It appears on You Can't Do That On Stage Anymore Vol. 6. Frank introduced it as follows:


Answer: "Eddie, Are You Kidding"

Ït appeared on "Just Another Band From LA" and featured Flo and Eddie.
7. What type of sandwich did Frank's family eat while he was growing up?

This "tasty little morstle" was chronicled in "The Real Frank Zappa Book" written by Frank and Peter Occhiofrosso.
8. Who sang "Heavenly Bank Account" on "Zappa's Universe?"

Rockapella also did a Folger's coffee commercial a while back.
9. Who is the Zappa family friend who narrated "Frank Zappa: American Composer" a radio documentary produced By Steve Rowland and Gail Zappa for NPR?

D'Angelo appeared with Chevy Chase in the "National Lampoon Vacation" series.
10. Who was "the Indian of the group?"

Jimmy Carl Black was born Feb. 1st 1938 as James Inkanish Jr. in
El Paso Texas. He met Roy Estrada and Ray Collins and started the band called "The Soul Giants" which became the Mothers (of Invention). Black recorded regularly with Frank from 1966 to 1971. He always wanted to know "when are we gonna get paid?"
11. What was the name of the "hair" band who's lead guitar player was immortalized in "Punky's Whips?"

His name was Punky Meadows and he was a finalist to replace Ace Frehley in KISS in 1982.
12. What was the name of the album that first featured people talking inside of a piano?

Every track was realized and performed on the Synclavier except "St.Etienne" which was recorded by one of Frank's touring bands.
15. What is UMRK? 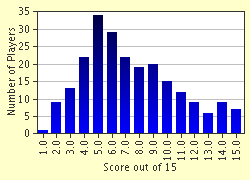 
Other Destinations
Explore Other Quizzes by JamesLake