Frank Zappa was one of the great musical geniuses of the late twentieth century. Even if you don't know much about him, take this quiz as an introduction to a man of integrity, humor, and unbounded creativity. Have fun!

Ringo played the role of Larry the Dwarf who was dressed like Frank Zappa and shared his unique hairstyle.
2. Three members of which 60's hit-making group later joined Frank Zappa and the Mothers of Invention?

Mark Volman.Howard Kaylan, and drummer Jim Pons of the Turtles were members of the Mothers of Invention for several years.
3. Which is NOT the name of one of Frank Zappa's children?

4. Which guitar player was a member of a band fronted by David Lee Roth as well as one led by Frank Zappa?

Eddie Van Halen never played in Frank Zappa's band although he did actually give guitar lessons to Frank's son Dweezil.
5. Where did Frank Zappa study music?

6. What is NOT the title of a Frank Zappa song?


Answer: Requiem for an Armadillo

To the best of my knowledge NO ONE has recorded 'Requiem for an Armadillo'.
7. Which of the following is the title of a Frank Zappa INSTRUMENTAL composition?

9. The quote 'The Present Day Composer Refuses To Die' appeared in the liner notes of several Frank Zappa albums. To whom is this quote attributed?

10. What was the cause of Frank Zappa's death?

Early detection of his cancer would have most likely prevented the untimely death of this musical genius. If you are over forty get annual tests for prostate cancer.
Source: Author Akhnaten 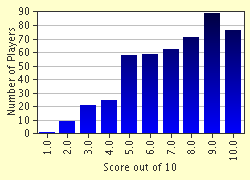 
Other Destinations
Explore Other Quizzes by Akhnaten