Inside you will find questions that have nothing to do with lyrics or the obvious about Queen. It is for the more devout Queen fans. Good luck!

Quiz Answer Key and Fun Facts
1. According to the pieces he used, how old is Brian May's guitar?

Brian made the guitar completely from scratch with his father, Harold. They used a mantlepiece for the wood that was over 200 years old, so in a way the guitar is that old as well.
2. What is Freddie's real last name?

He was born Farookh Bulsara on Zanzibar, but in school they called him Freddie. He later changed his last name, supposedly after the Roman messenger god Mercury.
3. What did Roger Taylor's son say that inspired him to write 'Radio Ga Ga'?

His little boy was listening to the radio when he uttered those words. At first the song 'Radio Ga Ga' was saying how out of style the radio was, after some urging Roger made it an anthem saying radio would never die.
4. What is the name of Brian's guitar?

Even now Brian primarily uses his home made guitar.
5. Whose back yard did they use to film the videos for 'We Will Rock You' and 'Spread Your Wings'?

It was a blustery cold day and not a fun shoot for the band. The crew kept forgetting the member's names! Check out Roger's expression during the videos, he is not happy at all.
6. How did John's name appear on Queen's first album, 'Queen'?

He, being the youngest and newest member, didn't feel he could stand up for himself on that first album. But sure enough on the second album he fessed up and demanded to have his correct name, and he won.
7. What song was written in the car after the band previewed some of the 'Highlander' movie?


Answer: Who Wants To Live Forever

They were so inspired by the love story they saw that they immediately started writing this song in the car on the way home.
8. What opera singer did Freddie Mercury make an album with?

Freddie was so awe struck by her voice that he wrote a song for her, 'Barcelona', which they later did together on the album.
9. What B-Side has many references to other Queen songs?

'Soul Brother' was a B-Side from the 'Hot Space' era, with lyrics like 'When your under pressure...he won't let you down...cause he's somebody you can love' and 'He's my best friend, he's my champion. And he will rock you, cause he's the savior of the universe.' and so on.
10. What is the date of Freddie's death?

He died the day after announcing that he had AIDS in a public statement. He died of AIDS-related pneumonia.
11. What was Freddie's inspiration when designing Queen's crest?

Freddie, with a degree in art and design, took the signs (two Leo's, a Cancer and a Virgo) and created what is a very familar sign today.
12. What was the last album Queen toured for?


Answer: A Kind Of Magic

Freddie was the one who decided that he didn't want to tour any more. The band skirted around questions from the press on why they stopped, but of course that was when the rumors of Freddie's illness started up.
13. What song did Queen cover and use as a concert closer?


Answer: God Save The Queen

Queen used a recorded version of this song that they made to close concerts.
14. Who was the lead singer of Smile?

Tim decided the band wasn't going anywhere and left to pursue a solo career, but urged his flatmate Freddie to work with the band, which Freddie was more than keen to do! The rest is history...poor Tim.
15. Brian May produced this mock band's album.

Meeting at a concert where Brian and some one else played behind a curtain which later was moved to reveal that not Bad News but those guitarists were playing, Bad News asked Brian to produce an album if they ever made one. Brian agreed, thinking it would never happen. One day they contacted him and he produced their album. On it they even covered 'Bohemian Rhapsody'...in an interesting way.
16. 'Death On Two Legs' is 'Dedicated to...', who is it dedicated to?

Their first manager at Trident embezzled their earnings, after a few major hits John needed money to buy even a little flat for he and his new wife, while the management was getting new Rolls Royces! They dumped him and moved on. When this song came out he tried to sue for defamation but since no name was applied he lost. Kind of admitting guilt, eh?
17. What song did Freddie write in the bath tub?

He was in the tub at a hotel and got inspired for the song, it is supposed that he even had the piano brought tubside to allow him to compose.
18. What song is dedicated to John Lennon?

John Lennon was a favorite of a few of the band members.
19. Kenny Everett played 'Bohemian Rhapsody' how many times over the course of two days ?

This DJ begged for a copy of the song, promising that he wouldn't play it (it wasn't even properly pressed for release yet!) but he couldn't resist! He would start playing it, then stop saying he wasn't allowed but finally he played it...14 times over two days!!
20. Which is the first occurance where the name of a Queen song is also the name of an album?

Interestingly enough the song does not appear on the album of the same name, but on 'News Of The World' instead.
21. This video has kid versions of Queen members performing on stage.

This video, filled with scantally clad men and women in a sauna setting, groping and caressing, would be tame by today's standards, but back when MTV was new they were afraid of what people would think and they banned the video.
23. Which video was a 'drag' for the band members?


Answer: I Want To Break Free

It was Roger's idea to dress as women, inspired by characters from 'Coronation Street', a British soap opera. The band loved the idea and had a great time!
24. Freddie always considered this song a 'duet' with the audience when they performed it live.


Answer: Love Of My Life

Freddie always turned into a conducter during certain parts as the audience sang. No matter what language was spoken by the crowd, they always knew the words to that song and sang it, a 'duet' with Freddie.
25. Who did the animation for the 'These Are The Days Of Our Lives' animated video?

Although very risque for Disney, they did indeed do the sketchy animation for the animation clips seen in this video.
Source: Author discodivafever 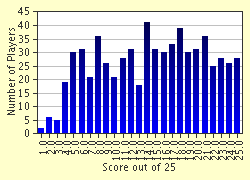 Related Quizzes
1. Queen, Over Easy Easier
2. Mercury, May, Deacon, or Taylor: Songs Of Queen Easier
3. (The) Queen and I Average
4. Queen Average
5. Who Wrote What? Part One Average
6. Who Wrote This Queen Song? Average
7. Song by Song: "Bohemian Rhapsody" Average
8. The Most Underrated Queen Song Ever Average
9. Bo-Rap, the One and Only Average
10. News of the Game at the Races Average
11. Queen Will Rock You! Average
12. Queen Average


Other Destinations
Explore Other Quizzes by discodivafever