Here are some very easy questions based on Queen.

Quiz Answer Key and Fun Facts
1. How many band members were in Queen?

The band was John Deacon, Roger Taylor, Brian May, and Freddie Mercury.
2. Which band member, sadly enough, died in 1991?

He died in his home in London the day after he announced that he had AIDS.
3. Which band member had the long curly hair?

He was the lead guitarist, and for a while after Queen split up, he went out on his own.
4. What Queen member never sang?(So people say.)

He was the last member to join the band and he said he couldn't carry a tune. Although a few people think he sang in some recorded songs, including myself.
5. Which Queen member was born in Africa?

His real name was Farouqh Bulsara and he was born in Zanzibar.
6. Did Freddie Mercury play an instrument?

He played the piano and could also play everyone else's instruments but on a very rare occasion.
7. Who played bass guitar?

Now he is the father of six kids and also my personal favorite Queen member.
8. Who wrote the majority of the "hard rock" songs?

His "slowest" song was "Who Wants to Live Forever".
9. Who was the only blond of the band?

One of Queen's greatest hits, worldwide. It was released in 1975 and re-released when Freddie Mercury died.
Source: Author C.A gumby 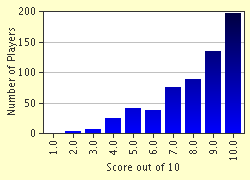 Related Quizzes
1. Queen, Over Easy Easier
2. Mercury, May, Deacon, or Taylor: Songs Of Queen Easier
3. (The) Queen and I Average
4. Who Wrote What? Part One Average
5. Who Wrote This Queen Song? Average
6. Song by Song: "Bohemian Rhapsody" Average
7. The Most Underrated Queen Song Ever Average
8. Bo-Rap, the One and Only Average
9. Queen Will Rock You! Average
10. News of the Game at the Races Average
11. By Queen - or One of Its Members Average
12. Who Wrote What? Part Two Average


Other Destinations
Explore Other Quizzes by C.A gumby