I will give you part of the lyrics and you choose a song and artist. Questions are mostly multiple choice. Have fun!

For me it is very suggestive text and it really makes you feel better about your break-up. It lets out your anger. The song is on the album "Jagged Little Pill".
2. "...you've been creepin', sneakin', sleepin' with another..."


Answer: Anastacia: Why'd you lie to me


Answer: The Corrs: Give Me a Reason

Celine Dion has no such song as "In Blue", but it is the name of an album of The Corrs. Also, I am not aware of the existence of Madonnaīs song "Drowning in You".
4. "...now that you are out of my life, I'm so much better..."

This was the most successful song from the 1995 album "Something to Remember".
7. "...you and me, we used to be together, every day together, always..."

Tkis is also the first line of a song that was written after Gwen Stefani broke up with her boyfriend.
8. "...Iīm cold and I am ashamed lying naked on the floor..."

The song was released on the album "Left of the Middle" in 1998. It was also a very successful single.
9. "...it's been seven hours and fifteen days, since you took your love away..."


Answer: Sinead O'Connor: Nothing Compares 2 U


Answer: Madonna: The Power of Goodbye

All of these songs are from the album "Ray of Light", released in 1998. I hope you enjoyed the quiz:o)
Source: Author wife_of_aragorn 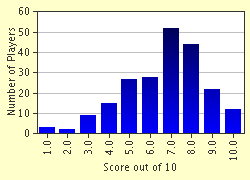 
Other Destinations
Explore Other Quizzes by wife_of_aragorn