A quiz on many of the talented ladies in rock n' roll. Good luck with the quiz.

Quiz Answer Key and Fun Facts
1. She was the lead singer in a band called Big Brother and the Holding Company. They scored several hits, such as "Piece of My Heart" and "Cry Baby". She also had a posthumous number one hit with "Me and Bobby McGee". Who was this dynamic rock singer?

Joplin was found dead of a drug overdose in her hotel room in October, 1970. She was recording a solo album entitled 'Pearl'. Joplin was 27 years old.
2. Which of these was Pat Benatar's first top ten hit?


Answer: Hit Me With Your Best Shot

Pat Benatar was one of the best-selling female artists of all time. Her video 'You Better Run' was the second to debut on MTV in 1981, also making her the first female to be featured on the network. 'Hit Me With Your Best Shot' was from Benatar's 1980 album, 'Crimes of Passion'.
3. Which of these groups features the sisters Ann and Nancy Wilson?

'Heart' was a hard rock group from Seattle, Washington. They had many hits in the 1980s, such as 'Never', 'Alone', 'These Dreams' and 'What About Love'.
4. "The beat was going strong, playing my favorite song, and I could tell it wouldn't be long till he was with me, yeah, me." These lyrics were from which one of Joan Jett's megahits?

Joan Jett was originally from the group, The Runaways, along with Lita Ford, another female rock icon. She later formed another rock band, The Blackhearts. She later had a successful solo career.
5. Which female metal queen recorded "Close My Eyes Forever" with Ozzy Osbourne?

Lita Ford was formerly in the band, the Runaways, with Joan Jett. 'Close My Eyes Forever' was from Lita Ford's 1988 CD, Lita. She had another hit from the CD, 'Kiss Me Deadly'.
6. "I've been doing things your way for way too long, well baby that's over (baby that's over), it won't be easy but I've got to be strong, and if I want to cry I don't need your shoulder." What group/artist was known to have these lyrics?

Vixen was a female hair metal band in the late 1980s from Los Angeles, California. Their self-titled debut CD contained the hit 'Edge Of A Broken Heart'. It was released in 1988.
7. Who was the lead singer of the grunge band, Hole, and was married to Kurt Cobain of Nirvana?

Love's band, Hole, released their breakthrough CD, 'Live Through This', a few months after Cobain's suicide. Kristen Pfaff, the group's bassist, died of drug overdose just prior to the release. The CD produced the hit 'Doll Parts'.
8. Which of these talented women was responsible for 1990s hits such as "You Oughta Know" and "Ironic"?

Morissette is a Canadian singer. Her 1995 CD, 'Jagged Little Pill' won four Grammy awards and by 2010 sold over thirty million copies worldwide.
9. Which Sheryl Crow CD produced the hits "All I Wanna Do" and "Strong Enough"?

'Tuesday Night Music Club' was released in 1993. The CD took off after the successful third single, 'All I Wanna Do'.
10. Which Fergie song has the lyrics "can't help it, the girl can't help it"?

Stacy Ferguson (Fergie) was a member of the female group Wild Orchid. She was later in the group Black Eyed Peas. In 2006, she released her first solo CD, "The Dutchess".
Source: Author diamondjim68 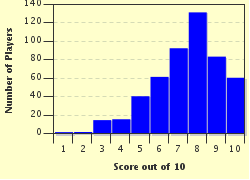