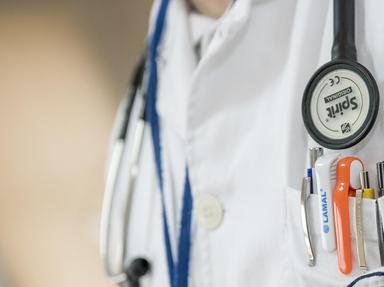 Match the doctor to the 'speciality'.

Dr. Benjamin Spock (1903-1998) is NOT to be confused with Mr. Spock! Dr. Spock is from Earth - specifically born in New Haven, Connecticut. He was an American pediatrician, whose ground-breaking book "Baby and Child Care" was published in 1946. It was one of the best-sellers of all time, and changed the old-fashioned ideas about child rearing.

The major message Dr. Spock espoused was for parents (mainly mothers at that time) to trust their instincts; he said "you know more than you think you do".
2. Neonatology

Dr. Virginia Apgar (1909-1974) was an obstetrical anesthesiologist. She was the first woman to be named a full professor at the Columbia University College of Physicians and Surgeons. In the field of neonatology, she devised the "Apgar Score" i.e., "the first standardized method for evaluating the newborn's transition to life outside the womb".

British surgeon Joseph Lister (1827-1912) employed Pasteur's theories in microbiology to bring sterile conditions into the operating room. He pioneered techniques to sterilize surgical instruments and to cleanse wounds. His work helped reduce post-operative infections and make operations safer. Lister became known as the "father of modern surgery". Aside from these ground-breaking techniques, he also developed a way to repair kneecaps with metal wire, and improved the way mastectomies were performed.
4. Sexologist

The Kinsey Reports were actually two books about human sexual behavior; they were co-authored by Alfred Kinsey (1894-1956), and published in 1948. The full titles were "Sexual Behavior in the Human Male" and "Sexual Behavior in the Human Female". Considering the times in which these books were printed, i.e., when repression was the norm and 's-e-x' was not discussed, the whole concept was shocking! He founded the Kinsey Institute for Sex, Gender and Reproduction; his findings were based on personal interviews with thousands of subjects, across different ages, religions and socioeconomic groups.

He helped remove some of the cultural taboos that existed.
5. Smallpox vaccine

English physician and scientist Dr. Edward Jenner (1749-1823) was responsible for creating the world's first vaccine. The vaccine was for the disease smallpox, a disease which had taken the lives of millions of people over the centuries. In later years, scientists followed his example which led to life-saving vaccines for other deadly diseases like polio, tetanus, typhus and many more. By 1970, the World Health Organization announced that smallpox had been eradicated!
6. African missionary

"Dr. Livingstone, I presume?" That was Henry Morton Stanley's greeting upon meeting Dr. David Livingstone (1813-1873) in Africa on November 10, 1871. Livingstone was a scientific investigator and explorer who was preoccupied with finding the source of the Nile River.

He reasoned that a discovery of such importance would lead to fame and power; however, he did not want the power for self-importance but, rather, as a means to "remedy an immense evil", i.e., the African slave trade. For his works he was posthumously named as a national hero in 1874.
7. Psychologist

Dr. Joyce Brothers (1927-2013) was a psychologist (long before Dr. Phil), a columnist, a TV personality and a game show winner. She has been called "the mother of media psychology". In the 1950s she had an advice show where she would counsel people with problems, before Frasier Crane started "listening". Aside from her TV appearances, Dr. Brothers also wrote a daily newspaper advice column from 1960 to 2013.

British born Elizabeth Blackwell was the first woman to graduate from medical school in the United States. In 1832, she and her family moved to the US. Ms. Blackwell had a friend suffering from a terminal disease, but she was embarrassed to go to a male doctor ("Hobson's choice").

This inspired Blackwell to study medicine; after independent study with doctors, she was accepted to Geneva Medical College in upstate New York, in 1847. The other students thought her admission was a practical joke, but Blackwell went on to graduate in 1849, ranked first in her class. Congratulations, Dr. Blackwell!
9. Conspired with John Wilkes Booth

Have you ever heard the expression "his name is mud", meaning one who is in disgrace? Well, the origin of that phrase is based on Dr. Samuel Mudd (1833-1883), a Maryland physician. After John Wilkes Booth shot President Lincoln, Booth fractured his leg while escaping.

In the early hours of April 15, 1865, Booth arrived at the home of Dr. Mudd, a known advocate of slavery. Mudd performed surgery on Booth's leg and, within a day, Mudd was arrested. He was subsequently imprisoned for conspiring with John Wilkes Booth in the assassination of President Abraham Lincoln.
10. Polio vaccine

Jonas Edward Salk (1914-1995) was an American physician, medical researcher and virologist. After Dr. Salk received his MD from New York University, he interned at Mount Sinai Hospital and went to the University of Michigan on a fellowship. In 1947, at the University of Pittsburgh, he began doing research on polio, also known as infantile paralysis.

In 1953 he had developed an experimental polio vaccine which he tested on himself and his family. By 1955 the vaccine was approved for general use, potentially saving millions of lives, and Jonas Salk became a national hero.
Source: Author nyirene330 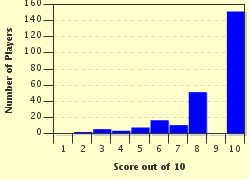 Related Quizzes
1. Medical Transcription Knowledge Average
2. So You Want to be an Emergency Medical Technician Easier
3. Nursing Assistants Average
4. Phlebotomists: We Want Your Blood! Average
5. Types of Doctors Average
6. Take Two And Call Me Tomorrow Average
7. You: The Emergency Medical Technician Tough
8. Nursing 101 (United States) Average
9. So You Want to Be a Human Lab Rat? Tough
10. Doctor(s), Who ... Very Easy
11. The Lady is a Doctor Difficult
12. Just What the Doctor Ordered Average