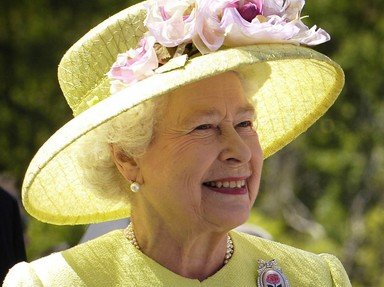 Elizabeth II was the longest reigning English queen. She is the subject of my very first quiz. I hope you enjoy it.

Quiz Answer Key and Fun Facts
1. With what name was Her Majesty christened?

17 Bruton Street was her parents' home until they moved to 145 Piccadilly shortly after her birth. Windsor Castle is the monarch's country home just outside London. Buckingham Palace is the monarch's official London residence.
3. What was Elizabeth II's sister's name?

As a child, Elizabeth called her sister 'Bud' because she said Margaret wasn't a fully grown rose yet. Anne is the Queen's daughter, Alexandra is her cousin and Sarah is her niece (Margaret's daughter).
4. What number monarch was Elizabeth II since the reign of William the Conqueror?

Victoria was the 35th monarch, Edward VII was 36th, and Prince Charles, as heir apparent, became the 41st monarch on the death of his mother.
5. Who was the Queen's husband?

Charles, Andrew, and Edward are her sons.
6. Name Elizabeth II's children, from oldest to youngest.

The genealogy is Queen Victoria, Edward VII, George V, George VI, Elizabeth II.
8. When and where was Elizabeth II crowned?

Elizabeth became Queen on her father's death in 1952 but was only crowned in 1953 in Westminster Abbey, the site of all coronations since 1066. (In modern times it has been standard practice to wait till the year after the death of the last monarch before the coronation). St Paul's Cathedral is where Charles and Diana married in 1981 and Westminster Cathedral is a Catholic cathedral.
9. Who were Elizabeth II's parents?

Sandringham House in Norfolk was one of the Queen's private residences and was where the Royal Family spent their Christmas holidays. The Island of Mustique in the Caribbean was a favourite holiday venue of the late Princess Margaret. Balmoral Castle in Aberdeenshire, Scotland, was another of the Queen's private homes and to which the Royal Family retreated every year in August-September. Windsor Castle was an official residence of the Queen just outside of London and was where she spent Easter.
Source: Author Noleen 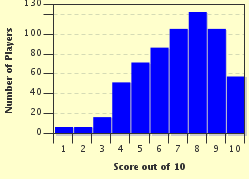 Related Quizzes
1. Queen Elizabeth II: War to Coronation Average
2. The Queen By Any Other Name... Tough
3. A Right Royal Mess? Average
4. God Save the Queen! Elizabeth II Easier
5. And We Live to Keep the Promise Average
6. Remembering The Queen Average
7. The Queen's Gifts Average
8. 'Lilibet's' 50 Year Reign Tough
9. The Queen's Title Tough
10. London Bridge Is Down Average
11. The Queen of Our Lives Average
12. Seventy Years on the Throne Average


Other Destinations
Explore Other Quizzes by Noleen