Prince Philip, husband of England's long reigning Queen Elizabeth II, was notorious for not just putting his foot in his mouth, but firmly jamming in his second foot as well. Here is a selection of his gaffes made over the years.

Quiz Answer Key and Fun Facts
1. "You managed not to get eaten then?" said Prince Philip to a British student in which island country in 1998?

The student had been trekking through the New Guinea highlands, and Prince Philip's remark referred to the cannibalistic traditions of the local tribes. Probably not the most appropriate of circumstances to mention it, though.
2. In 1981 Prince Philip made this pithy comment: "Everybody was saying we must have more leisure. Now they are complaining they are ___."

Prince Philip made this timely remark in 1981. It was in reference to high levels of joblessness during the recession.
3. On a visit to Australia in 1992, Prince Philip said, "Oh no, I might catch some ghastly disease", when he was asked if he wanted to stroke which local animal?

Koalas, although cute and cuddly-looking, can inflict nasty scratches. Although generally referred to as "koala bears", they are not a bear but a marsupial. They seem to take great delight in urinating on visiting dignitaries and celebrities, so this was probably a wise move by Prince Philip.
4. "Where's the ___?" Prince Philip asked this when he was presented with a hamper of southern goods by the American ambassador in London.

This incident occurred in 1999. A true connoisseur, always check out the booze first!
5. A Prince Philip classic from the year 2000: "People think there's a rigid class system here, but dukes have been known to marry chorus girls. Some have even married ___."

On a visit to the American Embassy in London, Prince Philip imparted the message that deep down we are really all equal. (In fact, Edward VIII abdicated to marry American Wallis Simpson.)
6. "Dontopedalogy is the science of opening your mouth and putting your foot in it, a science which I have practiced for a good many years." Prince Philip made this address to which group of people in 1960?

Prince Philip was quite aware of the gaffes that he made, which made everyone wonder if he actually said them on purpose. He made the remark in the question to the General Dental Council 1960.
7. Of which of his children did he make the comment: "If it doesn't fart or eat hay, he/she isn't interested"?

Princess Anne was an accomplished equestrian, even competing at the 1976 Olympic Games in Montreal. Prince Philip, though, was not overly impressed.
8. To an aspiring thirteen year old student, Prince Philip said, "Well, you'll never fly in it, you're too fat to be a(n) ___."

The student was hoping to become an astronaut and fly the NOVA rocket when Prince Philip made this cutting remark. This occurred at Manchester's University of Salford.
9. "You look like you're ready for bed!" To the visiting president of which country did Prince Philip make this remark?

The President of Nigeria in 2003 was Olusegun Obasanjo. He was dressed in his traditional ceremonial robes for the occasion.
10. On a 1966 tour of the Caribbean, Prince Philip made the comment, "You have mosquitoes, we have ___."

Prince Philip made this remark to the matron of a Caribbean hospital. Obviously the press was really annoying him.
Source: Author stredman 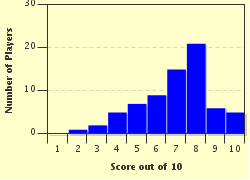 
Other Destinations
Explore Other Quizzes by stredman