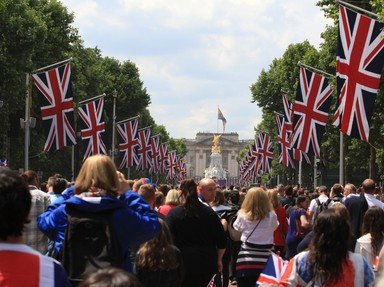 This is a quiz about Queen Elizabeth II. This is my first quiz, so I hope you like it. Good luck.

Elizabeth was named after her mother, great-grandmother Queen Alexandra, the wife of Edward VII, and her grandmother, Queen Mary, the wife of George V. Elizabeth was the first child of her parents, the future Queen Elizabeth (the Queen Mother) and George VI. (At the time of her birth, they were the Duke and Duchess of York and had no reason to expect that there would be any crisis on the death of King George V).
2. How old was Elizabeth when she became Queen?

The date of her coronation was 2nd June 1953, but in a hereditary monarchy the new monarch succeeds immediately on the death of his or her predecessor.
4. Who was Elizabeth's great-great-grandmother?

Queen Mary was Elizabeth's grandmother, Queen Alexandra her great-grandmother, and Queen Juliana was Queen of the Netherlands. Queen Victoria reigned from 1839-1901. She was christened Alexandrina Victoria but ruled using the name Victoria. She became Queen upon the death of her uncle William IV.
5. What did Prince Philip have to give up in order to become a British citizen and marry Elizabeth?


Answer: His title of Prince of Greece

A law passed during Queen Victoria's reign said that any direct descendant of hers would be born a British subject no matter where they were born or raised.
6. When was Prince Charles, the Queen's eldest son, born?

When Prince Charles was born, Elizabeth sent everyone a gift basket who had had a baby on November 14, 1948. Her family was against her naming him Charles because of the past monarchs that had been named Charles.
7. Princess Diana had watched movies and played games with the royal family when she was young.

Diana's father lived on the Sandringham estate in Norfolk, and Diana was often invited over play and socialize with the younger royals, Prince Edward and Prince Andrew, so the royal family knew Diana before she began to go out with Prince Charles.
8. What was the exact date of Elizabeth II's coronation?

The coronation was set on this day so that it wouldn't disrupt the 'political diary'. It was the earliest date that they could use without causing disruption.
(In modern times in Britain it has been customary to leave a year between the death of the former reigning monarch and the coronation of his or her successor).
9. How many children did Elizabeth have?

They are Prince Charles, Princess Anne the Princess Royal, Prince Andrew, and Prince Edward.
10. What two tragic things happened in 2002, the year of the Queen's Golden Jubilee?


Answer: The deaths of Princess Margaret and Queen Elizabeth the Queen Mother

Both Princess Margaret, the Queen's sister, and Queen Elizabeth the Queen Mother died in 2002. They died within weeks of one another.
Source: Author lizzie2108 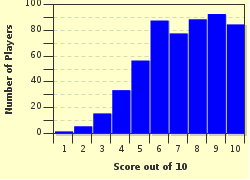