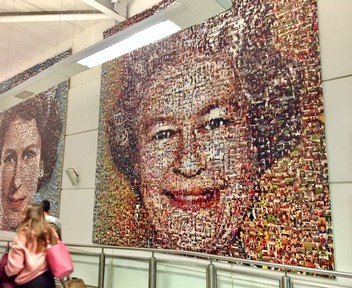 Elizabeth II was born Princess Elizabeth Alexandra Mary at 2.40 am on 21 April 1926 in London at 17 Bruton Street. "The Queen's Birthday" however, is the day on which the birthday of the monarch of the United Kingdom and the Commonwealth countries is officially celebrated. The date of the celebration varies from country to country.

She was the first child of the Duke and Duchess of York, but she was not born to be the heir to the throne as she was third in line. Her father's older brother was first in line, next her father, then her. It was only in 1936 when her Uncle Edward abdicated that she became the next in line after her father.
2. Who was the husband of Queen Elizabeth II?

Prince Philip, the Duke of Edinburgh was born Prince Philip of Greece and Denmark on 10 June 1921. He was born into the Greek and Danish Royal Families, but his family was exiled from Greece when he was a small boy. He was educated in Germany and Britain. He joined the British Royal Navy when he was 18 and served during World War II. After the war he renounced his titles and adopted the surname "Mountbatten" from his British maternal grandparents and was known as "Lieutenant Philip Mountbatten". After his marriage to the then Princess Elizabeth he became His Royal Highness the Duke of Edinburgh. He passed away in April 2021.

Princess Elizabeth was 13 years of age when she first met 18 year old Lieutenant Philip Mountbatten, who was a distant cousin. When they married in 1947 she was 21 years of age.
3. Who was the father of Queen Elizabeth II?

During 1951, the health of Princess Elizabeth's father, King George VI, was in decline. In early 1952 Elizabeth and her husband, Prince Phillip set out to tour Australia and New Zealand via Kenya. On 6 February 1952 they had just returned to Sagana Lodge, in Kenya, where they were staying, after spending a night at Treetops Hotel, when Elizabeth received the news that her father had died. She was immediately proclaimed Queen throughout her realms and she immediately returned to London.

The coronation of Her Majesty Queen Elizabeth II took place in the Abbey Church of St Peter, Westminster, on Tuesday 2nd June 1953. More than 8,000 guests attended including Prime Ministers and Heads of State from around the World. After being handed the four symbols of authority - the Orb, the Sceptre, the Rod of Mercy and the Royal Ring of sapphires and rubies - the Archbishop of Canterbury placed St Edward's Crown on her head. A shout of "God Save the Queen" was heard and gun-salutes were fired as crowds cheered.
5. How many children did Queen Elizabeth II and the Duke of Edinburgh have?

Buckingham Palace has served as the official London residence of Britain's sovereigns since 1837 and is the administrative headquarters of the Monarch. It has 775 rooms which includes 19 state rooms, 52 royal and guest bedrooms, 188 staff bedrooms, 92 offices and 78 bathrooms. The Palace is also the venue for great royal ceremonies, state visits and investitures. More than 50,000 people visit the Palace each year as guests to banquets, lunches, dinners, receptions and the royal garden parties.
7. Who visited the Queen every week when she was in London?

As Head of State, the Queen maintained close contact with the Prime Minister, with whom she had a weekly audience when she is in London (usually on Tuesday or a Wednesday). Over the reign, Her Majesty gave regular weekly audiences to fourteen Prime Ministers. They are:

The Queen owned more than 30 corgis during her reign. Her first corgi, Susan, was given to her as a present on her 18th birthday. A good proportion of these have been direct descendants from Susan.
9. Prior to the landing of Apollo 11 on the moon, Queen Elizabeth II (among other world leaders) sent a message of congratulations. What happened to that message?


Answer: It was deposited on the moon in a metal container

Neil Armstrong and Buzz Aldrin left mementos on the lunar soil of the Sea of Tranquillity, among which was a tiny silicon disc with microscopic messages of goodwill from 73 world leaders. The disc will last on the lunar surface for thousands of years.
10. Technically, what marine creatures were owned by the Queen?

According to a statute from 1324, the Queen still owned the sturgeons, whales and dolphins in the waters around the UK. The statute was made at the time of the reign of King Edward II and stated that "Also the King shall have ... whales and sturgeons taken in the sea or elsewhere within the realm." This statute is still valid today and sturgeons, dolphins and whales are recognised as "Fishes Royal."
Source: Author wenray 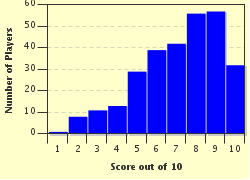