This quiz is about the rather strange circumstances surrounding the tragic death of Diana, Princess of Wales. Have fun conspiracy theorists!

Quiz Answer Key and Fun Facts
1. How many people were in the car when the "accident" happened?

Here are the people: Diana, her boyfriend (Dodi Al-Fayed), her bodyguard (Trevor Rees-Jones), and the driver (Henri Paul).
2. What was the name of the driver of Princess Di's car?

He was deputy security chief at the Ritz, where Diana was last seen alive.
3. What was the name of Dodi's bodyguard?

He sat in front with the driver.
4. What was the make of the car?

The car was completely totaled in the crash.
5. What was the model number of the car?

The S280 wasn't taking the direct route to Dodi's apartment. A car had blocked an exit, forcing them to go through the tunnel.

(references to a W140 in some media reports are to the chassis, not the model of the car)
6. How long was it before Diana got to a hospital?

It took the first doctors only a few minutes to get to the scene. The ambulance took 15 minutes to get there. She was treated for 30 minutes at the scene. And it took 40 minutes for the ambulance to get back to the hospital, it only should have taken 5-10 minutes considering the nearest 24-emergency hospital was only a few miles away.
7. Which of these things really happened to make people think she was murdered?


Answer: There was an extremely bright flash

Witnesses at the scene report hearing a loud explosion before the crash and seeing a flash of light brighter than a camera flash.
8. Some evidence also supported the theory that a car may have pushed the car into the pillar. What type of car was it reported to be?

White paint chips and pieces of a taillight were found embedded in the Mercedes. They were found to have most likely came from a white Fiat Uno, which was never found.
9. What do conspiracy theorists think was the "big surprise" Diana was going to announce soon?


Answer: She was pregnant.

Many thought she was going to announce her engagement to Dodi, that she had converted to Islam, or that she was pregnant with his child; all of which would be catastrophically damaging to the British Royal family.
10. Who is the main suspect in the conspiracy theories about Princess Di's death?

Believe it or not, all three agencies had legitimate reasons to have wanted her dead. The U.S. Government had been made to look bad by Diana because of her work against land mines, which America still use. The Royal Family hadn't liked her since she told reporters her true feelings about them (also see last question).

The Israelis feared the British People would start to waver in their support if the beloved Princess Di were to marry an Egyptian or convert to Islam.
Source: Author LorgSkyegon 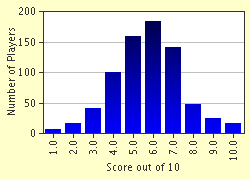 
Other Destinations
Explore Other Quizzes by LorgSkyegon