We three kings (George V, Edward VIII and George VI) all reigned during the year 1936. Your task is to decide to which of us the following descriptions pertain.

George V, father of the other two, broadcast the first Christmas message in 1932, having first been approached with the idea by the BBC some ten years earlier. The tradition was continued by George VI (Edward VIII didn't reign long enough to broadcast one) and Elizabeth II.

The Queen took the message to television, and in the 21st century the internet was added as a platform for the message.
2. Father of two daughters, but no sons

George VI married Elizabeth Bowes-Lyon in 1923, and they had two daughters. The elder, Elizabeth, succeeded her father to the throne in 1952, and in 2015 surpassed Queen Victoria as longest reigning British monarch. The younger, Princess Margaret became Countess of Snowdon when her husband, Antony Armstrong-Jones was created Earl of Snowdon.

They later divorced, and Margaret died in 2002.
3. Governor of the Bahamas

By then styled the Duke of Windsor, after his abdication in favour of his brother, the former Edward VIII was governor of the Bahamas during most of the Second World War, from August 1940 until March 1945. Believed by many to have fascist sympathies, his appointment to the Bahamian post was seen to offer fewer opportunities to express them than a post at home would have done.
4. Known as David to family

Victoria had become Empress of India in 1876, and the title was passed on to subsequent monarchs, until India (and Pakistan) achieved independence in 1947. At that time George VI ceased to be Emperor of India, though he remained King of both India and Pakistan until they became republics some years later.
6. Married a divorcee

His decision to marry "the woman I love" was the major reason Edward VIII abdicated his throne after less than a year. The American Wallis Warfield Simpson was not only divorced, but twice so, and marriage to a divorced woman was deemed inappropriate for the head of the Church of England, as the King was at that time. I have it on good authority (my mother) that young women in England wept when listening to his abdication speech on the radio, in December 1936.
7. Movie was made about my speech impediment

The 2010 movie "The King's Speech" looked into the stammer which plagued George VI when he was younger, and his relationship with speech therapist Lionel Logue, who helped him to overcome it. All three kings were portrayed in the film, by Colin Firth (George VI), Guy Pearce (Edward VIII) and Michael Gambon (George V).
8. Reigned longer than the other two

George V's reign was longer than those of his two sons combined, lasting close to 26 years from May 1910 until January 1936. George VI reigned for just over 15 years, from December 1936 until February 1952. Sandwiched between them was the 326-day reign of Edward VIII.
9. Served aboard HMS Bacchante, as a teenager

As the second son of Edward VII, George V was originally destined for a career in the Royal Navy. He and his elder brother, Albert Victor, served as midshipman aboard the corvette HMS Bacchante for three years. Albert Victor, also known as the Duke of Clarence, died in 1892, moving brother George up the line of succession.
10. Wife died aged 85

Mary of Teck, called "May", married the future King George V in 1893. They had five sons and one daughter. Mary died in March 1953, aged 85, having outlived her husband by seventeen years.
Wallis Warfield married the Duke of Windsor (formerly Edward VIII) in June 1937, and died in 1986, aged 89, outliving her husband by fourteen years. They had no children.
Elizabeth Bowes-Lyon married the man who became George VI in 1923, and became known as the Queen Mother upon his death in 1952. The elder of their two daughters became Elizabeth II at that time. The Queen Mother lived to the age of 101, passing on in March 2002, outliving her husband by fifty years.
Source: Author spanishliz 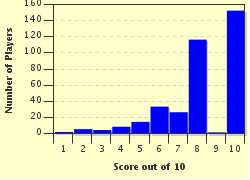