Princess Anne is one of my favorite members of the British royal family. See how much you know about her. Have fun!

Obviously, royal children have more than two names! Also, it's interesting to know that the reigning monarch has to approve the names of each royal child. If he/she disapproves, the name has to be changed.
4. What are Anne's parents' names?

At the time of Anne's birth, Elizabeth was not yet queen. She was Princess Elizabeth and Philip was (and still is) the Duke of Edinburgh.
5. Where did Anne attend school?

Benenden is an exclusive private school for girls in England, although they call them 'public' schools. She was a good student, excelling in sports and was elected "Head Girl."
6. To whom was Anne married on November 14, 1973?

She met Captain Mark Phillips through friends who shared a love of all things equestrian. Their home, Gatcombe Park, which was given to them by the Queen, is used for equestrian events. The atmosphere, compared to other royal residences, is very 'laid back.' Anne doesn't employ a huge staff and has even been known to cook dinner for friends.
7. Anne has two children. What are their names?

Peter was born in 1977 and Zara was born in 1981. They are the Queen and Prince Philip's oldest grandchildren. They have no royal titles because Anne and Mark chose to let them lead as normal a life as possible, without the media attention the other members of the family receive.
8. Anne was the victim of an attempted kidnapping. Who was the man who tried to kidnap her?

According to the biography, "Elizabeth," by Sarah Bradford, Ian Ball had a history of mental illness. He tried to pull Anne out of a car when she and her husband were returning home from a charity function in 1974. Anne stayed very calm. However, her detective, the chauffeur, a journalist and a policeman were shot during the attempt.
9. Anne was divorced from her first husband. Whom did she marry the second time?

Anne and "Tim," as he is known, were married in Scotland in 1992. Laurence was a senior officer in the British Royal Navy and was serving as an equerry to Queen Elizabeth II when he first met Anne.
10. Anne became a grandmother in 2010. What is her first grandchild's name? 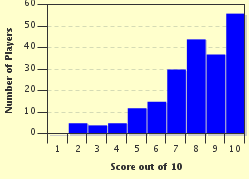 
Other Destinations
Explore Other Quizzes by nermalmama