The House of Windsor at War Trivia Quiz

This quiz is about what the British Royal Family did during World War II. I hope you find it interesting!

Quiz Answer Key and Fun Facts
1. Where did Princesses Elizabeth and Margaret live during most of World War II?

Windsor Castle is the oldest royal residence in use.
2. Who was the King of Great Britain during World War II?

George VI became King in 1936 after Edward VIII's unexpected abdication.
3. Who called Queen Elizabeth, the consort of George VI, "the most dangerous woman in Europe"?

Hitler called her that because of her ability to rally the morale of the British people. This quote came from a website called the Unofficial British Royal Family Pages.
4. How many times was Buckingham Palace bombed during World War II?

Eventually repairmen replaced the broken glass windows with plastic for the duration of the war.
5. What branch of the armed forces did Princess Elizabeth enter in 1945?

Princess Elizabeth commuted to her military training every day from Windsor Castle.
6. Which member of the royal family was killed during World War II?

The Duke of Kent was killed in a plane crash over Scotland in 1942.
7. King George VI and Queen Elizabeth lived at Buckingham Palace full time throughout the war.

In fact, the King and Queen commuted each day from Windsor Castle to Buckingham Palace.
8. What was the name of the secret plans to evacuate Princesses Elizabeth and Margaret in case of German invasion?

The plan called for the use of armored cars and the evacuation of the Princesses to Canada.
9. Where is Windsor Castle located?

Windsor Castle has massively thick stone walls and extensive dungeons.
10. Who was the heir to the British throne during World War II?

Princess Elizabeth was the Heir Presumptive to the throne, because she was a female. If she had been a male, she would have been Heir Apparent.
Source: Author POTUSUSA 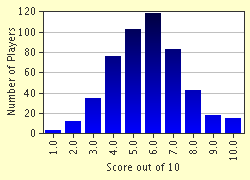 
Other Destinations
Explore Other Quizzes by POTUSUSA