The Life And Times Of Diana, Princess Of Wales Quiz

How much do you really know about the late Princess Diana? Take this quiz to find out.

Quiz Answer Key and Fun Facts
1. Lady Diana Spencer was born on July 1, 1961. What was the middle name her parents gave her and for whom was she named?

The little Lady Diana Frances Spencer, who was named for her mother and her ancestor the Lady Diana Spencer, (who also nearly married a Prince Of Wales), was the only one of the Spencer children not to have a Royal as a godparent.
2. Lady Diana attended a finishing school in Switzerland. What was the name of the school?

The Institut Alpin Videmanette was located in the Rougemont municipality, Switzerland. Diana attended there for several weeks in 1978. She came home because she was bored and homesick.
3. Where was Diana first photographed with Prince Charles as their courtship began?


Answer: fishing in the River Dee

Diana was first spotted and photographed by royal watcher James Whittaker, fishing with Prince Charles in the River Dee. Diana had a scarf covering her head and used her hand held compact mirror to watch the photographer over her shoulder. She then turned and proceeded up a hill, her face turned away from the camera, toward Prince Charles' vehicle.

They got in and drove off. By the next Monday, Whittaker had ascertained her name and address.
4. Who gave Diana the famous "Lady Di" fringed hair cut, and also did her hair on her wedding day?

It was at "Headlines" salon that owner and head hairdresser Kevin Shanley first gave Diana the "Lady Di" fringe. He said he wished he would have had her grow it out more for the wedding so he could have put it up. He felt that the heat and humidity in the glass coach had made her fringed style go flat. Richard Dalton, who worked for Kevin at "Headlines" and then went off on his own, gave her the longer 1940s style she wore after Prince Harry was born in 84/85. Sam McKnight gave her the very short, very layered look she wore in the early 1990s. Natalie Symons gave her the smooth pushed back look she wore shortly before her death.
5. Who was Lady-in-Waiting to Princess Diana for all the years she was married?

Anne served Diana faithfully during her marriage to Charles. Diana often said that Anne kept her going many times when she wanted to quit, especially on foreign tours.
6. What completes this statement, issued in 1992? 'It is announced from Buckingham Palace that with regret that ...'


Answer: The Prince and Princess of Wales have decided to separate.

Charles and Diana's separation was announced by Prime Minister John Major on these terms to Parliament: "I wish to inform the House that Buckingham Palace at this moment is issuing the following statement - It reads as follows: It is announced from Buckingham Palace that with regret the Prince and Princess of Wales have decided to separate.

Their Royal Highnesses have no plans to divorce, and their Constitutional positions are unaffected. This decision has been reached amicably, and they will both to continue to participate fully in the upbringing of their children.

The Queen and the Duke of Edinburgh though saddened, understand and sympathize with the difficulties that have led to this decision. Her Majesty and His Royal Highness particularly hope the intrusions into the privacy of the Prince and Princess may now cease.

They believe that a degree of privacy and understanding is essential if Their Royal Highnesses are to provide a happy and secure upbringing for their children, while continuing to give a whole-hearted commitment to their public duties."
7. What is the name of the "Panorama" interviewer that got Diana to admit to her affair with Major James Hewitt?

The Princess gave an interview to the British television show "Panorama" that confirmed the information in the Andrew Morton book, "Diana: Her True Story". She did admit to adultery with Major James Hewitt, something, that in the book, Morton had denied.
8. According to Diana, why was her marriage to Charles "a bit crowded"?


Answer: Because there were "three in the marriage" Charles, herself and Camilla Parker-Bowles

From the Panorama Interview:

QUESTION: Do you think Mrs Parker-Bowles was a factor in the breakdown of your marriage?
DIANA: Well, there were three of us in this marriage, so it was a bit crowded.
9. Who is credited with giving Diana the title "The People's Princess"?

It was Prime Minister Tony Blair and his speech writers who first gave Diana the title "The People's Princess" - here's the speech: "...people everywhere, not just here in Britain, everywhere, they kept faith with Princess Diana. They liked her, they loved her, they regarded her as one of the people. She was the people's princess and that's how she will stay, how she will remain, in our hearts and in our memories forever."
10. How many charities did Princess Diana serve over the years? 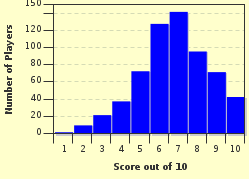 
Other Destinations
Explore Other Quizzes by CAOnline