In 2013 I viewed the exhibiton "Diana: a celebration", and was able to learn more about Diana's family and early life before her royal marriage.

Quiz Answer Key and Fun Facts
1. Interestingly, I found that Princess Diana was born on which of the Queen's estates?

Princess Diana was born at Park House on the Queen's Sandringham estate. Her mother, Frances Ruth Roche, was actually born there; her family rented the home from the Royal Family as Diana's maternal grandmother, Lady Fermoy, had been a lady-in-waiting to Elizabeth, the Queen Mum. Diana played with Princes Andrew and Edward who lived next door as a child.
2. When Diana's father became Earl Spencer, the family moved to which ancestral home?

Althorp has belonged to the Spencer family for over five hundred years. In 1508 a three hundred acre estate was acquired by Sir John Spencer; and by 1586 it became the principal Spencer home. Today it is the home of an outstanding art collection, including pictures by Rubens, Van Dyck, Reynolds, and Gainsborough. Diana especially enjoyed spending time at Wootton Hall, the main entrance hall of the home.
3. The Spencer women have been very influential in shaping the culture of their age for over three hundred years. Which Queen of England was friends with Sarah Jenyns, who was the seventh great-grandmother of Princess Diana?

Sarah, whose father was a member of Parliament, entered the king's court (James II) as a maid of honor to his second wife, Mary of Modena in 1673. In 1677 she married John Churchill who became a baron (and she Lady Churchill) after proving his loyalty to King Charles II. Sarah was appointed a Lady of the Bedchamber after princess Anne's marriage in 1683.

Although Sarah's husband became Earl of Marlborough during the reign of William and Mary, it was during the reign of Queen Anne that Sarah herself became powerful when she was awarded Mistress of the Robes, Groom of the Stole, Keeper of the Privy Purse, and Ranger of Windsor Great Park.

Her husband accepted the Order of the Garter. Sarah's daughter, Henrietta married into the Spencer family, and when Sarah died she left them her art collection and huge landed estate.
4. Thanks to Diana's father, John Spencer, we know much about Diana's early life. How did he preserve this information?

Diana's father, Earl Spencer, was an amateur photographer. One of the documents in the exhibition was Diana's passport from 1968. There was a note that he had taken both of the photographs on the passport; in fact, he took all of the children's passport photos, usually after they were done bathing when they were at their cleanest! The Earl never exhibited his work.

However, he did publish several books of photographs, both family pictures and pictures of his travels.
5. What type of toys did Diana particularly enjoy as a young child?

In particular there was a soft gingham frog and a soft toy cat in the exhibition. Diana used to have many soft toys on her bed, and she also took them to boarding school with her. In her Kensington Palace apartments there was an area devoted to them.
6. Which nursery school did Diana attend?

Diana's school uniform from Silfield was on display, as well as a picture of Diana with her classmates. One of her friends from Silfield, Alexandra Lloyd, served later as one of her ladies-in-waiting.
7. As a child growing up, Diana's favorite pet was Marmalade, who was which type of animal?

Although Diana did have a pet guinea pig named Peanut, Marmalade was a cat. Marmalade was a gift to Diana from her paternal grandmother and was eventually buried in the Round Oval lake on the property at Althorp.
8. Which of the following activities, according to the "Diana: a celebration" exhibition guide, did Diana do "for hours on end"?

Displayed in the exhibition was a pair of tap shoes that belonged to Diana. The reason she enjoyed Wootton Hall at Althorp is because the floor there was marble and great for dancing! It is said that she desperately wanted to be a ballerina as a young girl.

However, she eventually grew to be too tall. She continued to take dance lessons as an adult, and even surprised Charles once at a performance by slipping out, putting on a costume, and performing on stage.
9. After Diana completed her studies at West Heath, a girl's school, where did she go to attend finishing school?

After leaving West Heath Girls' School in 1977, Diana was sent to a finishing school in Rougemont, Switzerland, called Institut Alpin Videmanette. Staying for only one term due to homesickness, she returned to England and began to work as a nanny. She was seventeen years old. It was about this time that she met Prince Charles, who was dating her older sister, Sarah.
10. At the time of her engagement, Diana was sharing a flat with a group of close friends at Coleherne Court, Earls Court, and working at what type of job?

At her mother's suggestion, Diana did take cooking classes, but never became a fantastic cook. She also did teach dance at one time, but lost the job when a skiing accident caused her to miss three months of work. In addition she did do some cleaning work for her sister, Sarah, and some of her friends.

In April 1979 Diana began a new job as a kindergarten assistant at the Young England Kindergarten in Pimlico, and continued to work there until her engagement to Prince Charles was announced in February, 1981.
Source: Author ponycargirl 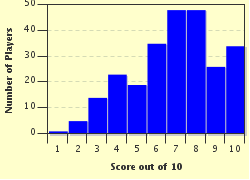