All About Season 6 Trivia Quiz

Only for fans. Contains spoilers.

Quiz Answer Key and Fun Facts
1. Which of these characters does not appear in Season 6?

Preston Burke left the show after Season 3. George O'Malley died in the Season 6premiere, Izzie appeared for two episodes and Reed died in the episode "Sanctuary".
2. In this season, a woman died because of a doctor's lack of attention. Which doctor caused her death?

April saw a man with a axe in his chest and forgot to check the patient's throat. That patient later died and the doctor's were all questioned to determine who was responsible. April was fired, but later rehired.
3. In this season, Owen brought a new surgeon to Seattle Grace Mercy West Hospital. Who is he/she?

Dr. Teddy Altman used to work with Owen in Iraq, during the war. At first, Cristina hated her but Teddy turned to be her Cardio Goddess. Dr. Virginia Dixon was a surgeon who appears in Season 5 and Dr. Addison Montgomery was an Obstetrician who left after Season 3. Dr. Sam Holy doesn't exist.
4. Which doctor changed the color of her hair in this season?

Lexie dyed her hair blonde. Mark Sloan confused her for someone new when he saw Lexie with her back turned to him.
5. While being chief, Derek reestablished the conferences where doctors talk about former surgeries and medical issues. Dr. Webber talked about a patient who had AIDS and Dr. Bailey talked about her internship. Who was the other doctor who talked in the conference?

She was very nervous and, at the beginning, she showed a picture of Arizona and herself on holiday.
6. Dr. Webber's patient, Allison Clark, was declared brain dead and one of the interns had to unplug the machines. The patient's husband didn't agree with this. Who was the doctor that unplugged the machine?

This occurred in the episode "Sympathy for the Parents". Lexie has to turn off the machine because the patient was declared brain dead. Derek, as interim chief, made the call to take the patient off life support.
7. The husband of Dr. Webber's patient, Alison, didn't agree with the doctors' decision to unplug her life support. What was the husband's name?

Michael O'Neill played Gary Clark. In the episode "How Insensitive", he lost a wrongful death case, but still wasn't satisfied. He came back for revenge in the season finale.
8. In the two-part season finale, which doctor gave the gunman the directions to the Chief's office?

Alex Karev was shot while trying to stop Gary Clark, Owen Hunt was in the OR with Teddy Altman doing surgery and Meredith Grey was walking around the hospital. Yang told Clark how to find Derek Shepherd and he told her: "Have a nice day". Because she was helpful to him, he didn't shoot her.
9. The gunman found Dr. Percy and shots him. Then he pointed the gun at Dr. Bailey, who was hidden under one of the beds. He asked her: "Are you a surgeon?" She answered him. What did Miranda Bailey say?

She pretended to be a nurse and survives. Gary Clark only intended to kill surgeons. Dr. Percy died.
10. Derek was shot and Cristina was trying to save his life. The shooter has the gun pointed to her head. Then somebody came into the OR and told the murderer to shoot him/her instead. Who was this person?

Meredith Grey entered the room and says: "You want to kill Derek Shepherd, I'm his wife. You want to kill Richard Webber, I'm the closest thing he has to a daughter. You want to kill Lexie Grey, I'm her sister. I am your eye-for-an-eye." Clark spared Meredith, though, after finding out she was pregnant.
Source: Author Cardiothoracic 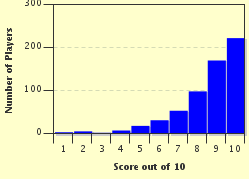 
Other Destinations
Explore Other Quizzes by Cardiothoracic