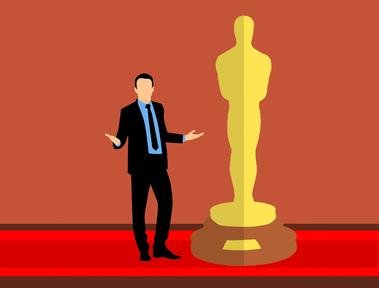 Rosalind Russell created some very memorable film characters over the course of nearly four decades. This quiz celebrates the career of one of Hollywood's greatest dames.

Quiz Answer Key and Fun Facts
1. What was Rosalind Russell's date and place of birth?

The recognized date of her birth varied over the course of career, as she (like many actors) may have shaved two or three years off her age in order to be considered for ingenue roles in the mid-1930s.
2. After training in New York and doing some stage work, Rosalind Russell tested with two film studios and began a contract with a studio which took great pride in its stable of stars and lavish musical productions. What studio signed Rosalind?

Like many new stars at the studio, Rosalind Russell had to play supporting roles while more established actors took the lead roles. Her first role was a "femme fatale" in the Myrna Loy and William Powell film, "Evelyn Prentice" (1934).
3. Five years and nineteen movies after her film debut, Rosalind Russell was cast in a now-classic 1939 MGM film based on a play by Clare Boothe Luce. It was directed by the legendary George Cukor. What was the title of the film?

In the film, a group of women plot and gossip to save the marriage of a wealthy socialite whose husband is having an affair. The film was adapted for the screen by Anita Loos and Jane Murfin. The all-female cast all but two of the biggest female stars under contract to MGM: previous Cukor star Greta Garbo, (1936's "Camille"), and Russell's costar in her 1934 film debut, Myrna Loy.
4. In 1940, Rosalind Russell would be cast in a Howard Hawks romantic comedy that would solidify her star status in Hollywood. She played a character named Hildy Johnson. What was the film?

In the movie, newspaper editor Walter Burns (Cary Grant) uses every trick in the book to prevent his ex-wife Hildy from remarrying. Russell assumed the role after several actresses turned it down. Although the film received no Oscar nominations that year, it has since been ranked by "Premiere" and "Total Film" magazines as one of the greatest comedies of all time.
5. By 1941 Rosalind Russell was an established film star. Her personal life took a turn when she married in October of that year. Her husband would later earn several credits in his own right as a film and theatre producer. Who was Rosalind Russell's husband?

The couple had one son in 1943, Lance Brisson. He started out as a news reporter in the 1960s, and later became CEO of a public relations company. Frederick Brisson and Rosalind were married for over three decades until her death in November 1976.
6. In 1942 Rosalind Russell appeared in a film which earned her first Oscar nomination. She played a character named Ruth Sherwood. What was the film?

In this film, Russell and Janet Blair played sisters Ruth and Eileen Sherwood, who moved from a Ohio to New York City with hopes of becoming a successful writer and actor, respectively. Eileen was portrayed as a "beauty" while Ruth was the "brains". Janet Blair certainly fulfilled the beauty aspect of her role, at the age of 21.

"My Sister Eileen" was a book of autobiographical stories written for The New Yorker by Ruth McKenney, but the play on which the film is based focuses solely on the final chapters, and none of their upbringing in Ohio. The hit 1940 Broadway play starred future Oscar winner Shirley Booth as Ruth, and Jo Ann Sayers as Eileen. Prior to that, Sayers had appeared uncredited very briefly as a debutante in "The Women" (1939).
7. Rosalind Russell received her third Academy Award nomination for her portrayal of Lavinia Mannon in a 1947 film adaptation of a Eugene O'Neill play. What was the film?

The film was directed by Dudley Nichols, who directed Russell to an Oscar nomination the previous year with "Sister Kenny". The story's title alludes to the ancient Greek tragedy, "Electra" by the playwright Sophocles, and is a nineteenth century version of that tale of a grown daughter avenging her father's death.

When Loretta Young's name was announced as winner of the 1947 Academy Award for Best Actress, many observers at that time speculated that Roz stood up and applauded not with the intention of leading a standing ovation, but because she expected to win and thought she had heard her own name.
8. With her movie career starting to cool down, Rosalind Russell took to the Broadway stage in a musical adaptation of "My Sister Eileen". She triumphed, winning a Tony Award for her performance. What was the title of the show?

"Wonderful Town" debuted at the Winter Garden Theatre in the middle of winter 1953 and ran for 559 performances. It won the Tony Award for Best Musical and another for featured performer Edie Adams as Eileen. After that, the musical hit the big screen with the original title of the 1942 film. Betty Garrett played Ruth with Janet Leigh in the supporting title role (though Leigh received top billing).

A television series followed in 1960, starring Elaine Stritch as Ruth.
9. In 1955, Rosalind returned to film in fine form as a schoolteacher in a film adaptation of a dramatic play by William Inge, with an all-star cast led by William Holden. What was the title of the film?

"Picnic" tells the story of a ne'er-do-well drifter who reunites with an old fraternity pal at an outdoor Labor Day gathering. Naturally, tension ensues.

Joshua Logan had directed the play on Broadway. For his film version, he replaced almost his entire original cast, much to their disappointment. Russell's role had been originated by future Oscar winner Eileen Heckart. She was not nominated for an Academy Award for "Picnic", mostly because she did not want to be placed in the supporting category. However, there would be more leading roles in Roz's future, both on stage and screen.
10. In 1956, Rosalind returned to the Broadway stage in "Auntie Mame". She would be nominated for a Tony Award, and then reprise her role on film. What is the full name of her character Russell played?

In the beginning of the story, Mame Dennis becomes legal guardian of her nephew Patrick Dennis. Later in the film she meets and marries a Southern gentleman named Beauregard Jackson Pickett Burnside. After that point in the story, she is addressed as Mrs. Burnside. To further blur the lines of fiction and reality, Patrick Dennis is the pen name of the author of the original novel. Mame raises Patrick to be as liberal-minded as possible, despite Patrick's father's instructions to the contrary in his will.
11. In 1962, four years after she returned to the Broadway stage in "Auntie Mame", Rosalind Russell appeared in the film version of another show that had been a smash hit on Broadway, where her role was originated by Ethel Merman. What was the film?

Since "Auntie Mame" had been such a huge box office draw, it perhaps made sense to cast Russell at the time. However, many critics were disappointed hearing Mama Rose's vocals dubbed by Lisa Kirk (who had co-starred in "Kiss Me Kate" on Broadway a decade earlier). Ethel Merman had become so so identified with the role that hearing anyone else sing "Everything's Coming Up Roses" seemed an injustice. The film did moderately well at the box office, but was nowhere near the runaway hit that "Auntie Mame" was.

In 1993, Bette Midler put her stamp on Mama Rose in a stunning two-part television version which received twelve Emmy nominations. There was no doubt Midler did her own singing. The miniseries was the final project of "Dirty Dancing" director Emile Ardolino, who found clever ways of putting music back into movies at a time when the musical was considered a dead genre.
12. In 1966, Rosalind Russell played a role which at first glance appeared to be quite different from her Broadway role ten years earlier in "Auntie Mame". Her character was a Mother Superior at a girls school run by Catholic sisters. What was the title of that film?


Answer: The Trouble With Angels

The movie was based on a book by Jane Trahey called "Life With Mother Superior". It was directed by Ida Lupino, one of the first and best known female Hollywood movie stars to turn to directing. She called Rosalind "the most patient woman I'd ever worked with", and Russell was equally impressed with her.

At age 59, Russell had scored another box office success with her name above the title. She even starred in the sequel, "Where Angels Go, Trouble Follows" (1968), even though Lupino and original co-star Hayley Mills did not participate. The sequel also was not based on any book by Trahey, but it still drew a large audience.
13. In her later years, Rosalind Russell began to speak publicly about an ailment which plagued her. She would eventually receive the Jean Hersholt Humanitarian Award at the 45th Annual Academy Awards in 1973 for her charitable work and raising awareness, and a research center in her name would later be founded. What is the ailment?

The Rosalind Russell Medical Research Center for Arthritis was founded in 1978 at the University of California in San Francisco, two years after her death. The location is a little ironic, in that there's a line in "Auntie Mame" in which Mame works a switchboard and has trouble connecting a call from that city, so she tells her boss, "There's no such place as San Francisco."

The Jean Hersholt Humanitarian Award was presented to Rosalind by Frank Sinatra. They were friends, but had never appeared in a movie together. This was the same year that "Cabaret" won eight Oscars, and Marlon Brando infamously sent actress Maria Cruz--under the alias "Sacheen Littlefeather"--up to the podium to decline his award for "The Godfather" in protest of what he claimed was Hollywood's misrepresentation of Native Americans.
14. Under the pseudonym "C.A. McKnight", Rosalind Russell wrote a screenplay adaptation of an adventure novel (somewhat comical) by Dorothy Gilman. It was the first in what would be a long-running series of novels. Released in 1971, it would be Roz's final theatrical film. What was the title?

The original title of Dorothy Gilman's book is "The Unexpected Mrs. Pollifax". The story is about a widow with grown children who volunteers her services to the CIA. The tagline was "Mrs. Pollifax--the spy who came out of the kitchen." Although the film starts out on a humorous note, the character ends up in a truly perilous situation taken prisoner alongside a "real" CIA agent played by Darren McGavin.

Although technically an "action" film, it seemed pretty quaint at the time compared to edgier fare that would hit the big screen that year, such as "The French Connection" and "Klute". In 1999, a made-for-TV version aired starring Angela Lansbury, with a retooled story that combined events from subsequent Mrs. Pollifax books. Years later, the original film would find a new audience on Turner Classic Movies.
15. In 1975, Rosalind Russell's completed her autobiography. For a title, she selected a quote from "Auntie Mame". What was the title?


Answer: Life Is A Banquet

In the story, Mame tells her secretary Agnes Gooch that she obviously didn't understand the theme of the book Mame was writing if she wasn't ready to Live life to the fullest. "Life is a banquet," she shouted, "and most poor suckers are starving to death!" The cover photo of Rosalind was taken around the time she was appearing on Broadway in "Wonderful Town"; it is now featured on the website for the arthritis research center bearing her name.

After completing "Life Is a Banquet", Rosalind passed away November 28, 1976 from metastasized breast cancer at the age of 69. The book was published in 1977. Her husband Frederick Brisson would follow in 1984. They are survived by their son Lance, and a wonderful legacy of films graced by Rosalind's wit, charm, and talent.
Source: Author InXanadu 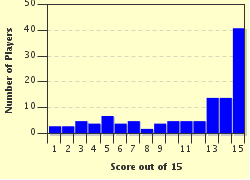 
Other Destinations
Explore Other Quizzes by InXanadu