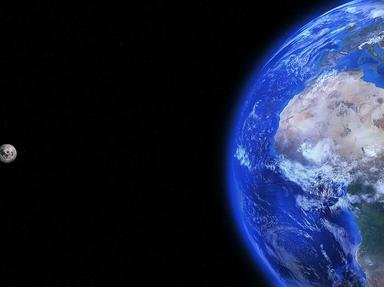 Part Three of my Mixed Knowledge quizzes. All of these questions, however, have to do with countries.

Quiz Answer Key and Fun Facts
1. Which of the following European countries has the same name as its capital city?

The capital of Luxembourg is Luxembourg (city). Luxembourg is a land-locked country and can be found in Western Europe, bordered by Belgium to the west, Germany to the east, and France to the south.
2. Which of these countries does not have a national flag comprised of the colors red, white, and blue?

The flag of Cambodia features three stripes: two blue ones on the top and bottom, and a slightly larger red stripe in the middle. Also, in the middle is a white depiction of the temple Angkor Wat, which is located in Angkor, Cambodia. The Iceland flag features a red, outlined in white, Nordic cross over a blue background.

The Morocco flag features a red background with a green, black-bordered pentagram in the middle.
3. The krona (plural kronur) is the official currency of what country?

The word krona means "crown", as well as the Latin word corona, which also means "crown". The krona is similar to other Nordic currencies such as the Swedish krona, the Norwegian krone, and the Danish krone.

Source: Wikipedia
4. The "Genies" are the highest honors awarded to movies in what country?

The Genie awards have been around since 1980. Before that, they were known as the Canadian Film Awards and started in 1949. They were also known as the "Etrog Awards", named after sculptor Sorel Etrog, who designed the statuette.

Source: Wikipedia
5. The can-can is a dance that was popularized in what country?

The first appearance of the dance was in Paris of 1830. The basis of the dance is the twirling and lifting up of the skirts worn by the female dancers, as well as high kicking and seductive movements.

Source: Wikipedia
6. What country's flag is all white with a red circle in the center?

The circle in the center of Japan's flag represents the sun. The characters that make up Japan's name mean "sun-origin" and Japan is sometimes referred to as the "Land of the Rising Sun", because it is located to the east of nearby countries.

Source: Wikipedia
7. After the sinking of the Titanic, in what country were most of the recovered victims buried?

Four Canadian vessels were chartered by the White Star Line to recover bodies of the victims of the sinking. There were 328 bodies found, of which 209 were sent back to Halifax, Canada. There were 119 bodies buried at sea because of extreme damage/deterioration, 49 of which are still unidentified to this day. 121 of the victims were buried in the Fairview Lawn Cemetery, located in Halifax, more than any other cemetery in the world containing victims.

Source: titanic.gov.ns.ca/graves.html
8. Sinai Liberation Day is a national holiday in which country?

The day celebrates the departure of the Israeli troops in 1982 from the Sinai peninsula, which Israel had taken control of since their victory of the Six-Day-War. It is celebrated every April 25th.
9. Which of these countries in the European Union does not use the euro as its official national currency?

Germany, France, and Austria all use the euro officially. Denmark's currency is the DKK, also known as the Danish Krone.
10. What country is home to the tallest waterfall in the world?

The highest waterfall in the world is Angel Falls, in Venezuela. The total height is 3,212 ft, so tall that most of the water turns to mist before it nears the bottom.
Source: Author brittanyxolove 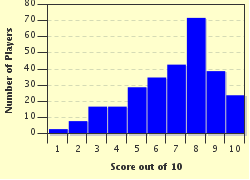 
Other Destinations
Explore Other Quizzes by brittanyxolove