This quiz is about one of the most fascinating cultures in the Ancient World. Give it up for the AZTECS! Have fun and tell me what you think!

Quiz Answer Key and Fun Facts
1. According to the Aztecs, this world has been reborn 5 times. Which of the following, has NOT been the cause of an end of the world?

According to Aztec mythology, we are in Naui ollin, the world of the earthquake sun, which will be destroyed by four earthquakes (or one large one).
2. Who or what (during the creation) sacrificed themselves for all of Mankind, according to the Aztecs?

The short, ugly god, covered with sores called, Nanahuatzin, threw himself into the fire, and rose up as the sun. But then he stopped moving. The Gods had to do something.
3. What was the 'precious water' that the gods needed to be fed, as a reminder of the sacrifice they made for all of Mankind?

The gods (from the above question), killed themselves, washing their blood all over the earth, and offered their hearts to the sun. This was the sun's fuel and it rose into the sky. This is why Aztecs sacrificed often, so the sun would come up the next day.
4. How did the second world (four winds) end?


Answer: A giant serpent breathed on the earth and turned men into monkeys

I don't quite get the monkey thing, but that's my story and I'm sticking to it!
5. What did the Aztecs (as did the Romans) do with conquered cities' gods?


Answer: Incorporated them into their religion

6. What was the name of the tool used to cut out a sacrifice's heart?

7. What did the Priest eat of the sacrifice?

This symbolized the eating of the flesh of the gods. They also drank some of the blood. Is it just me, or does this sound a lot like Christianity? A lot of these origins sound alike. It's strange.
8. Aztec wars were very bloody.

Aztecs wars were NOT bloody, because they brought back most of the captured for sacrifices.
9. During the fifth month, Toxcatl, there was a ritual involving the most handsome man in the land, 4 girls and then a mass sacrifice. What god was this for?

The man had his way with the 4 girls for one night. The next day the girls danced all the way to the sacrificial stone where they and the man were slaughtered to the god, Tezcatlipoca.
10. Where were the Aztecs on the map? 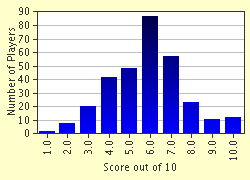