Would you like to set a table fit for a queen or king? Take this quiz and learn how!

Quiz Answer Key and Fun Facts
1. The first item to be placed on our royal table is the tablecloth. Which of the following is NOT correct regarding the proper use of tablecloths?


Answer: A cloth at a formal dinner should reach the floor.

At a formal dinner, the only acceptable table covering is a white or cream colored cloth (preferably linen or damask) with matching cloth napkins. Colorful cloths, placemats and runners, as well as paper napkins, should be reserved for informal meals. And it's the ladies' ball-gowns, not the tablecloths, that are floor length! A table cloth should hang slightly over the edge of the table, without interfering or annoying those seated at the table!
2. Novels and movies are full of scenes where unsophisticated guests at a formal meal are confused by the array of silverware. What simple rule can be used to help navigate your way through this confusion?


Answer: Use the silverware from the outside, and make your way in.

No need to fear a table full of silverware, it is really quite simple! Forks are placed to the left of the plate, while knives and spoons go on the right. If your first course is fish, for instance,simply use the outermost fork and knife. These will be removed together with the fish plate when you have finished.

Then take up the next knife and fork for the next course. Usually dessert and coffee spoons will arrive together with the last course, after the table has been cleared and crumbs removed.
3. We will certainly need a selection of glasses on our royal table. Which one of the following beverages does not absolutely require a stemmed glass?

Fine glass-ware is an absolute must for our royal table. Each type of wine deserves its own type of glass. The stem allows the diner (or drinker) to hold the glass without warming the wine. Water, on the other hand, does not require such delicate handling, and a stemless glass is a possibility. Nevertheless, water at a formal dinner is usually served in a large goblet with a short stem.
4. In 1783 King George III of England began ordering porcelain for use by the royal family. Some of the china he ordered is used to this day. What type of porcelain did King George III order?


Answer: Sevres - made in France

Despite the fact that England is home to many fine porcelain factories, the English royalty turn to the French when they really want to put on the ritz. Sevres china, produced in France since 1738, is considered the china of royalty. In fact, King Louis IV himself arranged for Sevres sales at the Versailles Palace.

The collection begun by King George III in the mid-eighteenth century is still used during state visits in Buckingham Palace. (Information for this question came from the site of the Victoria and Albert Museum.)
5. Would you really like to dine like royalty? Rostrand, the Scandanavian pottery firm, offers a set for sale that was originally designed for a very special banquet. Which banquet was this?

A look at the official Nobel Prize page will gain you a lot of information about the annual banquet, held in Stockholm City Hall. Not only can you find a list of menus spanning close to a century, but also detailed information regarding the sixty-five tables at the banquet that are set with 6,730 pieces of porcelain, 5,384 glasses, and an incredible 9,422 pieces of cutlery. If you so wish, you can order the same china designed for the ninetieth Nobel dinner from Rostrand, the Scandinavian pottery firm.
6. The state dining room of the White House is often the scene of lavish banquets. However, popular opinion frequently opposed the cost of outfitting the White House with appropriate crockery, especially if it was foreign-made. Who was the first First Lady to introduce American-made porcelain to the White House?

Many services were also produced by Haviland. It wasn't until 1918, during the Wilson administration, that an American factory supplied the White House dinner service.

It was made, of course, by Lenox. The plates were ivory with the presidential seal in 24 carat gold in the center of each plate. When Eleanor Roosevelt sought to replace the White House china during the hardest days of the Depression, a hue and cry ensued.

The problem was solved when an anonymous donor provided the funds. Since then, the White House Historical Fund, with the aid of donations, has purchased replacement sets for the White House. Just to give you an example of the costs involved -when Nancy Reagan replaced the White House china in 1981, the Knapp Foundation of Maryland provided $210,399.

The Lenox set consists of 140 place settings of nineteen pieces each. (Information for this question came from a site called "National First Lady")
7. Our discussion of fine table-ware would not be complete without a reference to China, the country with the longest history of producing ceramics. During the Ming Dynasty (1368-1644) most of the pottery produced in Jingedezhen in the providence of Jiangxi was for the imperial court. The emperor would not accept any piece that was less than perfect. What was done with pottery that had a flaw?


Answer: It was immediately shattered.

The Chinese took utilitarian objects, like cups and bowls, and turned them into works of art that are appreciated throughout the world. The beautiful glazes and lovely designs combined to create stunning works. During the Ming dynasty, the royal court was the most important consumer of fine china. Since any piece commissioned by the court could not be used elsewhere, imperfect pieces were smashed.

These piles of smashed pottery have proved invaluable to archeologists in the field. (Information for this question came from a site called "Chinese Imperial Ceramics.")
8. You are invited to an afternoon tea. Your friend, the hostess, asks you to pour the tea. What should your reaction be?


Answer: You are pleased. It is an honor to pour.

Anna, the seventh Duchess of Bedford, is usually credited with inventing the afternoon tea. During the mid-nineteenth century when she lived, most English people ate in the morning and late evening, a habit which left our Duchess with a "sinking feeling" in the afternoon.

She solved the problem by having tea and a light snack served in her room, and eventually began to invite her lady-friends. The afternoon tea has remained primarily a women's affair, and is bound by a myriad of rules of etiquette. For instance, refreshments at a tea should be in a certain order - savories, scones and sweets - and ideally served on a three-tiered dish. If only a few guests were invited, the hostess would usually pour the tea herself.

However, at a larger affair, the hostess would honor two friends by asking them to pour.

They would sit at opposite ends of the table, one with a pot of tea, and the second with a pot of chocolate. News items in the society section of the paper would even specify that "Miss Gool poured".
9. Which of the following could you serve in its original container at a formal dinner?

You certainly don't want to disgrace your lovely table with ugly plastic containers! Salad dressings and condiments are best served in small bowls, glass or porcelain, with an accompanying spoon. Wine, on the other hand, can be served in its original bottle; inspecting the label of a wine bottle is an integral part of ordering wine in restaurants.

Some wines are decanted; this is generally recommended for older wines like port in order to allow any sediment to collect at the bottom of the decanter.
10. We've finished our dinner and it is time to clear the table. Which of the following would NOT be considered a faux pas while preparing the table for dessert?


Answer: Using a brush to clear crumbs into a plate or special container.

Don't ruin your lovely meal by scraping and piling dishes, and otherwise creating a mess in view of your guests. A tray or cart is a good way of clearing the table while keeping up appearances. And if you really want to make an impression, try using a silent butler: a small brush with a matching, small dust-pan for collecting crumbs. Of course, throwing chicken bones to the dog is not only uncouth, but unhealthy for your pet.
Source: Author janetgool 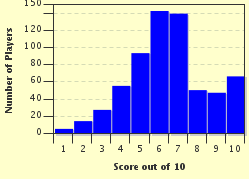 
Other Destinations
Explore Other Quizzes by janetgool