English is a beautiful language. There are so many ways of expressing yourself. Slang has been around since the language developed. See if you can figure out where some of it came from.

Quiz Answer Key and Fun Facts
1. When shifting responsibility for an action or event to another, you are said to "pass the buck". Among what group of people did the term originate?

A buck knife, a knife with a buckhorn handle, or a piece of buckshot (stories vary) was placed in front of the next dealer. When the dealer changed, "the buck was passed". Later, a silver dollar was used for this purpose and this may be where "buck" came to be used to designate a dollar.
2. The term "OK" or "Okay" has been used to signify "alright" or "correct" in America for nearly 200 years. Any idea where it comes from?


Answer: No one is really certain

Theories abound. "Aux quais" was a marking stamped on cotton bales at some Mississippi riverports. For sure, "OK" was being used in newspapers as early as 1838. Martin Van Buren, candidate for president in 1840, had acquired the nickname "Old Kinderhook", and the "OK" was easier to use than his Dutch surname. But in the end, the true origin is still shrouded in mystery.
3. "Jump on the bandwagon" to signify enthusiastic committment to a popular cause. Do you know how it came into popular use during the 19th century?

In the late 19th century, when the circus came to town, they would stage a parade to stir enthusiasm and generate business, complete with wagons, animals, clowns, etc. Upon one of these wagons was usually perched a brass band. Politicians took notice and were soon doing the same. President Theodore Roosevelt used the term "jump on the bandwagon" in some of his correspondence.
4. To be caught "red-handed" is to say you've been caught in the act of committing some mis-deed. From where did "red-handed" spring?


Answer: Having committed a crime that left blood on one's hands

In law, even in medieval times, there were instances where a conviction couldn't be obtained unless the perpetrator was caught with blood on his hands. "Red handed", so to speak.
5. If you look like someone, you may be said to be a "dead ringer". "Ringer?" "Dead?" Odd phrase, when you think of it. In what context did it come into use?

When no regulations existed for the sport, it was not unheard of to substitute one horse for another to increase the odds of winning. The horse was called a "ringer". An exact, or "dead on" lookalike horse was a "dead ringer".
6. If you are in an extremely difficult situation for which you imagine there is no solution, you may be "between a rock and a hard place". What brought this term into usage?

This is a fairly recent addition to American English. In 1917, Colorado copper miners struck for better, safer working conditions. The mine owners refused, threatening to send the strike leaders to mines in New Mexico, which they eventually did. These leaders found themselves "between a rock and a hard place".
7. If you are evaluating your assets and get too far ahead of yourself, you may be warned, "don't count your chickens before they're hatched". Wise advice, but where did it come from, originally?

This is one of the oldest bits of slang, originating from a poem published by one Thomas Howell, dated 1570. "Counte not thy chickens that vnhatched be, waye words as winde, till thou find certaintee". (Standardized spelling had not yet come into use).
8. If you want to ward off bad luck or have good fortune continue, you might "knock on wood". Where did this tradition come from?


Answer: Tapping trees which were believed to contain good spirits

In the middle ages, it was believed that benevolent spirits lived in the forests and dwelt in trees. Knocking on the trees was meant to assure the spirits of your good intentions, and result in good luck.
9. If a friend told you to "keep it under your hat", what would he be asking you to do?

The derivation is pretty simple, really. If it's "kept under your hat", it stays in your head. In other words, think about it, but don't say it. This term did not come into use until the 20th century.
10. I asked a friend to go golfing with me and he replied, "I'll be there with bells on." Obviously, he was enthusiastic about the prospect of hitting the links. But why bells? Who came up with that?

Drivers decorated their harnesses with lots of bells, of which they were quite proud. If they broke down or got stuck during a trip, the teamster who came to help might ask for some bells as part of his payment. To arrive at a destination with "all your bells on" signified a successful trip.
Source: Author Pick61 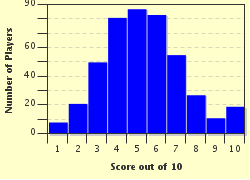