Quiz Answer Key and Fun Facts
1. In 1955, Johnny Cash and The Tennessee Two released which songs?

In 1955, Johnny Cash, Marshall Grant and Luther Perkins signed on to a contract with Sun Records, a record label owned by big-time music producer Sam Phillips. After being turned down by Phillips for Gospel music, Cash and his band took another crack at it.

This time, they were ready with the first song Cash had written and it would be a huge hit song. The song was "Cry Cry Cry". It was backed by "Hey Porter". In December of that year, Cash and his band returned to Sun Records and recorded "Folsom Prison Blues" which was backed with "So Doggone Lonesome". "Folsom Prison Blues" was covered by Joaquin Phoenix for "Walk The Line".
2. In 1956, Johnny Cash And The Tennessee Two released another song. This one was about love. What is the name of the song?


Answer: I Walk The Line

Another hit song written by Johnny Cash, "I Walk The Line" was originally intended for Elvis to sing. Johnny Cash And The Tennessee Two would go on later that year to record other hits. It was covered by Joaquin Phoenix in "Walk The Line".
3. In 1957, Cash recorded a song about his unhappy childhood. What is the name of the song?


Answer: Home Of The Blues

"Home Of The Blues" was covered by Joaquin Phoenix for the movie "Walk The Line".
4. In 1958, Johnny Cash and the Tennessee Two had a whole string of hit songs. What are some of the names of these hit songs from that year?


Answer: "Big River", "Guess Things Happen That Way", "Ballad Of A Teenage Queen", "Give My Love To Rose", "You're The Nearest Thing To Heaven"

In 1958, Johnny Cash and his band recorded the hit songs "Big River" (Cash), "Guess Things Happen That Way" (Clement), "Ballad Of A Teenage Queen" (Clement), "Give My Love To Rose" (Cash), and "You're The Nearest Thing To Heaven" (Cash), for Sun Records. The names in parentheses are those of the songwriters.
5. In 1959, Johnny Cash and his band recorded a song about a man digging ditches while in jail. What is the name of this song?


Answer: I Got Stripes

In the song the line "On a Wednesday, I'm workin' diggin' ditches" is sung. This is a reference to the work inmates do while in jail or in prison.
In 1959, W.S. Holland joined the band and it became known as Johnny Cash and The Tennessee Three.
In the movie "Walk The Line", Joaquin Phoenix sings the opening lyrics to the song.
6. In 1961, Johnny Cash recorded a song with The Tennessee Three. The song would later become a hit song for his daughter Rosanne Cash in 1987. What is the name of the song?


Answer: "The Legend Of John Henry's Hammer", "Peace In The Valley", "Were You There"

"Ring Of Fire" described what it felt like to June to be dating Johnny while he was addicted to amphetamines.
(The song was recorded by Joaquin Phoenix for the movie "Walk The Line" and an album of the same title.)
The song has been covered many times. The song hit number one on the U.S. Billboard Hot Country Singles chart for one month in 1963. On the US Billboard Hot 100, it was ranked 17. In 1989, Social Distortion covered the already famous hit.
According to songfacts.com, June wrote the song about how she felt her relationship with Johnny Cash was when Johnny was on amphetamines.
9. This song was written by Johnny Cash and recorded in 1963. What is the name of the song?

"The Matador" was the follow-up song to "Ring Of Fire". The B-side of "Ring Of Fire" was "I'd Still Be There".
10. In November 1964, Johnny Cash and June Carter did a duet for which song written by Minnesotan Bob Dylan?


Answer: It Ain't Me Babe

"It Ain't Me Babe" was recorded live on November 7, 1964 by Johnny Cash and June Carter and was covered by Joaquin Phoenix and Reese Witherspoon for "Walk The Line".
11. Johnny Cash covered a classic song from 1974. What was the name of the song?


Answer: Cat's In The Cradle

The song "Cat's In The Cradle" was written by Harry Chapin and Sandy Chapin, but has since been covered by other artists.
12. In 2002, which song did Johnny Cash cover originally written by Nine Inch Nails?

"Hurt" was written by Trent Michael Reznor of Nine Inch Nails and covered by Johnny Cash. It later appeared on his "American Recordings" albums.
13. In 1967, Johnny Cash and June Carter performed a live duet of which song?

The duo performed "Jackson" the way that Cash transcribed it to be played. [Songwriters: Jerry Leiber and Billy Edd Wheeler] Cash made a change to the intro. It was covered by Joaquin Phoenix and Reese Witherspoon for "Walk The Line".
14. In 1968, Cash released an updated version of one of his hit songs. What is the name of it?

Radio stations ceased to play the original version of "Folsom Prison Blues" due to the macabre lyrics
"But I shot a man in Reno just to watch him die. When I hear that whistle blowin', I hang my head cry."
Columbia Records demanded Bob Johnston remix the song with the line removed. The line was removed from the song and re-released. This way it could be played on the same day that RFK was assassinated and the word "Suey" was added in place of the macabre lyrics. Nowadays, on the re-released "At Folsom Prison" album, the lyrics are almost identical to the original, but the word "Suey" is included while the solo is going. Some believe this is a reference to another hit song "A Boy Named Sue", which was performed at San Quentin Prison in 1969. It is unknown why Cash says "Suey" in the song. It may be related to another song or to something else.
15. In 1969, Johnny Cash performed at San Quentin Prison. Which hit song did he perform that was originally written as a poem by Shel Silverstein?

Although Silverstein wrote "A Boy Named Sue" and "25 Minutes To Go", he did not write "Man In Black" or "Sunday Mornin' Comin' Down".
"25 Minutes To Go" was released on the album titled "At Folsom Prison".
Source: Author Koebs6 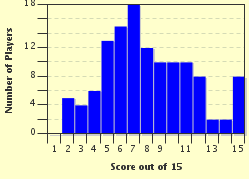 
Other Destinations
Explore Other Quizzes by Koebs6