These are lyrics to some of the greatest songs by The Who. Hope you enjoy the quiz.

Quiz Answer Key and Fun Facts
1. Which song has these lyrics: "I was born with a plastic spoon in my mouth. The north side of my town faced east and the east was facing south. Now you dare to look me in the eye, those crocodile tears are what you cry, it's a genuine problem you won't try to work it out at all just pass it by, pass it by"?

"Substitute" was a favorite live track of The Who. It was featured on all their live albums, including "Live At Leeds".
2. Which song starts with these lyrics: "Every day I get in the queue, to get on the bus that takes me to you. I'm so nervous I just sit and smile, your house is only another mile"?

"Magic Bus" was a favorite of guitarist Pete Townshend but a least favorite of John Entwistle. It was featured on their documentary "Magic Bus-The Who On Tour". It also was number 26 on the UK charts and number 25 on the American Billboard charts.
3. Fill in the blank for this easy one: "Why don't you all fade away, and don't try to dig what we all say. I'm not trying to cause a big sensation, just talking about __________

"My Generation" was released on The Who's debut album, "The Who sings My Generation", and was considered by many as the best Who song. It reached number 2 on the British charts but failed to make the American Billboard top 40.
4. These lyrics start off which song: "Ever since I was a young boy, I played the silver ball. From Soho down to Brighton, I must have played them all. But I ain't seen anything like him in any amusement hall. That deaf, dumb and blind kid sure plays a mean pinball"?

"Pinball Wizard" was originally on the rock opera "Tommy". Elton John played the character in the motion picture.
5. This lyric starts which song: "____________ wasn't old but he was a man, he lived in the sand in the Isle of Man. The kids would all sing he would take the wrong key. So they rode on his head in a furry donkey"?

"Happy Jack" was the first American Top 40 hit for The Who.
6. What song are these lyrics from: "I'll tip my hat to the new constitution, take a bow for the new revolution. Smile and grin for the change all around, pick up my guitar and play, just like yesterday, then I get on my knees and pray"?

"Won't Get Fooled Again" was from the 1971 CD, "Who's Next". At 8 minutes, 31 seconds long, it is the longest track on the CD.
7. What song contains these lyrics: "Gonna buy a fast car, put on my lead boots and take a long. long drive. I may end up spending all my money, but I'll still be alive"?

"My Wife" was written by bassist John Entwistle and was included on the "Who's Next" CD.
8. What song has these lyrics: "Well the kids don't eat and the dog can't sleep, there's no escape from the music in the whole damn street"?

"Squeeze Box" was from the 1975 CD, "The Who By Numbers".
9. These lyrics are from which song: "I woke up in a Soho doorway a policeman knew my name. He said 'You can go sleep at home tonight if you can get up and walk away'"?


Answer: Who Are You

This CD which has the same name was sadly the last to feature drummer Keith Moon, who died of an overdose of heminevrin, a drug used to combat alcoholism.
10. And now the last one: "don't cry, don't raise your eyes, it's only teenage wasteland".

"Baba O'Riley" was added when the greatest hit compilation "Who's Better, Who's Best" was released on CD.
Source: Author diamondjim68 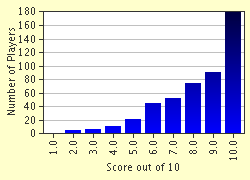 Related Quizzes
1. Lyrics of The Who Easier
2. Essential Who Tough
3. Who's Next Average
4. Come On the Amazing Journey...Part 2 Average
5. The Who Average
6. The Who Lyrics I Average
7. Song by Song: "My Generation" Easier
8. The Who by Numbers Difficult
9. Hope I Die Before I Get Old Average
10. The Jingles from "The Who Sell Out" Tough
11. The Who Lyrics Average
12. A Who Quiz for Who Fans Average