Do you know who made the following philosophically waxing statements or from which country the given proberb originated? All multiple-choice!

Quiz Answer Key and Fun Facts
1. Which philosopher of ancient times said, "The most effective kind of education is that a child should play amongst lovely things"?

The Greek philosopher Plato lived from 427 to 347 BC. He was born in Athens and studied under Socrates. Most of what is known about Socrates comes from Plato's writing.
2. Which ancient philosopher said, "Death is nothing to us, since when we are, death has not come, and when death has come, we are not"?

The Greek philosopher, Epicurus, lived most of his life in Athens, but was born on Samos in 341 BC. He died in 270 BC.
3. The proverb, "The believer is happy, the doubter is wise", is attributed to the peoples of which European country?

There are quite a lot of Hungarian or Magyar proverbs and sayings. Some are quite quirky too!
4. Which European philosopher is credited with saying, "It is dangerous to be right when the government is wrong"?

The French philosopher Voltaire, whose real name was Francois Marie Arouet, was born in Paris in 1694 and died in 1778.
5. Which psychiatrist was quoted as saying, "Everything that irritates us about others can lead us to an understanding of ourselves"?

The Swiss psychiatrist, Carl Gustav Jung, who 'followed' in Freud's footsteps, was born in 1875 and died in 1961.
6. Which ancient philosopher is quoted as having said, "When we see men of a contrary character, we should turn inwards and examine ourselves"?

Qufu in Shandong Province, China is the birthplace of one of the worlds 'sagest' men, Confucius, who lived between 551 BC and 479 BC.
7. Which southern European peoples are credited with the proverb, "A society grows great when old men plant trees whose shade they know they shall never sit in"?

Not unlike the Hungarians, the Greeks too have some wonderful proverbs and sayings - far too many perhaps!
8. Which famous ancient philosopher was quoted as saying, "The good of the people is the highest law"?

Born in Arpinum in 106 BC, Cicero studied law, oratory, literature, and philosophy in Rome. In 74 BC he entered the Senate and politics, intertwined with philosophy, became his life. He was murdered in 43 BC.
9. Which Asian peoples are credited with the proverb, "The man who does not learn is dark, like one walking in the night"?

10. Which ancient philosopher was quoted as having said, "To prefer evil to good is not in human nature; and when a man is compelled to choose one of two evils, no one will choose the greater when he may have the less"?

Socrates was born in Athens in 470 BC. He left no writings of his own so history knows of his work through Plato and the historian Xenophon. Socrates died in 399 BC after thirty days imprisonment.
Source: Author Engadine 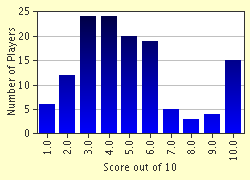