Who are these French Monarchs? Quiz

From the given description see if you know which French Monarch is being described.

Quiz Answer Key and Fun Facts
1. I was born in 1120 to the King and Queen of France. Before my accession, my father arranged a brilliant marriage for me with Eleanor of Aquitaine. In 1137 my father died and I succeeded to the kingdom of France. In 1147 my wife and I left on the second crusade which proved quite perilous and unfortunately ended in failure. In the course of our marriage, Eleanor had only given me two daughters and as a result of her pleas I had our marriage annulled on the grounds that we were too closely related. Eleanor, without my permission, married the young Henry Fitzempress who would prove a large threat to me as he was the Duke of Normandy, Count of Anjou and had just aquired Aquitaine through his marriage to Eleanor. Worse still he was planning on claiming the throne of England. In later years I would support Henry's Archbishop of Canterbury, Thomas Becket, while he was in exile and I supported Henry's sons who were rebelling against his authority. I married three times and eventually received my son and heir in 1167. I died in 1180 at the age of 60. Who am I?

Louis VII was a deeply religious man and was destined for a life in the church until his eldest brother, Phillip, died and Louis became heir to the French throne.
2. I was born in 1462 to Charles, duc d'Orleans and Mary of Cleves. I was imprisoned in 1488 for rebelling against the regency of Anne de Beaujeu but I was released by the young king in 1491. I succeeded to the kingdom of France in 1498 and I married my predecessor's widow, Anne of Brittany, to ensure the duchy remained a french possesion. I conquered Milan and Genoa but failed to secure Naples. In 1508 I joined the League of Cambrai against Venice. In 1511 my Italian territories were attacked by Pope Julius II's Holy League and my troops were forced to evacuate Milan. I married an English princess, Mary Tudor, in 1514 to secure an alliance with the King Henry VIII but we weren't married long as I died the following year. I was known as the 'Father of the People'. Who am I?

On Louis's death, the crown passed to his cousin who became Francis I. Francis married Louis's eldest daughter, Claude, to cement his claim to the throne.
3. I was born in 1494 to Charles, Count of Angouleme and Louise of Savoy. I married Claude of France who significantly strengthened my claim to the Valois throne. I spent many years at war with the Holy Roman Emperor over my territories in Italy and in 1520, I tried to secure the support of the English King at the Field of Cloth of Gold. Only a few weeks later, however, Henry VIII was meeting with his nephew the Emperor! The King of England and I were constantly trying to outdo each other in grandness as well as in personal attributes. Henry VIII even agreed to betroth his only legitimate daughter to my son the Dauphin. Unfortunately these plans collapsed. I died in 1547 of syphilis and was succeeded by my second son Henry. Who am I?

For almost the entire length of Francis's reign, he was constantly competing with Henry VIII to see whose court was grander, who was taller or who could dance better. When Francis grew a beard, Henry copied him and only shaved it after his wife, Katherine of Aragon, pleaded with him to remove it as she disliked it.
4. I was born in 1543 to the King and Queen of France. When I was still quite young, Mary, Queen of Scots arrived at court and we were betrothed as part of the auld alliance. As we grew up together I looked up to Mary and viewed her more as one of my sisters. In 1558, my father the king died and I faced the daunting task of kingship. At our wedding, Mary wore a white wedding dress, as it was her favourite colour, which was considered an odd choice because it was the colour of mourning. After only a year of ruling, I came down with an inner ear infection after a day of horse riding and I was unable to recover and subsequently died at the age of 16. Who am I?

After Francis's death his younger brother succeeded as Charles IV. Mary, Queen of Scots returned to Scotland to begin her personal rule.
5. I was born in 1754 to Louis the Dauphin and Marie Josephe of Saxony. When I was 16, I married Marie Antoinette. When I attained the throne, I tried to bring in reforms but they were opposed by the court faction. In 1789, the third estate proclaimed itself a National Assembly, which signalled the end of absolute kingship in France. In October 1789 an angry crowd marched on Versailles, where I was residing, and forced my family and me to return to Paris. In 1791 my family and I were caught trying to escape from the Tuileries Palace, our attempted flight was considered proof of treasonable dealings with foreign powers on my part. In 1792 I was deposed and my country was proclaimed a republic. I was tried for treason and sentenced to death by my subjects and on January 1st my wife and I went to the guillotine leaving my son an uncertain future. Who am I?

After Louis's death his son (Louis XVII) nominally succeeded but died at a young age, and Louis XVI's brother suceeded as Louis XVIII. He was unable to become de facto monarch till the defeat of Napoleon.
Source: Author Jaffas85 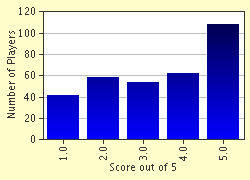