What Happened to Dinah Trivia Quiz

Dinah, daughter of Israel, is one of the few women mentioned in Genesis whose fame does not arise from being a mother. Test your knowledge of her story.

Quiz Answer Key and Fun Facts
1. The patriarch Jacob had twelve sons by four women; Dinah was his only daughter, or at least the only one mentioned in the Bible. Which of these women was her mother?

Dinah was Leah's youngest child, as told in Genesis 30, and Leah was Jacob's first wife, the eldest daughter of Laban. Her marriage to Jacob took place under false pretenses: he had agreed to work seven years for the hand of her younger sister Rachel, but was tricked into marrying Leah instead.

He worked another seven years for Laban after marrying Rachel too (thus becoming a polygamist). He had six sons with Leah, two with Rachel, and two with each of their maidservants, Zilpah and Bilhah. Dinah, whose name means "judged" or "vindicated," was the only girl.
2. As Jacob's family grew, he came to want lands of his own. He was afraid of returning home to face his jealous brother Esau, and years of bad blood had made him eager to leave his father-in-law Laban. He decided to settle outside the city of Shechem, where he bought land for his camp and altar. Where was Shechem?

Genesis 33:18-20 tells how Jacob and his family came to settle outside Shechem: "And Jacob came to ... a city of Shechem, which is in the land of Canaan, when he came from Padanaram; and pitched his tent before the city. And he bought a parcel of a field, where he had spread his tent, at the hand of the children of Hamor, Shechem's father, for an hundred pieces of money. And he erected there an altar, and called it EleloheIsrael." The city, near what is now Nablus, was eventually a capital of the northern kingdom of Israel, and Jacob clearly had intentions of making it a home.
3. In Genesis 34, Dinah - by now a maiden old enough to wed - met Shechem, son of the king Hamor and prince of the lands where her family lived. When they met, she was away from her family's camp; how did she come to be so far from home?


Answer: Dinah "went out to see the daughters of the land."

The Bible does not give much detail about Dinah's errand; Genesis 34:1 simply reads, "And Dinah the daughter of Leah, which she bare unto Jacob, went out to see the daughters of the land." Jacob's camp was in many ways a world apart; had his daughter made close friends with her neighbors, or was she attending a local festival? Some have speculated that Dinah may even have been a midwife or an apprentice to one, so that it was her business that took her among "the daughters of the land."
4. When Shechem, prince of the land, saw Dinah, "he took her, and lay with her, and defiled her" (Genesis 34:2). Afterward, Shechem made a request of his father. What was it?


Answer: He asked his father to help him marry Dinah.

Shechem had fallen in love: "And his soul clave unto Dinah the daughter of Jacob, and he loved the damsel, and spake kindly unto the damsel. And Shechem spake unto his father Hamor, saying, Get me this damsel to wife" (Genesis 34:3-4). They were willing to do whatever it took to persuade Dinah's family that she would be honored and well cared for.

There is some controversy as to whether Dinah might have consented to a relationship with Shechem; the precise meaning of the word translated here as "defiled" is central to the dispute. Was her kidnapping related to the practice of ritually abducting a bride before her marriage? The later description of Shechem as being "more honourable than all the house of his father" (Genesis 34:19) is seen by some as evidence that he was not a rapist after all. The truth of what happened between them is lost to the passage of time.
5. When Shechem and his father Hamor came to Jacob's camp to convey his son's request, was Jacob the only Israelite to speak with them?


Answer: No: Jacob's sons met with them too.

When Jacob heard what had happened, his sons were tending cattle and he "held his peace until they were come" (Genesis 34:5). Dinah's brothers were angry, but the group of them met with Hamor and Shechem and heard their plea. "Make ye marriages with us, and give your daughters unto us, and take our daughters unto you. And ye shall dwell with us, and the land shall be before you," offered Hamor (34:9-10). Said Shechem, "Let me find grace in your eyes, and what ye shall say unto me I will give" (34:11). Jacob, according to the Bible, was silent during this exchange, allowing his sons to speak for him.
6. Shechem and Hamor were pleased when their request was granted - but there was a condition. What did Shechem and Hamor have to do if Jacob and his family were to agree to their terms?


Answer: All the men among their people had to be circumcised.

It was Jacob's sons that set the terms: "We cannot ... give our sister to one that is uncircumcised, for that were a reproach unto us. But in this will we consent unto you: If ye will be as we be, that every male of you be circumcised; then we will give our daughters unto you ... and we will become one people" (Genesis 34:14-16).

Shechem was so besotted with Dinah that he did not flinch; indeed, the Bible reports that he was "pleased" (34:18) by the demand, "because he had delight in Jacob's daughter" (34:19).

He and his father immediately set about convincing the men of their city to be circumcised along with them, noting that Jacob and his family were peaceful and hardworking, and worth persuading to dwell in the city. The replies they received must have been fascinating, but the Bible does not record the details of the conversations - only that Hamor and Shechem were successful, "and every male was circumcised, all that went out of the gate of his city" (34:24).
7. Unbeknownst to Shechem and Hamor, the agreement with Jacob's family was a trick. On the third day after the agreement, two of Dinah's brothers stormed the city with their swords. Which of her brothers were they?

The men of Shechem had just been circumcised, in accordance with Hamor's and Shechem's agreement with the Israelites. On the third day, "they were sore" (Genesis 34:25) and weak, and Simeon and Levi were able to come alone to the city and overpower its inhabitants. They were Dinah's full brothers (all three were children of Leah), and they were often impetuous and violent; early rabbinical commentaries argue that it was Simeon, out of all the brothers jealous of young Joseph and his coat of many colors, who first proposed fratricide.

On his deathbed, in his final blessing to his descendants, Jacob described these two sons thus: "Simeon and Levi are brethren; instruments of cruelty are in their habitations . . . Cursed be their anger, for it was fierce; and their wrath, for it was cruel: I will divide them in Jacob, and scatter them in Israel" (Genesis 49:5,7).
8. What befell the city of Shechem after it was attacked by Dinah's brothers?


Answer: The men were killed, the women and children were taken captive, and the goods and livestock were stolen.

The Biblical description of the city's fate is brief and devastating: Simeon and Levi "took each man his sword, and came upon the city boldly, and slew all the males. And they slew Hamor and Shechem his son with the edge of the sword, and took Dinah out of Shechem's house, and went out.

Although it seems that Simeon and Levi alone were responsible for the carnage, the text implies that their other brothers may have helped them loot the city. All the citizens were regarded as sharing the responsibility for their ruler's offense against Dinah.
9. When Jacob learned what his sons had done in Shechem, did he tell them he was pleased?

Instead of being pleased, Jacob was afraid - and perhaps upset that his sons had so violently broken their agreement with the king and his son. "Jacob said to Simeon and Levi, 'Ye have troubled me to make me to stink among the inhabitants of the land, among the Canaanites and the Perizzites: and I being few in number, they shall gather themselves together against me, and slay me; and I shall be destroyed, I and my house'" (Genesis 34:30).

Simeon and Levi were unrepentant, asking "Should he deal with our sister as with an harlot?' (34:31). But Jacob was right that they couldn't stay in their home near Shechem: he soon received word from God that he should move his camp to Bethel, to the south (35:1). Jacob's family was not attacked by Shechem's neighbors, but only because of divine help: "the terror of God was upon the cities that were round about them" on their journey (35:5).
10. After the events at Shechem, Dinah disappears from view, and the Bible never directly states what finally happened to her. What Biblical line is sometimes taken as a clue to her fate?

Rashi, an eleventh-century French rabbi who penned extensive commentaries on the Hebrew Bible and other texts, argued that Shaul was Dinah's son by Shechem. Dinah, he said, was too humiliated to leave Shechem's palace unless one of her brothers agreed to marry her and thus remove her shame. That brother, he wrote, was Simeon, and so Dinah's son was numbered among his own in Genesis 46. (Nachmanides, a later rabbinical commentator, hastened to note that theirs was a marriage in name only.)

In Genesis 47, Jacob specified that he wanted to be buried where his fathers were, and Dinah was certainly not among them. Genesis 48 saw him, blinded by age and illness, blessing Manasseh and Ephraim, the sons of his son Joseph. Genesis 49 gives Jacob's blessings for his sons, and his predictions as to what would become of their descendants; Dinah's fate is never mentioned. The "fruitful bough" is a metaphor for her brother Joseph.
Source: Author CellarDoor 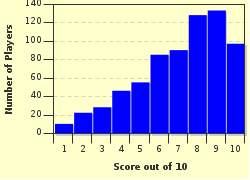