How to Beat a Lie Detector Trivia Quiz

The second in my series of extremely useful "How to" quizzes. Learn to beat a polygraph by answering these 10 questions.

Quiz Answer Key and Fun Facts
1. An almost completely irrelevant question: the man who created "Wonder Woman" contributed to the invention of the polygraph: True or False?

The blood pressure test component of the polygraph was invented by William Moulton Marston, who created the popular comic strip heroine. His work was developed by John Larson, who is credited with the invention of the lie detector. Knowing this won't help you beat the test, but I couldn't let such an interesting fact go to waste.
2. Which of the following does a typical lie detector NOT measure?

The polygraph normally includes a blood pressure cuff, wires on your fingers to test electrical resistance (which is affected by sweating) and a rubber torso strap to measure breathing rate. I believe I saw the pupil dilation idea in a film once, but apparently films are not real.
3. Lie detectors in police investigations sometimes make use of the "Reid/Inbau" approach. What everyday object does this involve?

The Reid/Inbau approach involves asking a subject (connected to a polygraph) to select cards from a deck, and asking them questions, to which they must always answer "no". For example, "Is the card from a red suit" must be answered "no" even if the card is the Ace of Hearts.

The investigator then "uses" the polygraph to determine whether the subject is telling the truth. In fact, he uses a trick deck of cards - the purpose of the test is to make the subject believe the polygraph works (if they believe they have no chance of beating it, they are likely to be more nervous).
4. At the start of the test proper, the investigator will often ask a simple question like "Is your name David Brown?". What is the purpose of this question?


Answer: To throw you off the scent


Answer: Have you ever made a private call on a company phone?

The "control" question is a key part of the lie detector test. Having started with some inane questions, the investigator will ask about some minor infraction (other examples might include whether you've ever failed to declare something on your tax return).

In practice, they will assume that everyone will have committed this minor offence at some point in their lives, and that if you say no you are lying. The investigator now knows how you react to the polygraph when telling a minor lie. Interestingly, it is no use to the investigator if you admit to having made the private call. If you do, they will replace the question with something more serious, until you end up telling a lie.
6. After asking the "control question", the investigator will move onto a more serious question, to which they actually want to know the answer, for example "Are you plotting to kill Mariah Carey?". If you show a higher polygraphic response on this question than on the control question, will they assume you are innocent or guilty?

Following the control question, the investigator will know your reactions to a minor lie. If your breathing rate etc. goes down when asked about a much more serious issue, you must (according to the logic) be innocent, but if it goes up, you're guilty.
7. So, we come to the crux. How can you beat the polygraph? Well, one way is to learn to suppress your physiological reactions to stress. When should you do this, if you can?


Answer: During the serious question (you know, the one about Mariah Carey)

One way to beat a polygraph is to learn how to avoid sweating, breathing quickly etc. when telling serious lies. The trouble is that this takes practice, and you might actually need a lie detector to practise with. Most people don't have one.
8. How can you beat the polygraph? Well, one way is to learn to suppress your physiological reactions to stress. If this approach doesn't work for you, you can try the simpler alternative. This involves increasing your reactions detected by the polygraph, but when?


Answer: During the control question

This is the recommended approach. If you can show an exaggerated reaction during the "control" question, your reactions when you lie about the more serious issue will seem less pronounced.
9. Alright then, Mr know-it-all, how do you increase your polygraphic reactions?

Two simple ways to give a false reading during the "control" question include holding your breath or flexing your arm muscles under the blood pressure cuff. However, these can be risky - the investigator may notice you doing this. Author William Poundstone recommends two more discreet methods - hiding a tack in your shoe and pushing down on it, or biting your tongue.


Answer: Probably, but you can't arrest him

So there you go, another useful skill learned at the "University of Islingtonian". Next week - "How to watch "Last Action Hero" without smashing your TV."
Source: Author Islingtonian 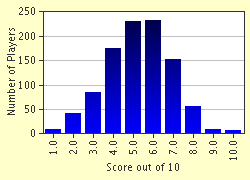