As equally a hated rivalry as the Red Sox-Yankees, this all multiple choice quiz is about the Dodger-Giant rivalry which began as early as the 1930s. See if you can identify the traitors who crossed the line and played for the other team.

Quiz Answer Key and Fun Facts
1. In the hated Dodger-Giant rivalry, this outfielder played for the Dodgers from 1976-1983. He had the audacity of signing as a free agent with the Giants in 1984, then after he retired, managed the Giants for 10 seasons. Who is this traitor?

Over his 19 seasons, playing with the Braves and Athletics also, he never led the league in any major category. Dusty managed the Giants from 1993-2002, taking them to only one National League pennant in 2002. He won the Manager of the Year Award in 1993, 1997, and 2000. Baker managed the Cubs from 2003-2006, then hooked up at the helm of the Reds in 2008.
2. This Giant pitcher played in San Francisco from 1960-1973. He more than fueled the Dodger-Giant rivalry in 1965 by clubbing Dodger catcher John Roseboro in the head with his bat. In 1975, Dodger fans were shocked when the team signed him as a free agent. Who is this Hall of Fame pitcher?

Marichal's bat incident happened when Sandy Koufax was on the mound for the Dodgers, and Roseboro was the catcher. Marichal had previously thrown at Dodger batters, so when Marichal came to bat, Roseboro allegedly was returning pitches to Koufax, close to Marichal's head. Juan took offense, Roseboro provided a few words, then the two went at it resulting in numerous stitches to Roseboro's head and a hospital stay. Marichal had six 20-game seasons, but was overshadowed by Koufax, the Cardinals' Bob Gibson, and the Mets' Tom Seaver. Marichal was inducted into the hall in 1983 with a 243-142 career record.
3. This outfielder played for the Braves and Indians, then became a San Francisco Giant in 1988. In 1991, he had a choice after being released by the Giants, but was a traitor and signed with the Dodgers in 1991 as a free agent. If you remember this player, he carried a water bottle into the outfield with him due to throat issues, which Major League Baseball banned. Who was this 1996 Major League Baseball Branch Rickey Award winner?

Brett played for 17 seasons from 1981-1997. He led the league in hitting triples twice, runs twice, and walks once. Butler had some medical issues which required him to keep his throat wet. After a meeting amongst baseball's higher levels, his water bottle was banned as it was not authorized equipment on the field. He retired as a Dodger.
4. The Dodger-Giant rivalry started way back when the Dodgers were in Brooklyn against the New York Giants. This pitcher played for Brooklyn from 1918 to 1926, then signed with the New York Giants in 1927. Who was this pitcher who Major League Baseball grandfathered in, to legally throw the spitball when they changed the rules against it?

Grimes was a 20-game winner four times for Brooklyn. His greatest seasons were in 1928 and 1929 with the Pittsburgh Pirates, when he finished third and fourth in the NL MVP voting. He also pitched for the Braves, Cardinals, Cubs, and Yankees, then retired in 1934 after 19 seasons.
5. This catcher began his career as a Giant in 1961, and played with them until they traded him to the Dodgers for Ron Hunt and Nate Oliver just prior to the 1968 season, so he didn't have much choice. He played for another four seasons with the Dodgers, then his final season with the Tigers in 1972. Who is this all-star catcher?

Tom went to his only World Series in 1962 with the Giants in a loss to the Yankees. He had four hits including a double and home run to his credit. Haller died in 2004 in Los Angeles at the age of 67.
6. This Cy Young Award pitcher played for 11 seasons with the Dodgers before signing with the Indians in 1995. This 'bulldog' had the audacity of signing with the Giants as a free agent in 1998, then came back to retire as a Dodger in 2000. Who was this all-star pitcher?

Hershiser was nicknamed "Bulldog", and won the NL Cy Young in 1988 with the Dodgers, a World Series winning season. Orel went 23-8 in the season. He was also named the 1988 World Series MVP. In his only season with the Giants in 1998, he went 11-10. He went to one World Series with the Dodgers, and two with the Indians in 1995 and 1997.
7. This Giant pitcher was on the mound against the Dodgers in 1951 when Giant outfielder Bobby Thomson hit the "shot heard round the world", the game winning home run. This resulted in the Giants defeating the Dodgers and going to the World Series against the Yankees. The Dodgers bought his contract from the Indians in 1956, and he finished runner-up to the first Cy Young Award ever presented. Who is this pitcher nicknamed, "The Barber"?

The 'shot heard round the world' was in the 1951 season, when the Dodgers and Giants tied at the end of the season and played a three-game playoff. The Giants were later defeated by the Yankees in the World Series. Sal went 23-6 in the season, worthy of the Cy Young Award if it were presented then.

The Cy Young Award was first presented in 1956 and went to Don Newcombe of the Dodgers with his 27-7 record. Teammate Maglie was runner-up with his 13-5 pitching record. Sal retired in 1958 after only 10 seasons.
8. This Hall of Fame slugger spent 16 seasons with the Dodgers from 1947-1962. The franchise gave him the opportunity to go to six World Series with them. He showed his appreciation by joining and retiring as a Giant in 1964. Who is this traitor that hit four World Series home runs twice as a Dodger?

Snider hit four home runs in the 1952 World Series in a loss to the Yankees, then hit four more in the 1955 series, the Dodgers' first World Series crown. Duke retired with 407 career home runs, and was inducted into the hall in 1980.
9. This Hall of Famer was inducted as a manager. He played with Brooklyn for six seasons before playing for the Giants for two seasons. He didn't know where he was because he then went back to Brooklyn to manage the Dodgers in the 1930s. Later, he had the helm of a team that won 10 league pennants in 12 seasons, but neither were the Dodgers or Giants. Who was this great?

After managing the Dodgers and the Boston Bees/Braves, Casey took over the Yankees in 1949. The rest was history with the Yankees by winning seven World Series in the next 10 seasons that they made it to the postseason. After leaving the Yankees in 1960, Casey would regret taking over the New York Mets in four seasons, losing 100+ games in each one. Stengel was inducted into the Hall of Fame in 1966.
10. In six seasons, this second baseman played for the Giants from 1997-2002. He was the NL MVP in 2000. He became a traitor and played his final four seasons with the Dodgers from 2005-2008. Who was this that won four Silver Slugger awards and was a four-time All-Star?

Before getting into the hated Dodger-Giant rivalry, Kent played for seven seasons with the Blue Jays, Mets, and Indians. Jeff won the NL MVP in 2000 over teammate Barry Bonds, although not leading the league in any major category. Kent retired in 2008 with 377 career home runs.
Source: Author Nightmare 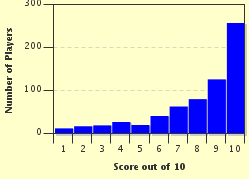