Quaint, But It's Our Home! Trivia Quiz

All multiple choice about some Major League ballparks. I hope that you have fun with it! :-)

Quiz Answer Key and Fun Facts
1. In 2007, the Reds completed their fourth season at Great American Ball Park. Which ballpark did they play in immediately before they moved into Great American ballpark in 2003?

Although their was a corportate name change to Cinergy Field, Riverfront Stadium had been the Reds and the NFL Bengals home field since 1970. The Reds experienced five National League crowns and won three World Series at Riverfront. The Reds played at Crosley Field from 1912-1970.
2. When the Toronto Blue Jays joined Major League baseball in 1977, their home games were played at Exhibition Stadium for many seasons. Which year did they move into the Skydome?

The Skydome later took a name change to the Rogers Centre. Failing to win even an American League crown at Exhibition Stadium, they won the World Series at the Skydome in 1992. The Skydome was also shared by the Toronto Argonauts of the Candian Football League from 1989-2004.
3. At which ballpark did the Chicago Cubs play in during the 1990s?

Not just the 1990s, but many other decades also. The Cubs moved into Wrigley Field in 1916. They moved into Wrigley from West Side Park II, where the Cubs won four NL crowns from 1906-1910, including two World Series. At Wrigley, it took more than 70 seasons for the Cubs to play their first night game there. That game was held in 1988.
4. 1938 found the Philadelphia Phillies in a new ballpark. From 1895-1938, the Phillies played in the Baker Bowl, then moved into Shibe Park. They played there until 1970, but Shibe Park was renamed in 1953 to what?

Shibe Park was renamed in honor of American League Philadelphia Athletics manager Connie Mack. Mack had the team from 1901-1950, an amazing run that will never be duplicated. Mack retired with the most wins as a manager, 3731, and most losses of 3948 also. Mack took the Athletics to nine American League pennants. He died in 1956.
5. The Detroit Tigers finished off their eighth season at Comerica Park in 2007, after playing in Tiger Stadium until 1999. What was Tiger Stadium named before it was Tiger Stadium?

The Tiger franchise began in 1901 with the new American League. They played at Bennett Park until 1911, then moved into Navin Field for 26 seasons. With a name change in 1938, the team found themselves at Briggs, and stayed their even through a name change of Tiger Stadium in 1960.
6. The San Diego Padre franchise was a new expansion team in 1969. They played in the same ballpark until 2003 when they left Qualcomm Stadium. What was the name of Qualcomm Stadium prior to 1997, when it was named Qualcomm Stadium?

Jack Murphy Stadium saw its first 1,000,000 attendance mark in 1974 (it was known as San Diego stadium when it opened, for a number of years). They reached two million for the first time in 1985. At their new Petco Park in its first season in 2004, the Padres finally topped the three million attendance mark in a season.
7. The Dodgers moved from Brooklyn after the 1957 season to Los Angeles. They are well known for playing at Dodger Stadium. Which park did they play four seasons at in Los Angeles before moving into Dodger Stadium?

From 1958-1961, the Dodgers shared Los Angeles Memorial Coliseum with the NFL Rams, NFL Raiders, and college's USC Trojans. The coliseum was built in 1923. The Dodgers won the World Series in 1959. The Dodgers' final season in the coliseum found them number one in attendance of all eight NL teams for the season in 1961. Dodger Stadium's first season in 1962 finished on top in attendance again, with almost 951,000 more fans than the previous year.

The Dodgers played at Ebbets Field from 1913-1957 in Brooklyn.
8. The St. Louis Browns existed from 1902-1953, formerly being the Milwaukee Brewers in the new American League in 1901. In those over 50 seasons, the Browns managed only one American League pennant. Which ballpark did they win that crown in?

The Browns played their entire St. Louis career in one ballpark, being Sportsman Park, later to be called Busch Stadium. Their AL title came in 1944 under the helm of Luke Sewell. The Browns shared the ballpark with the NL Cardinals. The team moved to Baltimore after the 1953 season to become the Orioles.
9. The Los Angeles Angels were a new expansion team to the American League in 1961. Where did they play their home games in their first season?

Wrigley Field was first opened for sports in 1925, and torn down in 1966. The Angels spent only the 1961 season at Wrigley, then moved into and shared Dodger Stadium with the Los Angeles Dodgers. Dodger Stadium was built for the Dodgers in 1962. In 1966, the Angels moved south to Anaheim, and played at the newly built Anaheim Stadium.

In 2007, the team was still in the same stadium, although the ballpark went through some name changes, including Edison Field. In 2007, it was simply called Angel Stadium.
10. Which ballpark did the Chicago White Sox play 80 seasons at?

The White Sox began their franchise in 1901, and played at South Side Park until moving into Comiskey in 1910. Named after Charles Comiskey, the team remained there until 1980. The White Sox won only three AL pennants and one World Series at Comiskey Park.

In 1991, they played at the new Comiskey Park II until a name change of U.S. Cellular Field took hold. It was still the same ballpark.
Source: Author Nightmare 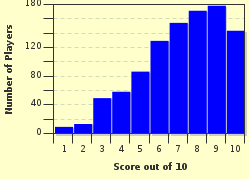