In 2008, Pennsylvania was number two behind California for producing the most Major League players in its history. Let's see if you can identify some of Pennsylvania's greats. I hope that you enjoy it! :-)

Quiz Answer Key and Fun Facts
1. Born in New Castle, this Major Leaguer played from 1955-1962, but he made a name for himself by coming home to manage the Pittsburgh Pirates for nine seasons, and winning the World Series in 1979. Who is this Pennsylvanian?

Tanner took up managing with the White Sox from 1970-1975, then Oakland for one season before coming home to the Pirates from 1977-1985. He also managed the Braves for three seasons. In Pittsburgh, he left with a 711-685 record.
2. Born in Wyncote in 1946, this Hall of Famer is the cousin of Barry Bonds. Playing for Athletics, Yankees, and Angels, he hit 563 home runs and was the 1973 AL MVP. In 1993, he stood by himself when inducted into the Hall of Fame. Who is this player?

Nicknamed "Mr. October", Reggie hit 18 postseason home runs. He won two World Series MVP awards in 1973 and 1977, but the latter was historical as he hit five home runs in the series, and three in one game.
3. This Dodger catcher's career was cut short in an automobile accident in 1957. He went back home to his home in Philadelphia to mend his injuries, but would never play again. He won three NL MVPs in 1951, 1953, and 1955. Who was this career Dodger?

Campy played from 1948-1957. Hitting 242 home runs over 10 seasons showed power for a catcher. He was an eight-time all-star, and was inducted into the hall in 1969.
4. Born on Christmas Day in St. Thomas in 1927, this Hall of Fame second baseman played most of his 19 seasons with the White Sox. He was the 1959 MVP with Chicago. Who is this Pennsylvania Hall of Fame great?

Fox's MVP came over his two teammates in Luis Aparicio and Early Wynn. Eight times Nellie led the league in singles and four times in hits. He retired in 1965, then died in 1975 at the age of 47.
5. This Hall of Famer from Norristown only pitched in 26 games in his career. He was signed by the Phillies in the amateur draft, but never played for them. He was not a household name until he took over the Dodgers from Walter Alston at the end of the 1976 season. He would keep the team for 21 seasons, earning four NL pennants and two World Series, while winning two Manager of the Year awards. Who is he?

Tommy's career pitching record was 0-4. He won the Manager of the Year in 1983 and 1988. He was inducted into the Hall of Fame in 1997 along with Nellie Fox, Phil Niekro, and Willie Wells.
6. Arguably the greatest player of all-time, this Hall of Fame great was born in Donora in 1920, entered the game in 1941, and made an immediate impact. By 1951, he would win the NL MVP three times, and be the runner-up another three times. Seven times he led the league in batting and hit 475 home runs. Who is this 22-season career St. Louis Cardinal?

After winning his third MVP in 1948, the next three seasons would find him as the runner-up. He was bested by Jackie Robinson, Jim Konstanty of the Phillies, and Roy Campanella, another Philly born great.
7. Born in Factoryville, this Hall of Famer was one of the biggest guns in baseball, winning 372 games as a New York Giant. He led the league in wins four times, ERA five times, and threw a Triple Crown twice. Who is this 1936 hall inductee?

From 1900-1916, Mathewson ruled the National League with the Giants. He played in one game only with the Reds to finish his career, and this is where win number 373 came from. He tied in career wins with Pete Alexander.
8. This Hall of Famer was a Pennsylvanian all the way. Born in Chartiers in 1874, he died in Carnegie in 1955. He played 18 of his 21 seasons in a Pirates uniform. Eight times he led the league in batting, and retired as a member of the 3000-hit club. He was also one of the first five inducted into the Hall of Fame in 1936. Who was this great?

Wagner spent his first three seasons with the Louisville Colonels, and when the team went defunct in 1899, him and other teammates joined the Pittsburgh Pirates. What a difference it made for the Pirate team. They would finish second in 1900, then take three consecutive National League pennants.
9. This 1946 Hall of Fame arm played for the Philadelphia Athletics in 14 of his 17 seasons. Born in Gettysburg, he would go on to win 326 games, and help Philadelphia to four World Series appearances. Who is this pitching great?

Eddie only led the league in saves once, was runner-up with wins four times, and ERA once. Plank had two World Series titles to his credit, defeating the New York Giants both times. After retiring in 1917, Eddie died in his hometown of Gettysburg in 1926 at the age of 50.
10. Born in Lancaster, this 2006 hall inductee spent his entire career with the Cubs, Cardinals, and Braves. He was the only caucasian player inducted in a year that saw 18 inducted. He retired in 1988 with exactly 300 saves to his credit. Who is he? 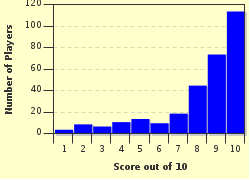