If the dugout were a phone booth, see if you can identify some of these elite super men in the game, with pictures to give you hints also. Don't forget that you can click on the picture to enlarge it. I hope you have fun with it. :)

Quiz Answer Key and Fun Facts
1. Retiring just short of 500 career home runs, this Hall of Famer went to seven World Series with the same team while hitting 10 World Series home runs. He was an American League MVP twice and batted for the Triple Crown. Who was this superman infielder that wore the number 4?

Gehrig was the New York Yankee known as the "Iron Horse". Lou played in just 34 games before his record streak of 2130 consecutive games began. He stepped down with 2164 total games, and had 493 home runs to his credit. His MVPs came in 1927 and 1936, and batted for the Triple Crown in 1934 where he finished fifth for the MVP. He stepped down from the game which ended his streak on April 30, 1939, then died in 1941.
The picture is the New York Yankee logo on the field, representing the team that Gehrig played his career with.
2. This superman stepped out of a phone booth in 1941 to begin his career. Leading the league in so many categories for so many seasons, it is amazing that the Triple Crown was just out of his reach. He won three MVP awards and was runner-up for the MVP another amazing four other times. Averaging 22 home runs per season, batting .331, having 194 hits per season average in his career, he was an easy Hall of Fame inductee in his first year of eligibility. Who was this 'Superman'?

Musial was a career Cardinal from 1941-1963. He won all his MVPs in the 1940s, in 1943, 1946, and 1948. Stan helped the Cardinals to four World Series, winning three. He hit 475 home runs.
The picture is a St. Louis Cardinal logo, a team that Musial spent his 22-season career with, retiring in 1963.
3. In a seven season stretch, this tremendous Yankee player was in the top five for the MVP voting every season. He won three MVP awards in that span. He went to 14 World Series while contributing 12 home runs. He averaged only 29 strikeouts per season with his bat, and only six errors per season in his glove. Who is this Hall of Fame great?

Ruth's career is well-documented. He began his career with the Red Sox in 1914 as a pitcher, helped them to the World Series, then was sold to the Yankees. After 15 seasons in the pinstripes, hitting 659 home runs for them, he spent his final season as a Boston Brave in 1935. He was inducted into the Hall of Fame in 1936, then died in 1948.
5. This player became a member of the 500 Home Run Club in 1968. He never hit 50 home runs in a season, which showed the consistency of this super man. He played 21 seasons with the same team, then was traded to another team for his final two seasons. He was a 1957 league MVP also. Who is this Hall of Fame great?

Hank's season high for home runs was 45 in 1962. After 21 loyal seasons with the Braves, they traded him to the Brewers. He retired with 755 home runs. The saddest thing that happened to Aaron with his remarkable career, is that he hit home run number 713 on the next to last day of the 1973 season, leaving him one home run shy of tying Babe Ruth's record of 714. Throughout the offseason, Hank and his family received death threats and other hate mail if he tied or broke the Babe's record. Aaron endured the offseason, and took care of business on April 8, 1974, hitting number 715. The picture is of Hank Aaron himself.
6. This Hall of Famer is a member of the 500 Home Run Club and played for 19 seasons, although four were interrupted by military service. Who knows what might have been? He batted for the Triple Crown twice, and was a league MVP twice also. He won six batting titles, and was runner-up for batting crown another four times, all with one team. Who is this 'Superman' of an outfielder?

Ted retired with 521 home runs. He missed out on a third Triple Crown in 1949, losing the batting title by .0001 to George Kell of the Tigers. His entire career was spent with the Red Sox. Williams retired in 1960, after experiencing only one World Series in 1946. He batted only .200 in that series.
7. This Hall of Famer stepped out of his phone booth to pitch in baseball near the beginning of the 20th century. He led his league six times with the most wins, won two league MVPs, threw three Triple Crowns, and won over 400 games in his career, all with the same team. Who was this pitching great?

He threw 110 career shutouts, and was the first pitcher in history to strike out 3000 batters, retiring with 3509. Johnson was one of the first five players inducted into the hall in 1936.
8. This Hall of Fame 'Superman' retired with a tremendous .358 batting average over 23 seasons. Playing for six teams in both leagues, he won seven batting crowns, two MVPs, and batted for the Triple Crown twice in the 1920s. Who is this infielder?

Hornsby mainly made his Clark Kent name with the Cardinals from 1915-1926. Three times he batted over .400 with another season at .397. He spent five seasons with the St. Louis Browns of the American League from 1933-1937. His MVPs came in 1925 with the Cardinals and 1929 with the Cubs. Both Triple Crowns were with the Cardinals in 1922 and 1925. Hornsby hit 301 home runs, a good amount for that time in baseball, retiring in 1937.
9. This 'Superman' is a member of the 500 Home Run Club, was a Rookie of the Year Award winner, and won two MVPs during his career. He went to four World Series, but never hit a home run in them. He was a Gold Glove Award winner 12 times in the outfield. Who is this Hall of Fame great?

Willie played 20 seasons with the Giants, then his final two seasons with the Mets in 1972 and 1973. He is also a member of the 600 Home Run Club, hitting number 600 in September 1969 off San Diego's Mike Corkins. He retired with 660. Amazingly, his MVPs were 11 years apart in 1954 and 1965. Frank Robinson hit eight World Series home runs, and retired with only one Gold Glove Award.
10. This Hall of Fame pitching great won more than 300 games in his career. He was a 20-game winner in 13 remarkable seasons. Although winning only one Cy Young Award in 1957, he was runner-up another three times in his career. He went to three World Series and picked up four wins. He was a good hitting pitcher, and retired with the same number of hits as games he won. Who is this 'Superman' of a pitcher? 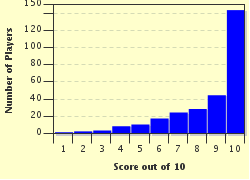