This baseball mixture has pictures that might or might not help. I hope that you have fun with it. :)

Quiz Answer Key and Fun Facts
1. After the boom of new ballparks going up in the 1960s and 1970s, only two new ballparks were built in the 1980s. The Kingdome in Seattle was one. Which was the other?

The Metrodome opened for the Minnesota Twins in April 1982. The Twins had played at Metropolitan Stadium for many seasons prior. The Metrodome saw its first World Series in 1987 when the Twins put the down the Cardinals four games to three. It would see another one just four seasons later in a four games to three win over the Braves.
Pictured was a metronome.
2. The 1968 season finally saw a pitcher break the 30-win barrier in a season via the name of Denny McLain. It was the first time since 1934 and Dizzy Dean of the Cardinals had done it. In-between these two pitchers, who came the closest to winning 30 games in a season?

After managing the Phillies in four seasons, Pat took over the Reds in 1919. Welcome to Cincinnati. He took the Reds to a 96-44 record, the franchise's best record since it began in 1882. It would all be over-shadowed by some White Sox players betting to rig the series. Kid Gleason managed the White Sox in the scandal. Rowland managed the White Sox in four seasons, getting out of town after the 1918 season.
The photo was of Julia Sweeney, who played a major character named 'Pat' in the television series, "Saturday Night Live".
4. Throughout the entire Major Leagues, which team finished in last place the most times during the 2000s decade?

There was some consistency in the decade, but unfortunately for some teams they were on the wrong side of the scope. The Rays led all Major League teams by finishing in last place seven times. The Royals and Nationals were almost as poor, finishing in last place six times. The Rangers and Pirates saw the cellar five times.
The photo of triple sixes was a Satanic sign, depicting the 'Devil' Rays team name which the team was named from 1998-2007. The team was known as the Tampa Bay Rays after that.
5. The Dodgers were in the 1941 World Series, and had game four won when Hugh Casey struck out Tommy Henrich for the third out in the ninth inning. But wait, shades of the Bambino Curse, Fred Merkle, and Bill Buckner all rolled into one, the Dodger catcher allowed a passed ball and the Yankees won the game, then the series. Who was this hardluck catcher?

Owen played with the Cardinals in four seasons prior, and was in his first season with the Dodgers in 1941. The Dodgers used four different catchers in the 1940 season. Mickey had allowed only two passed balls in the entire season when he let the golden one get by him. Instead of the series being tied at two games each, the Yankees won the series four games to one.
Pictured was Hollywood actor, Mickey Rooney.
6. Which team was Pete Rose playing for when he got his 4000th career hit?

Pete broke the career hit record of Ty Cobb by the time he retired in 1986. His 4000th hit came on April 13, 1984. Ironically, it was a double off Phillies pitcher Jerry Koosman, who he was teammates with in the season prior. Cobb retired with 4189 hits, then Rose with 4256.
The photo was taken at Montreal-Pierre Elliott Trudeau International Airport, depicting an Air Canada Airline.
7. How is the name Jocko Conlan recognized by some baseball fans?


Answer: He was an umpire

Conlan umpired in the National League for 25 seasons, including ejecting 26 players in the 1941 season. He didn't put with any 'guff' from players or managers, as he was a former New York State licensed boxing referee before becoming an umpire. Jocko died in 1989, after being inducted into the Hall of Fame in 1974.
Pictured was someone wearing a Lucha Libre "mask", trying to be a wannabe wrestler.
8. Which team in the 1990s drew the most fans in one season during the decade?

Although the Baltimore Orioles led the entire Major League for fans coming to their home games during the entire 1990s, the Rockies fans owned the 1993 season. It was Colorado's first season in the Majors, and they finished the season with 4,483,350 fans coming to see them play at home.

The Rockies finished sixth of seven teams in the NL West in 1993 with a 67-95 record. Even with the strike-shortened season of 1994, the Rockies fans were still loyal with a 3,281,511 attendance, leading the National League again. The photo was of Dwayne Johnson, professional wrestler and movie actor.

His nickname is "The Rock".
9. Billy Martin was a fiery player and manager. He managed in the Major Leagues in 16 seasons with five teams. Which of the following was not one of those teams?

Billy's first job at the helm was for Minnesota in 1969. He was most noted for fighting with one of his starting pitchers (Dave Boswell) at a nightclub, and sent him to the hospital. That was it for Billy in Minnesota. He also managed the Tigers, Rangers, Athletics, and Yankees. He helmed the Yankees to three World Series appearances from 1976-1978, winning two of them.
Pictured was a pack of Australia's Foster's Beer.
10. Dodger great Roy Campanella won three MVP awards in the 1950s. Who was the only other player to win three in the 1950s? 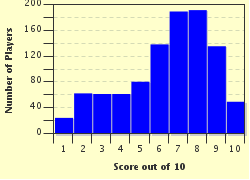