Think You're Smarter Than Me? Trivia Quiz

All multiple choice to see if you're smarter than I am in the baseball world. I had four correct. I hope that you enjoy it! :-)

Quiz Answer Key and Fun Facts
1. All these Hall of Fame players were catchers in their careers except for who?

Gehrig began his career on June 15, 1923, as the Yankee first baseman. A historical consecutive game streak, 493 home runs, and seven World Series later, Lou hung up his cleats in 1939 to a disease that would later be named after him. He was inducted into the hall in the same year, and would die two years later in 1941. Berra was a career Yankee (except for one season with the Mets), Bench was a career Red, and Fisk split his 24 seasons between the Red Sox and White Sox.
2. At the age of 44 in 2003, this player hit his 81st game lead-off home run of his career. Who was this player that also left baseball with the most stolen bases in a career?

The others were noted base thieves also, but died more than 40 years earlier. This home run was Rickey's 296th career home run, leaving one more before he retired at the end of the season. 81 of his 297 home runs to lead off a game was quite amazing. He also was the first player to steal over 1000 bases, retiring with 1406.
3. The great Nolan Ryan played with four teams during his 27-season career. Which of the following was not one of them?

Ryan's career began in 1966 with the Mets. After five seasons, and only having one winning season, he and three other Mets players went to the California Angels in exchange for infielder Jim Fregosi. This turned out to be one of the most lopsided trades in baseball history. 1980 found Nolan with the Astros until he signed as a free agent for the 1989 season with the Rangers. Ryan struck out a career 5714 batters.
4. Barry Bonds set a season home run record by hitting 73 big ones in 2001. Who was the runner-up for home runs in that season?

The others were already retired and had to watch Bonds from the stands. Sammy hit 64 for the Cubs, and it all went unnoticed. So did his own record of being the first player in history to hit 50 home runs in four consecutive seasons. In those four seasons from 1998-2001, Sosa hit 243 combined home runs.
5. The Pittsburgh Pirates won the 1960 World Series over the Yankees, by a walk-off home run in game seven. Who hit the historical shot?

The others were all Hall of Famers, but died at least 10 years earlier. This was the first time in baseball history that a home run ended a World Series. The Yankees went down four games to three. Ironically in the Yankees' three victories, they outscored the Pirates 38-3.
6. The Montreal Expos moved from what city to become the Expos in Montreal?


Answer: They began in Montreal

The Expos were an expansion team along with the Seattle Pilots (later Milwaukee Brewers), Kansas City Royals, and the San Diego Padres. They were all brought into the league in 1969. The Expos were managed by Gene Mauch. The team finished last, and shared the record of 52-110 with fellow expansion team, San Diego Padres.
7. This team in 1914 provided the first real skunking job in a World Series, by defeating the Philadelphia Athletics four games to 0. Which National League team was this?

None of the other teams existed until after 1955. The Braves, led by pitchers Bill James and Dick Rudolph, also had the bat of Hank Gowdy who hit the only home run in the series. Gowdy also batted .545. The Athletics had just come off a four games to one win over the Giants in the 1913 series. 1914 was Philadelphia manager Connie Mack's fifth of eight World Series appearances.
8. In 100 seasons of Major League baseball from 1901-2000, which National League team never changed their name?

The Pittsburgh franchise became the Pirates in 1891 after being named the Alleghenys. The Cubs franchise was in the National League in 1901 with the name of the Chicago Orphans. "Cubs" did not come to be until 1903. The Philadelphia team was the Quakers until the 1890 season saw them holding the Phillies name, but in 1943, they changed to the Blue Jays, then went back to the Phillies in 1945. Cincinnati was the Reds for the entire 20th century, except for six seasons when they changed to the Redlegs from 1954-1959.
9. Manager Joe Torre took the Yankees to six World Series in twelve seasons from 1996-2007. 2008 saw him at the helm of which team?

After the parting of manager Grady Little, the Dodgers had that mountain-top feeling with Torre at the helm. As a player before becoming a manager in 1977 with the Mets, Torre began his career with the Milwaukee Braves in 1960 as a catcher, and took over the catching duties from Del Crandall. Torre played for 9 seasons with the Braves, before he was traded to the St. Louis Cardinals in 1968.

He replaced catching great Tim McCarver. In 1971 with the Cardinals, he was moved to third base to make room for upcoming catcher Ted Simmons.

In 1971 he batted .363, and won the National League MVP award. In 1975, he went to the New York Mets for his final 3 seasons.
10. Babe Pinelli umpired the final Major League game of his career, as home plate umpire, in 1956. This particular World Series game was famous for what?

This was his last game as a home plate umpire, when he called Dodger pinch-hitter Dale Mitchell out on three strikes on October 8, 1956. This was game 5 of the 1956 World Series. The Yankees went on to beat the Brooklyn Dodgers, 4 games to 3.
(Pinelli worked two more games after this one)
Source: Author Nightmare 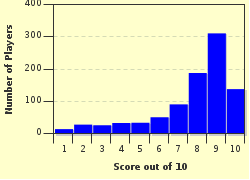