Out of Left Field Trivia Quiz

All multiple choice about some Hall of Fame greats who were inducted into the hall as a left fielder. I hope that you enjoy it. :-)

Quiz Answer Key and Fun Facts
1. Nicknamed "Pops", this Pittsburgh Pirate shared a season NL MVP in the only tie in Major League history. He also hit over 400 home runs. Who wore this number 8?

They were all former Pirates, but it was Stargell that played his career as a Pirate from 1962-1982. He tied with the Cardinals' Keith Hernandez for the NL MVP in 1979. Later balloting rules were written so this would never occur again. Pops hit 475 home runs in his career, topping out at 48 in 1971. 1971 saw him as the runner-up MVP to Joe Torre of the Cardinals. Willie was also the runner-up MVP in 1973 to Pete Rose of the Reds.

The hall took him in 1988. Stargell died in 2001 at the age of 61.
2. Which Red Sox player was inducted into the Hall of Fame as a left fielder, won two MVPs, hit for two Triple Crowns in his career, and was also a member of the 500 Home Run Club?

The others were all with Boston at some point in their careers. Possibly the greatest player in the Major League history, Williams lost a lot of playing time due to war. He was still able to hit 521 home runs and with two MVPs in 1946 and 1949, and also two Triple Crowns in 1942 and 1947. Ted, nicknamed "The Splendid Splinter" and "The Thumper", played his entire 19 seasons with Boston.

He retired in 1960, then was inducted into the Hall of Fame in 1966. He died in 2002 amongst a family legal battle over his remains.
3. This Hall of Famer was inducted into the hall in 1982 as a left fielder, although he played more games in right field. He was the first player in history to win a season MVP Award in both leagues, and hit over 500 home runs in his career. Who was this?

The others never became a member of the 500 Home Run Club. Robinson won the Rookie of the Year Award in 1956 with the Reds. Frank went on to win the MVP with Cincinnati in 1961. He was traded to the Baltimore Orioles for the 1966 season, where he batted for the Triple Crown and won the AL MVP.

He also had a World Series and All-Star game MVP to his credit. Frank hit 586 home runs in his career.
4. This left-handed batter and thrower played over 2000 games in left field. He broke Maury Wills' season stolen base record by stealing 118 bases in 1974. Who is this Hall of Fame left fielder?

The others never stole more than 90 bases in a season. Beginning in 1962, Brock played in three seasons with the Cubs, then was traded to the Cardinals for the balance of his 19-season career. Wills of the Dodgers broke Ty Cobb's record of 96 stolen bases with 104 in 1962. Brock stole his 118 in 1974. For his efforts, Lou was the runner-up MVP to Steve Garvey of the Dodgers. Brock was inducted into the hall in 1985.
5. This left fielder combined his services with Hall of Fame great Ernie Banks, to make one of the biggest Cubs' one-two punches in franchise history. Who was this 1961 National League Rookie of the Year?

Williams wore the number 26 from 1959-1974 in Chicago. He won the rookie award over Joe Torre of the Braves. Billy combined with the greats of Ernie Banks at shortstop and Ron Santo at third base to give the Cubs a most powerful team in the 1960s. Unfortunately, the team averaged a 6.4 finish of 10 teams in the league during the decade.
6. Inducted as a left fielder, this Hall of Fame great won three NL MVP Awards, seven batting crowns, and hit over 400 home runs in his career. Who is this that wore a number 6 on his back?

The others didn't win even one MVP Award. Stan was a career Cardinal from 1941-1963. In addition to his three MVPs, Musial was the runner-up MVP another four times. 14 times in his 22 seasons, he was in the top ten for the MVP balloting. He was an easy Hall of Fame induction in 1969.
7. Which of the following was not inducted into the Hall of Fame as a left fielder?


Answer: None of them were

Burgess was a catcher, and both Stuart and Hebner were infielders. Not only were they not left fielders, but none were inducted into the Hall of Fame.
8. This Hall of Famer played his entire career of 23 seasons with the Boston Red Sox. He was the last slugger to bat for the Triple Crown in the 20th Century. Who is this that wore the number 8 in left field at Fenway Park?

The others all played for Boston, but it was Yaz who batted for the Triple Crown in 1967. Carl won the AL MVP for his efforts. He also won the batting title in 1968 with a the lowest average for a title winner in Major League history. He batted just .301 in that season in 1968. After hanging up his number 8 in 1983, he was inducted into the hall in 1989.
9. Although playing more games at first and third base than left field, he was inducted at position seven. He was a 1969 MVP and hit over 550 home runs. Who was this?

The others all died prior to 1969. Killebrew, nicknamed "Killer", played for the Washington Senators beginning in 1954, then made the move with the franchise to Minnesota in 1961. Besides winning the MVP in 1969, he was in the top ten another four times for the MVP.

His final season of 22 was with the Royals in 1975. Harmon hit 573 home runs in his career, and was inducted into the hall 1984.
10. This Hall of Famer played four times more games in right field, but was inducted as a left fielder. He played for 22 seasons, mostly with the Padres and Yankees. 12 times he was selected to the All-Star game and won a Gold Glove seven times. Always smiling, who was this that hit 465 career home runs?

The others were all pitchers. From 1973-1980, Dave provided his outfield services to the Padres. In 1979, he was third for the MVP Award behind Keith Hernandez and Willie Stargell who tied for the award. After his time with the Padres, he became a Yankee for nine seasons. Winfield retired in 1995 as a Cleveland Indian, and was inducted in 2001.
Source: Author Nightmare 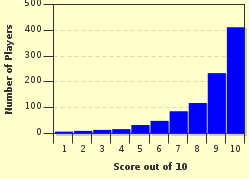