All multiple choice about the hated Red Sox/Yankee rivalry, and players who defected from one team to the other. The pictures have some connection for the devious thinking, and you're own your own. I hope you enjoy it. :)

Quiz Answer Key and Fun Facts
1. This Hall of Famer played for the Red Sox from 1982-1992, then signed as a free agent with the Yankees for 1993. The third baseman played in 11 All-Star games, and led the league in batting five times. Who is this traitor?

Wade played for a total of 18 seasons. He played five in the pinstripes, then his final two with Tampa Bay. All of Boggs' batting titles came with the Red Sox, including his finishing in third place for the Rookie of the Year Award. He was inducted into the Hall of Fame in 2005.
2. After many seasons in the league, I became a Yankee in 1995. I won a Cy Young Award in 1994, and I threw a perfect game in 1999 while wearing the pinstripes. In 2001, I signed as a free agent with the Red Sox. Who am I?

The Angels purchased Bob's contract from the Yankees after the 1962 season, then released him in July 1963. On the same day, Turley signed as a free agent with the Red Sox. He retired after that 1963 season with a 1-4 Red Sox record. He won the 1958 Cy Young Award when it was presented to only one pitcher Major League Baseball wide, in its third presentation.

In 1958, Bob went 21-7 with the Yankees.
5. I pitched for the Red Sox from 1967-1971. In my rookie season, I watched teammate Carl Yastrzemski bat for the Triple Crown. You can't call me a traitor because Boston traded me to the Yankees in March 1972. I won a Cy Young Award as a Yankee. I played with the Yankees for seven seasons before being traded to the Rangers. Who am I that never started a game in my 16-season career?

Sparky was a clutch reliever. Near the end of his career, he pitched for the Rangers, Phillies, and White Sox. His career record was 99-76 with 238 saves. Lyle went to only one World Series, in 1977 to watch Reggie Jackson hit five home runs against the Dodgers to get him his ring.
6. This Hall of Fame 25-season player provided his services to nine different teams in his career. He first became a Yankee in 1985, and played in five seasons with them and one with Boston. Who was this base stealing wonder who set a record for 1406 stolen bases?

Rickey began his career from 1979-1984 with the Athletics, and established himself as one of the biggest thieves in baseball. He set a season record in 1982 by stealing an amazing 130 bases. After his five seasons with the Yankees, Henderson went back to Oakland in 1989.

After playing for a few teams, he became a member of the Red Sox in 2002, then retired as a Dodger in the next season.
7. This Hall of Fame pitcher found himself playing with Babe Ruth on the Red Sox from 1915-1919, then hooked up with the Babe again in 1923 with the Yankees. He went to four World Series with the Yankees, and was a member of Murderers Row in 1927. Who is this Hall of Fame pitcher?

Pennock started his career with the Philadelphia Athletics in 1912, and went to the World Series with them in 1914 with a loss to the Boston Braves. He pitched for the Red Sox from 1915-1922. From 1923-1933, Herb wore the pinstripes in New York, then defected back to the Red Sox in 1934 where he retired.

He finished third and fourth for the AL MVP during his career. Herb died in 1948 in New York, New York, the same year and same place that the Babe died.
8. I certainly can't complain about my career. I was a Yankee in my rookie season in 1955, then stayed in the pinstripes until 1967. I went to nine World Series with them, and shared the catching duties with Hall of Fame great Yogi Berra. You can't call me a traitor because the Yankees traded me to Boston for a no-name "player to be named later" type of trade mid-season 1967. I was at Boston when I retired in 1968. Who am I?

Howard wore the number 32 behind the plate and won the American League MVP Award in 1963 with the Yankees. They were skunked in the World Series by the Dodgers and Sandy Koufax. Elston also went to another World Series with the Red Sox in 1967 in a loss to the Cardinals.
9. This Hall of Fame pitcher was with Babe Ruth on the 1919 Red Sox, then was rostered with the Babe again on the 1921 Yankees. He spent the rest of the decade in the pinstripes, and led the league in 1927 with the most wins on the Murderers Row team. He finally retired as a Brooklyn Dodger in 1938, then was inducted into the Hall of Fame in 1969. Who is this pitcher?

Hoyt began his career as an 18-year old rookie in 1918 with the New York Giants. After two seasons in Boston, he became famous with the Yankees, including his 22-7 record in 1927. Waite went to seven World Series, six with the Yankees and one with the 1931 Philadelphia Athletics, winning three rings.
10. This pitcher was with the Red Sox from 1915-1919. He defected to the Yankees in 1920, and unfortunately, his 1920 season is what made his name in baseball. He hit Cleveland Indian Ray Chapman in the head with a pitch, and Chapman later died from it. Who is this pitcher?

Mays hit the Indian shortstop on August 16, then Ray died the following day. The Indians went on to win the World Series in his honor. Mays also pitched for the Reds and Giants after his Yankee years, and retired in 1929 after 15 seasons. Carl went 26-11 and 27-9 in the pinstripes, but never shook off the Chapman incident.
Source: Author Nightmare 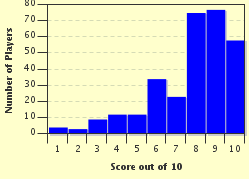