Another all multiple choice quiz about some happenings during the century. One question for each decade. It was written for dummies like me! I hope you have fun. :-)

Quiz Answer Key and Fun Facts
1. When Major League baseball began in 1901 with the emergence of the American League, the National League had a team that won the NL. The team won three consecutive NL pennants, then found themselves in the first World Series in 1903. Which team was this?

The other teams did not exist. The Pirates inherited many players from the defunct Louisville Colonels after the 1899 season. The first World Series in 1903, and saw them lose to the Boston American/Pilgrims, five games to three.
2. In 1914, a league attempted to form and combine to make the third Major League, joining the American and National League. Which league was this?

The Federal League existed only for two seasons, going belly-up in 1915 after fielding eight teams. The Indianapolis Hoosiers won the first Federal League pennant in 1914 over the Chicago Chi-Feds. The Hoosiers were led by pitcher Cy Falkenberg who went 25-16 in the season.
3. For the first time in baseball history, what occurred in 1920?


Answer: A player died after being hit by a pitch

Ray Chapman of the Cleveland Indians was hit in the head by Carl Mays of the Yankees. Ray died days later. The Indians would rebound to go all the way and win the World Series over the Brooklyn Robins in 1920.
4. In 1939, and for the first time in baseball history, this player was the first to have his jersey number retired. Who wore this Yankee number 4?

The others did not begin their Yankee careers until the 1950s. Most noted for his consecutive game playing streak, Gehrig also won two AL MVPs and batted for a Triple Crown. He stepped down from baseball in 1939 due to an illness, and died in 1941. He was inducted into the Hall of Fame in 1939. Lou was the second baseball person in history to be inducted into the Hall of Fame in the same year that he was active.

The first was manager Connie Mack of the Philadelphia Athletics in 1937.
5. Which St. Louis Cardinal won three season MVPs in the 1940s?

The others were all Cardinals, but did not begin their Major League careers until the 1960s. Musial played his entire 22-season career with the Cardinals from 1941-1963. His MVPs came in 1943 over teammate Walker Cooper, in 1946 over Dixie Walker of the Dodgers, and finally in 1948 over pitcher Johnny Sain of the Boston Braves. From 1949-1951, Stan was the MVP runner-up, losing to Jackie Robinson of the Dodgers, Jim Konstanty of the Phillies, and Roy Campanella of the Dodgers, respectively. Musial was an easy hall induction in 1969.

He also retired with 475 home runs along with seven batting titles.
6. In 1951, announcer Russ Hodges' words went down in history. What words were they?

Russ Hodges was the New York Giants announcer, who in 1951 was broadcasting the historical game against the Brooklyn Dodgers when Bobby Thomson's "shot" was indeed heard around the world.
7. In 1962, Ty Cobb's season stolen base record of 96 was finally broken after almost 50 years. It was broken by a speedster who was the first to reach 100 stolen bases in a season. Who was this Los Angeles Dodger?

The others did not begin their Major League careers until the 1980s, and were also pitchers. Wills stole 104 bases in the 1962 season. When the Dodgers and Giants tied for first place at the end of the season, the two began a three-game playoff. Credited with the Giants' playoff win was the San Francisco head grounds keeper Matty Schwab, who 'allegedly' kept the infield dirt too wet in an attempt to slow Wills down at Candlestick Park.

The Dodgers protested to the league, but it went unanswered.

The Giants took the NL pennant but would lose in the World Series to the Yankees. Maury would go on to steal another 94 in 1965, then retire with 586.
8. In 1977, the American League added two franchises to their fan base. Which two teams were these?

The Padres and Expos were added to the National League in 1969. The Brewers franchise were the Seattle Pilots in 1969 before becoming the Brewers in 1970. The Mariners' first 30 seasons never saw them in an AL Championship series, while the Blue Jays won the World Series in 1992 and 1993.

This is not to take away from the Mariners, who have produced baseball players such as Alex Rodriguez, Ichiro Suzuki, and Edgar Martinez, amongst many other baseball greats.
9. 1986 saw for the first time in baseball history, two rookie pitchers start a game and face each other. It was a first because the opposing pitchers were brothers. Who were this Cub and Phillie?

The other brothers never existed. Greg of the Cubs and Mike of the Phillies faced each other in a game on September 29th. The Cubs won 8-3, and saw Greg take the win while brother Mike took the loss. Mike retired in 2000 after 15 seasons with 39 wins, while Greg was in his 22nd season in 2007 with over 300 wins.
10. In 1996, the American League had a shortstop that won a batting title for the first time in 52 years. Who was this Seattle Mariner?

The others were all retired before 1996. Rodriguez was in his first full season of the big leagues in 1996, after playing in limited duty his first two seasons. Alex hit .358 to win the AL batting title over Frank Thomas of the White Sox with his .349 average. A-Rod won the AL MVP with the Rangers in 2003, then another as a Yankee in 2005. 2007 saw Rodriguez hit 50+ home runs in a season for the fourth time in his career.

The shortstop who won the batting title as a shortstop before Rodriguez, was Lou Boudreau of the Indians. 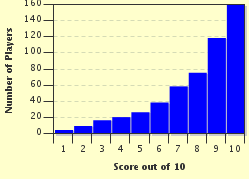