Here is a quiz for those discerning "Friends" watchers who may have seen these art objects a million times. Here's a chance to prove yourself a "Friends" art connoisseur! (You will need outside knowledge to answer the questions.)

Quiz Answer Key and Fun Facts
1. Monica's apartment is one of the main settings in which things take place and we see something on the wall to our left next to the bathroom door that depicts somes figures. What are these?


Answer: The goddess Diana hunting with her dog in marquetry or inlaid wood

This is one of the most obvious images in the "Friends" scenes and you'll see it move once or twice. I cannot remember seeing it stray from that left wall from our viewpoint however. Though perhaps Monica's personality is very strong, the Judith triumphantly holding up the severed head of Holofernes would be a bit much. Poor Chandler and Joey would faint.
2. Perhaps one of the most often seen images in Monica's apartment is the large poster over the mantlepiece from France. What does it say?

This is a poster by the famous fashion illustrator Jules Chéret and mentions the famous Parisian park called the Buttes or bluffs. The poster is touting toys or gifts and depicts a child on a rocking horse. Etrennes are gifts of money or toys to children at New Years or other occasions (also the yearly 'gift' to the concierge in your building) This is where the French fan club meets in Paris as they spotted the reference on the show. Jules Chéret also did some of the most popular images of the Folies Bergčres.
3. During Chandler and Joey's stay together as roommates, for a long period of time, there is a poster of two famous actors or characters with one wearing a bandage on his head. Who are these famous actors?

Stan Laurel and Oliver Hardy were one of the most famous comic duos of the early films industry. Their brand of humor suits the duo of Chandler and Joey quite well.
4. I'd be willing to bet that any "Friends" fan has heard this many times as the characters cavort in the fountain and yet, may have to think this one over. The theme song, 'I'll Be There For You' is performed by the group named after a famous artist who painted the "Nightwatch" amongst others. What is the name of the group?

This enormously popular song is part of the ritual that 'Friends' watchers enjoy. Raise your hand if you've clapped along with it. My favorite line during some dud job years of my own was, "Your job's a joke, you're broke, your love life's D.O.A. It's like you're always stuck in second gear" because my car actually was stuck!
5. One of the most popular icons of 'Friends' was the framed peephole. A whimsical little gold frame with curves hangs on the door. What is the story behind it?


Answer: It was originally framing a mirror that the crew smashed and left up anyway.

This famous icon was one of the last things we saw in the final 'Friends' episode. People so loved them that you could purchase replicas on the internet.
6. When Joey came up in the world during his stint as Dr. Drake Ramorey on "Days of Our Lives", he lived alone for a time and invested in quite an art collection. Never having had so much money before, he overextended himself so that when he lost his job, everything was repossessed except for one object that Ross bought back for him that he liked. The famous white dog statue was provided by which of the series' stars?

This dog was a good luck present to Jennifer Aniston from a friend and was kept in the show. According to a lot of newsgroups, it apparently got a lipstick smile on it in "TOW the Embryo".
7. During Chandler and Joey's time together as roommates there is a poster in their room in Russian with which of the following depicted?

There is another poster in Russian that changes locations from the USSR of two people reading.
8. One of the posters in Chandler and Joey's apartment was entitled 'Les Mystčres de New York". What did it depict?


Answer: A man in a cap with a bandana covering his mouth, with one hand held up and the other pointing a gun at the observer.

This poster depicts an episode of the "Mysteries of New York" which was a series of films made by the French film company Pathé-Exchange in the WWI period for the US market. This included the 'Perils of Pauline" and others.
9. Though not traditionally thought of as art, a visual reminder appears in each episode of "Friends" and some people, as obsessed as Monica with details, even have websites charting the change in images on this object. What is this object that hangs behind the door in Chandler and Joey's apartment?

One of the crew named Paul Swain generally drew in these things that were either related to the story line, or else jokes amongst the crew. MagnaDoodle, manufactured by Fisher Price, probably benefited from the publicity! As many of the sites on "Friends" observe the art work is changed every three episodes and artists are highlighted in places like Central Perk.
10. In one episode of "Friends", Joey objects to his female roommate's making their apartment too girlish. When he confronts her, he uses one example in particular of "a baby we don't even know!" on the wall. To which extremely famous photographer is he referring?

Anne Geddes is an Australian born photographer whose work with babies and children in whimsical and sometimes even disturbing poses became part of the scenery of the late nineties. Objects, posters, calendars and other items were selling like hotcakes. William Wegman photographed weimereimer dogs in odd poses.

The other gag with Joey and Elle McPherson was the oft-cited 'Potpourri' incident in which he thought the flower petals were to eat.
Hope you enjoyed this collection.
Source: Author Bruyere 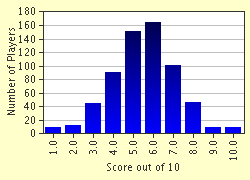