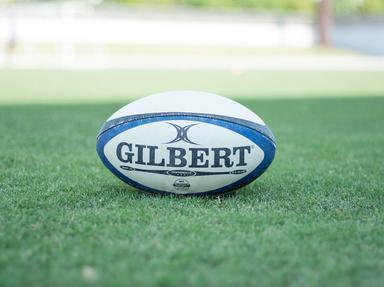 The International Rugby Board was founded in 1886. It is the world governing and law-making body for the game of Rugby Union. Rugby is played in more than 100 countries. The Executive Council of the IRB which meets twice a year, has a membership of 22 with two seats held by each of the eight foundation Unions, Scotland, Ireland, Wales, England, Australia, New Zealand, South Africa, and France.

Play this hour's "Trivia About Rugby Union" mixed quiz game
There are 135 Rugby Union quizzes and 1,350 Rugby Union trivia questions in this category. Free to play!

10 questions
Average, 10 Qns, jonnowales, Aug 01 11
The entire game of rugby union is based on the success or failure of the scrum. If the scrum fails then the backs can't undertake spectacular runs to the goal line and reset after reset is seen. Good luck (All questions neglect existence of youth rules)!
Average
jonnowales
555 plays
2.