My fourth Dylan quiz, this covers all facets of his recording career, including some rarities.

Slash plays on "Wiggle Wiggle", which is one of Dylan's most notorious songs.
2. On what album does Dylan sing Latin?


Answer: Christmas in the Heart

2009 was quite the surprising year for the Dylan faithful, getting "Together Through Life" in April 2009. Then, just a few months later, we get a (!) Christmas album called "Christmas in the Heart". The last time Dylan recorded albums so closely together was in 1970 with "Self Portrait" and "New Morning". The Christmas album is entirely comprised with old Christmas hymns, carols, and Holiday standards (though sadly no "Rudolph the Rednose Reindeer", though Dylan did record the Gene Autry track "Here Comes Santa Claus".)

If you ever want to hear Dylan sing (or more appropriately, mangle) Latin, he sings the first verse of ""O' Come All Ye Faithful" (or "Adeste Fideles") in that long dead language.
3. During the Newport Folk Festival of 1965, Dylan plugged in and played a brief fifteen minute set. What song caused Pete Seeger to go back to the mixing board due to the sound, famously wishing he had an ax to cut the cable?

Dylan sang three opening songs. These were, in order:

Afterward, Dylan left the stage, and at Peter Yarrow's request, Dylan returned and played acoustic versions of "Mr. Tambourine Man" and "It's All Over Now, Baby Blue".

Pete Seeger said this in 2005: "There are reports of me being anti-him going electric at the '65 Newport Folk festival, but that's wrong. I was the MC that night. He was singing 'Maggie's Farm' and you couldn't understand a word because the mic was distorting his voice. I ran to the mixing desk and said, 'Fix the sound, it's terrible!' The guy said 'No, this is what the young people want.' And I did say that if I had an axe I'd cut the cable! But I wanted to hear the words. I didn't mind him going electric."

"The reason they booed is because he only played for 15 minutes and everybody else played for 45 minutes to an hour, and he was the headliner of the festival. [...] The fact that he was playing electric...I don't know. The Paul Butterfield Blues Band (who had played earlier) had played electric and the crowd didn't seem too incensed.

In 'Maggie's Farm,' the beat got turned around, so instead of playing and two and four, (drummer) Sam Lay was playing on one and three. That's an accident that can happen, and it did, so it was sort of a disaster."
4. Dylan has never been a strong singles artist. From the 1960s to the 1990s, What was Dylan's last Top Ten single on the Billboard Top 100?

Dylan has only had four top ten singles in the Billboard Top 100 (all in the 1960s), and has never had a Number One track. The singles are "Like a Rolling Stone" which peaked at Number Two, "Positively 4th Street" (Number Seven) "Rainy Day Women #12 & 35" (Number Two), and "Lay Lady Lay" (Number Seven).

His most successful single after the 1960s was the 1973 single "Knockin' on Heaven's Door", which peaked at Number Twelve.
5. Who produced the 1986 recording "Band of the Hand"?

One of my personal favorite tracks from the 1980s, "Band of the Hand" is the theme for the 1986 film "Band of the Hand". Dylan was touring with Tom Petty and the Heart Breakers at the time, Dylan's backing band for the song. Petty produced the song. Stevie Nicks of Fleetwood Mac fame contributed background vocals. The single peaked at Number Twenty Eight on the Billboard Top 100.
6. Dylan cowrote two songs with Gerry Goffin, which were released on the 1996 album "Back Room Blood". The fist track was "Time To End This Masquerade". What was the second track?


Answer: Tragedy of the Trade

Dylan cowrote both tracks for Gerry Goffin and provides backup vocals and plays guitar on both tracks. The lyrics of "Time To End This Masquerade" feature the phrase "Back Room Blood", which would become the title of the album.

"Tragedy Of The Trade" was written by Bob Dylan, Gerry Goffin, and Barry Goldberg, while "Time To End This Masquerade" was written by Dylan and Goffin.
7. Dylan's tour with The Hawks (soon to be renamed The Band) from 1966 has long been the stuff of legend. However, for three decades the only official release of a live performance from this tour was a live recording of "Just Like Tom Thumb's Blues", a B-Side to a US single from "Blonde on Blonde". What was the A-Side?


Answer: I Want You

Though Dylan's 1966 tour become legendary, the first time Dylan and Columbia officially released a significant body of work from this tour was in 1998 with the release of the 1966 bootleg "The Bootleg Series 4: The 'Royal Albert Hall' Show". Since then, a smattering of other live recordings have appeared from this era, mostly on The Band's box set "A Musical History".

The 1966 show had long been circulating. There are numerous bootlegs of other shows circulating. The setlists between the shows were largely the same.
8. Dylan made a rare public appearance in 1968 with The Band, playing three Woody Guthrie songs. Which song did he NOT play at this performance?


Answer: This Land is Your Land

After Dylan's motorcycle crash in 1966, Dylan would not launch a major tour for eight years. However, he made a few sporadic appearances, the first of which was a performance with The Band in 1968 at a Woody Guthrie tribute show. Dylan backed with The Band performed these three songs in order:

1. "I Ain't Got No Home"
2. "Dear Mrs. Roosevelt"
3. "The Grand Coulee Dam"
9. On an officially released live album, Dylan, poking fun at his numerous bootleggers, introduces a then new song by saying "Here's an unrecorded song. See if you can guess which one it is". What song is it?


Answer: Is Your Love in Vain

In ten years, Dylan released four official live albums. In 1974 he released the double live set "Before the Flood". In 1976 he released "Hard Rain", which for over two decades was the only official live document of the Rolling Thunder Revue. In 1978 he released the double live set "Bob Dylan At Bodukhan", where he made aforementioned comment before going into "Is Your Love In Vain". If you ever wanted to hear Dylan do "Don't Think Twice" reggae style, here's your chance. Then in 1984 he released "Real Live", famous for including a heavily rewritten version of "Tangled Up In Blue".
10. What song from a soundtrack released in 2000 did Dylan win an Oscar for?

While Dylan may have never had a Number One, in 2000 he won an Oscar for the song "Things Have Changed" from the Michael Douglas film "Wonder Boys". Since then, while on tour Dylan always has an Oscar statue sitting on one of the amps near him.
Source: Author berenlazarus 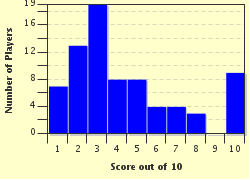