Keg in the Closet Trivia Quiz

If you know this song, than you should do really well because it's only going to be the lyrics. Good luck!

Kenny grew up in Luttrell, Tennessee. He listened to country and rock & roll.
3. True or False-lyrics wise? "...we went to class just to pass the time, back in '69..."

He didn't start thinking about singing until he was out of school.
5. Who taught him what he can't have, in the song?

Kenny got a guitar for a Christmas present and started practicing. He played in his collage bluegrass band.
6. Which word goes in the blank? "We went to ________ just to pass the time back in eighty nine"

He started writing songs. He played for tips almost every night.
7. True or false-lyrics wise? "We all kind of went our same ways..."

Chesney also sings: "Fall in Love", "When I Close My Eyes", and "She's Got it All".
Source: Author pink_panther11 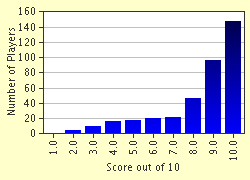 
Other Destinations
Explore Other Quizzes by pink_panther11