This is the tenth and final part of my series of quizzes based on a public survey undertaken by the BBC in 2002 to find the 100 greatest Britons of all time. Unsurprisingly, the quiz covers places 10-1, working in reverse order.

Quiz Answer Key and Fun Facts
1. Which of artist Peter Lely's subjects instructed Lely to paint him "warts and all"?

Oliver Cromwell (b. 1599) was Lord Protector of England, Ireland and Scotland from 1653 until his death in 1658. Although he was a Puritan, his rule marked a period of almost unprecedented religious tolerance in Britain, so far as private worship was concerned. His supporters wanted him to take the title of King, but he refused, although as Lord Protector he had similar powers.
2. What was the first name of Admiral Nelson, who was killed at the Battle of Trafalgar in 1805?

Horatio Nelson (b. 1758) started service with the British Navy at the age of twelve, and by the age of twenty was a captain. He lost the sight in his right eye in the Battle of Calvi in 1794, and his right arm in the Battle of Teneriffe in 1797. Despite his love of the sea, he was a lifelong sufferer of seasickness.
3. Which member of The Beatles made the controversial statement "We're more popular than Jesus now"?

John made the statement in March 1966 in an interview that was printed in the "Evening Standard". The statement was a small part of a large article and in its full context it read: "Christianity will go. It will vanish and shrink. I needn't argue with that; I'm right and I will be proved right. We're more popular than Jesus now; I don't know which will go first - rock 'n' roll or Christianity. Jesus was all right but his disciples were thick and ordinary. It's them twisting it that ruins it for me."

The remark passed virtually unnoticed in the UK. However, part of the remark was printed on the cover of the American magazine "Datebook" a few months later. Faced with the choice of reading the whole comment, taking it in context and perhaps engaging in an informed debate, or burning The Beatles' records, banning the playing of their records, issuing death threats and forcing concerts to be banned, the American religious right opted for the latter.

It was after this incident that The Beatles decided to stop touring, for a variety of reasons. John always said that he was thankful to Jesus for bringing their touring days to an end, as he was beginning to feel worn down by them.
4. Which English monarch allegedly declared - "I have no desire to make windows into men's souls"?

Queen Elizabeth I (b. 1533) ruled England from 1558 until her death in 1603. She had a turbulent early life, with her mother, Anne Boleyn, being beheaded when Elizabeth was two years old. She was declared illegitimate but still named in the line of succession by her father, Henry VIII. Her sister, Mary I, had her imprisoned in the tower for a while. She was ruler when the Spanish Armada was defeated in 1588. Elizabeth was protestant and bore the title of Supreme Governor of the Church of England. Under her rule, the Heresy laws were repealed.

The saying in the question allegedly continues "there is only one Jesus Christ and the rest is a dispute over trifles".
5. Cambridge University's Lucasian Chair in Mathematics was endowed in 1664. Isaac Barrow was the first person to hold the title of Lucasian Professor of Mathematics; who was the second?

Isaac Newton (1643-1727) is best known for his law of universal gravitation, and for his work in the field of optics. He shares credit with Gottfried Leibniz for the invention of infinitesimal calculus, though they worked independently and there was great controversy in their lifetime as to who had the greater claim to the invention.

In common with all professors at Cambridge in the 1660s, the Professor of Lucasian Mathematics was required to take holy orders. However, at Newton's request, King Charles II abolished this requirement for the Lucasian Chair.
6. Which famous author died on 23rd April 1616, and was apocryphally said to be born on the same day some 52 years earlier?

Although there is no evidence that Shakespeare was definitely born on 23rd April, which is also St George's Day, he was baptized on 26th April, so it is possible. He is possibly the world's most famous author. The Oxford English Dictionary credits him with introducing around 3,000 words into the English Language.

Many of the expressions we use today stem from Shakespeare - if his work is all Greek to you, that's because the phrase originates with him. His sayings have become household words, another phrase coined by Shakespeare.
7. Which island group gave naturalist Charles Darwin the richest source of study for his work "On the Origin of The Species"?

Charles Darwin (1809-1882) sailed on "The Beagle" from 1831 to 1836. The main purpose of the voyage was to complete a hydrographic survey of the southern coast of South America. Darwin was invited on the voyage to provide a companion of equal social standing to the Captain, Robert Fitzroy. The previous captain of "The Beagle" had committed suicide, as had Fitzroy's uncle and he wanted some company to distract him on the long voyage.

Darwin spent over three years of the voyage on land. Whilst in the Galapagos, he noted variations of the same species from island to island. His studies from the islands and elsewhere on his voyage led to the publication of "On the Origin of the Species ..." in 1859. In the early nineteenth century, it was believed that all species were created directly by God. The idea of evolution was not a new one, but it was Darwin who put forward the theory of evolution by natural selection, and it was his work on the subject that led to it being widely accepted.
8. The third greatest Briton on the list once said "I would like to be a queen in the hearts of the people". Who was she?

In common with most other royals, Diana, Princess of Wales (1961-1997) carried out duties for charities. She is particularly remembered for her compassion towards AIDS patients, and for her campaign against landmines. She had a "hands on" approach to people and was often photographed cuddling sick children. Sadly, she died in a car accident in Paris.
9. Isambard Kingdom Brunel (1806-1859) is possibly the most famous name in British engineering. Which of these is NOT one of his designs?

The Clifton Suspension Bridge is some 200' above the River Avon and at over 700' long, had the longest span of any bridge in the world when it opened in 1864. Brunel designed it whilst recovering from an accident sustained when working on the Rotherhithe Tunnel under the Thames. Windsor Railway Bridge is Britain's oldest wrought iron railway bridge (opened in 1849). The Royal Albert bridge at Saltash, Cornwall, spans the River Tamar and is over 100' above the water.

Tower Bridge was designed by Horace Jones and completed in 1894.
10. Our Number One Briton was born in the nineteenth century and steered Britain through a time of great crisis in the twentieth century. His aristocratic background (he was born in Blenheim Palace) and fondness of cigars and alcohol did not work against him electorally. Who is he?

Winston Churchill (1874-1965) had a long and varied career. He was a journalist at the time of the Boer War and was taken as a prisoner of war. He was First Lord of the Admiralty at the start of World War I, but lost his post after the Gallipoli campaign. He then saw active service on the Western Front. In the thirties, he was one of the first to speak out against German rearmament.

Churchill was reappointed as First Lord of the Admiralty just after the outbreak of World War II. He became Prime Minister in May 1940. He would not consider a settlement with Germany and his stirring speeches heartened a population who were battered by German air raids, and suffering the deprivations of rationing.

His health declined. An Act of Congress made him an Honorary Citizen of the United States in 1963, but he was too frail to attend a ceremony. He died in January 1965 and was given a state funeral. I've an early memory of the crane jibs being lowered in a salute as as his coffin was conveyed a short distance on the River Thames. Thousands of people turned out to see the procession pass. He is buried in the churchyard at Bladon, Oxfordshire, close to Blenheim Palace.
Source: Author Supersal1 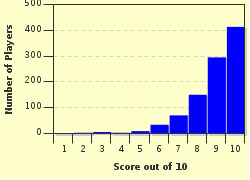