This is the ninth of a series of quizzes based on the results of a public vote undertaken by the BBC in 2002. Working in reverse order, this quiz will cover numbers 20-11.

Quiz Answer Key and Fun Facts
1. Alexander Fleming is famous for discovering Penicillin. In which country was he born?

Alexander Fleming was born in East Ayrshire in 1881. Though he initially discovered Penicillin in 1928, he concluded that it would not be of practical use due to the time it took to work, and the difficulties involved in mass production. It was left to Ernst Chain and Howard Florey to develop it, and by the time D-Day arrived in 1944 enough had been produced to treat the Allied forces. However, Fleming correctly established that Penicillin should only be used where medically necessary, and stressed the importance of using sufficient quantities for a sufficient amount of time. He also correctly predicted that antibiotic-resistant bacteria would develop.

In 1945, together with Florey and Chain, Fleming received the Nobel Prize in Medicine. He received a knighthood in 1944. He died in 1955 and his ashes were interred in St Paul's Cathedral.
2. Which of Paul McCartney's compositions had the working title "Scrambled Eggs"?

According to the Guinness Book of Records, "Yesterday" has the most cover versions of any song, with over 3,000 recordings! Paul has said that he dreamed the tune one night. When he woke up, he hurriedly played it on the piano and recorded it on a tape recorder before he forgot it! He worried that he was subconsciously plagiarising the tune and spent several weeks playing it to people, asking if they had heard it before. Paul originally had the line "Scrambled eggs, ooh baby, how I love your legs" stuck in his head. I wonder if the song would have been quite so successful if he'd have continued in that vein.
3. To which royal house did Queen Victoria belong?

Queen Victoria (1819-1901) was the last ruler of the House of Hanover, which had started with George I in 1714, succeeding the Stuart dynasty. Victoria's husband Albert was from the house of Saxe-Coburg-Gotha and their son Edward VII became the first ruler from that house. His son, George V, changed the family name to Windsor during World War I to remove the German connotations.

Queen Victoria didn't really offer much as a ruler, as she held very little political power. Her popularity dipped when she went into seclusion for years following the death of Albert in 1861. However, she presided over a huge empire for over sixty years, and remains a figurehead for an era of great social and scientific advancement.
4. A name from the world of show business next. Presumably, Michael Crawford is included because of his theatrical triumphs, including "The Phantom of the Opera" and "Barnum". However, knowing the British sense of humour, he could well have been voted in for his portrayal of which gormless character from "Some Mothers Do 'Ave 'Em"?

Michael Crawford was born Michael Patrick Dumbell-Smith in 1942. He had a varied career in stage, film and TV before appearing in "Some Mothers Do 'Ave 'Em", which ran from 1973-1978. Michael did all his own stunts in the show. He appeared on stage as Billy Liar in 1974, Barnum in 1981 and The Phantom in 1986. He was awarded an OBE in 1986.
5. Arthur Scargill is most associated with which Trade Union?

Arthur Scargill (b. 1938) was leader of the Yorkshire branch of the National Union of Mineworkers from 1973-1981, when he became leader of the whole union. He led the Union against the Conservative government in the 1984/5 miners' strike. Seen by some as an out-of-date dinosaur, he was accused of paranoia with his predictions that government policy would lead to the death of the UK mining industry. However, over 150 pits closed between 1984 and 1994, decimating some communities that had relied on the industry for their survival.

In 1996 he formed the Socialist Labour Party, as he felt that New Labour had strayed too far from its working-class roots.
6. Arthur Wellesley (1769-1852) is better known as the Duke of?

Arthur Wellesley was born in Dublin. He joined the army in 1786 and served in India and the Netherlands. He became MP for Hastings in 1806. He took up his military career again to fight the French in the Iberian Peninsula. Wellesley was created the first Duke of Wellington in 1814. In 1815 troops under his command famously defeated Napoleon at the Battle of Waterloo.

The Duke of Wellington was Prime Minister of a Tory government from 1828-1830. His tenure is not generally thought a success; an old fashioned Tory, he was resistant to parliamentary reform, fearing a repeat of the French Revolution in Britain.
7. Which King of Wessex is known as "the Great"?

King Alfred (849-899) defeated the Vikings at the Battle of Edington in 878, thus stopping their invasion further west. However, possibly his greatest achievement was negotiating a diplomatic peace treaty with the Vikings, giving them the north and east of the country and leaving Wessex (from Devon to Kent) under Anglo-Saxon control. King Alfred was also a good peacetime ruler, reforming laws and promoting education and learning.

He is the only English or Anglo-Saxon king to have the epithet 'the Great'.
8. Which organisation was founded by Robert Baden-Powell (1857-1941)?

Robert Baden-Powell wrote "Aids to Scouting" as a military manual, following his experiences fighting in Africa. He was involved with the Boys' Brigade and rewrote the manual to adapt it to young readers. Agnes Baden-Powell, his sister, founded the Girl Guide movement. Today, there are something like forty million members of the Scouts and Guides worldwide.
9. Which famous explorer had a ship named "Endeavour"?

James Cook (1728-1779) is best remembered for discovering the east coast of Australia in 1770. He was also the first person to circumnavigate New Zealand and he successfully charted its coastline. He was killed in the Hawaiian Islands in 1779, whilst unsuccessfully trying to find a Northwest Passage between the Pacific and Atlantic oceans.
10. What was Ernest Shackleton trying to do on his expedition which began in 1914?

Ernest Shackleton (1874-1922) had accompanied Robert Scott on an expedition to the Antarctic 1902 and also led another expedition there in 1907-1909. During this time, members of his party became the first men to climb Mount Erebus.

Early on in his transantarctic expedition, in January 1915, Shackleton's ship, the Endurance, became stuck in an ice floe. They drifted until November, when it became apparent that the Endurance's hull was being crushed by ice. The party set up camp on an ice floe, hoping to drift to Paulet Island. After their ice floe began to break up, the men took to the lifeboats and eventually landed on the uninhabited Elephant Island, over 500 miles south of the Falkland Islands.

After adapting one of the lifeboats, Shackleton and five of the men undertook a harrowing sea journey to South Georgia, where he was able to arrange the rescue of the rest of the party left behind on Elephant Island. This group was rescued some ten months after the party had abandoned the Endurance. Astonishingly, despite the incredible hardships the whole party had faced, there were no fatalities.
Source: Author Supersal1 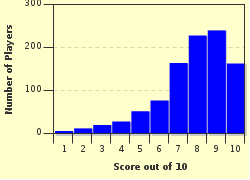