King Edward VI died young, so today he is less well-known than his father and sisters. Here is a quiz to see how much you know about him.

Quiz Answer Key and Fun Facts
1. Who was Edward's father?

His father, of course, was the larger-than-life King Henry VIII. He died when Edward was only nine years old.
2. Who was Edward's mother?

Jane Seymour was Henry VIII's third wife. She gave birth to Edward on October 12, 1537 at Hampton Court Palace, and died of puerperal fever when Edward was only twelve days old.
3. Edward had two older half-sisters from his father's previous marriages. Who were they?

Mary was 19 years older than Edward; she was the daughter of Henry VIII and his first wife, Katharine of Aragon. Elizabeth was only four years older; her mother was Henry's second wife, Anne Boleyn.
4. On Edward's accession, who was named Protector of the Realm until he came of age?

Ignoring Henry VIII's will which stated that a council of 16 was to rule until Edward reached his majority, Edward Seymour, Earl of Hertford, later Duke of Somerset, took over as Protector. He was Edward's maternal uncle. After he was executed later, John Dudley, Earl of Warwick took his place.
5. What religion was Edward?

Edward was a Protestant and he was very distressed that his sister Mary insisted on clinging to Catholicism.
6. Who did Edward marry?

Although Lady Jane Grey and Mary, Queen of Scots were discussed as possible brides for Edward, he never married. I made up Princess Olga of Russia. :-)
7. In 1549 Edward was forced to agree to the execution of another maternal uncle, Thomas Seymour. What was the charge?

He was charged with high treason, for attempting to kidnap Edward and for plotting to marry Princess Elizabeth.
8. What is Edward chiefly remembered for today?


Answer: The Book of Common Prayer

During his reign the Book of Common Prayer was commissioned. Although it has gone through a number of revisions, it survives to this day in Anglican and Episcopalian churches. It marked the first official prayer book in English rather than Latin.
9. Where is Edward buried?

He is buried in Westminster Abbey near the tomb of his paternal grandfather, Henry VII. Edward died on July 6, 1553 at Greenwich Palace, at the age of 15. It is thought that he died of tuberculosis, although he possibly had congenital syphilis too.
10. Who succeeded Edward on the throne?

Although Edward's sisters Mary and Elizabeth were first in line of succession, on his deathbed he was persuaded by his Protector, Dudley, to bequeath the throne to his second cousin Lady Jane Grey, who happened to be Dudley's daughter-in-law. She reigned for only nine days before being overthrown by Mary. Mary reigned for five years, then was followed by Elizabeth.
Source: Author angiely 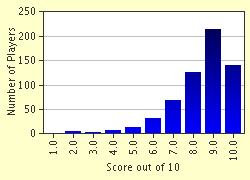 
Other Destinations
Explore Other Quizzes by angiely